• Simulations and projections assume that Rams wide receiver Van Jefferson will not play.

• Josh Allen and Cooper Kupp are two of the most rostered players in Showdown contests. Kupp shows positive leverage as the CPT selection, while Allen is a better FLEX choice.

• Darrell Henderson projects as the most valuable mid-tier FLEX option.

You must choose one captain (CPT), who costs and is scored at 1.5 times the standard values. The CPT designation opens up another layer of strategy while exponentially increasing the number of possible lineup combinations, which is important for reducing duplicate winners and split prizes. I wrote a primer on playing this format, with details on historical positional trends and salary usage.

• A breakdown of methodology and the most similar historical matchup to this game: 2014 Week 5 Indianapolis Colts–Baltimore Ravens, featuring Andrew Luck as Josh Allen and Steve Smith Sr. as Cooper Kupp.

• Comparison of player ownership projections for FLEX and CPT, produced by a model trained on 2018-2022 Showdown contest results to optimal allocations.

The spread and over/under are similar in these matchups (Colts -2.5, 49.5 O/U versus this matchup at Bills -2.5, 52 O/U). All the players aren’t perfect matches, but that’s why we use 100 similar matchups and not just the single most similar. 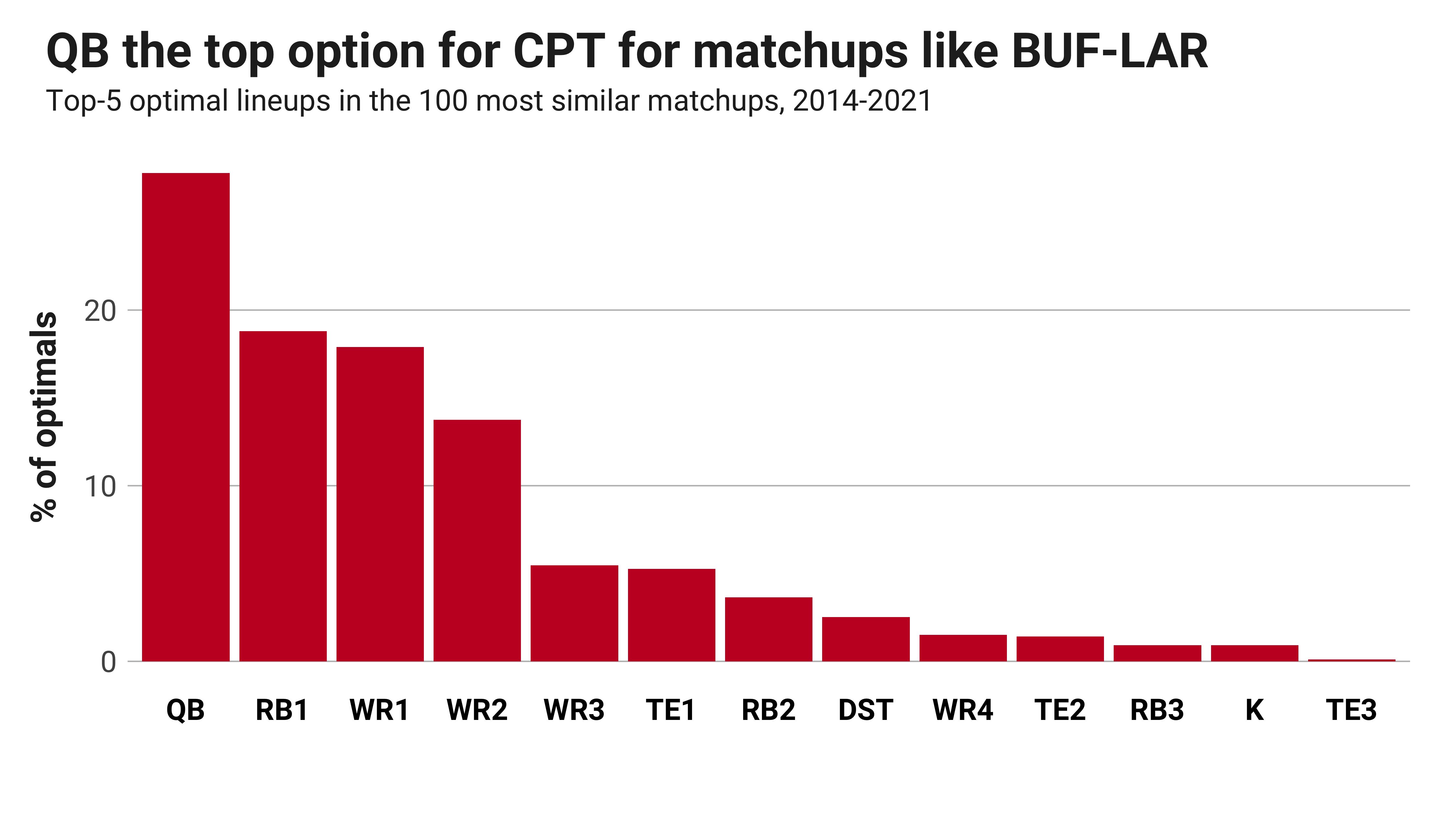 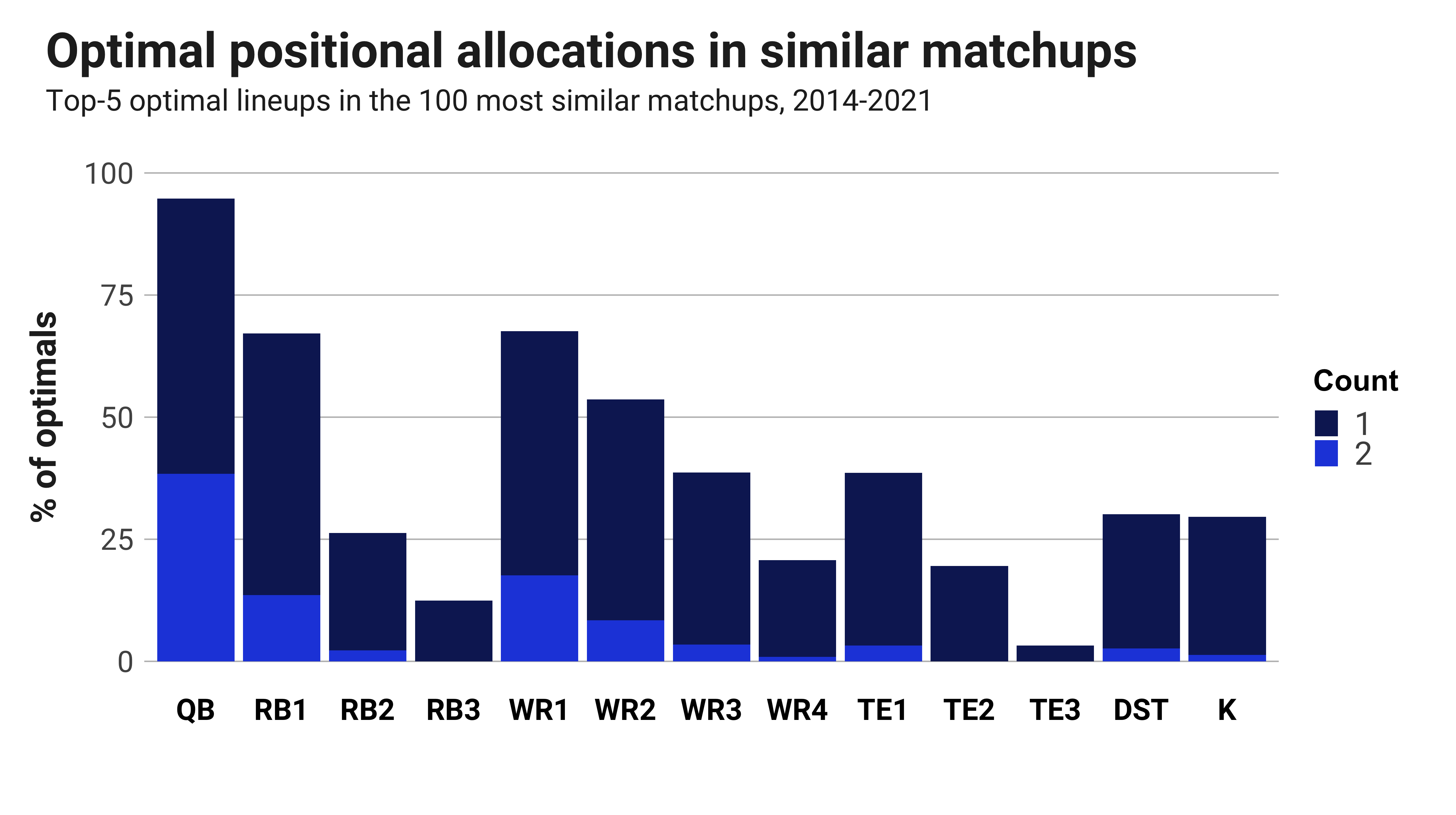 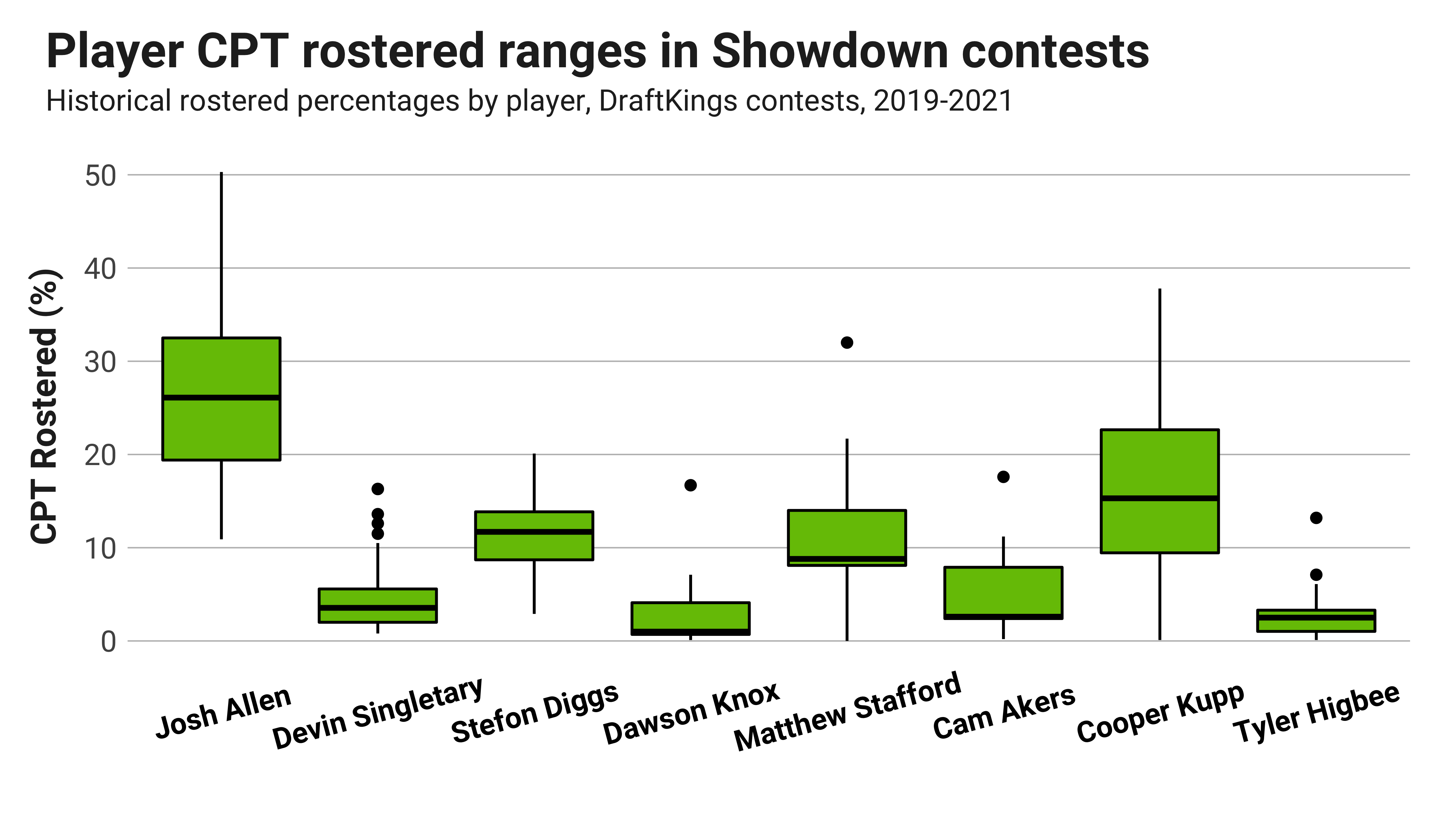 This is where the analysis comes together and becomes actionable. What’s most important when viewing these numbers is to contrast them with the optimal numbers taken from the analysis above for different positions. Then, we see where the leverage may exist.