How hard is it to repeat as a top-12 fantasy WR?

Last week I shared observations and trends about the past five years of PPR top-12 running backs. We learned that just 35 percent of running backs repeat as top-12 performers year-over-year and that there hasn’t been a repeat overall PPR RB1 for 16 years.

What about the wide receiver position? Before I even began the research, I knew this would look a little different because of Antonio Brown’s recent three-season streak as the overall PPR WR1 (2014-2016). My perception was that wide receivers have been a little more consistent from year to year and that this group would beat 35 percent pretty handily. Was I right? And what else did I uncover?

Here’s what I gleaned from my research regarding year-to-year consistency, rookie production, and the importance of rushing and receiving production to overall fantasy finishes. 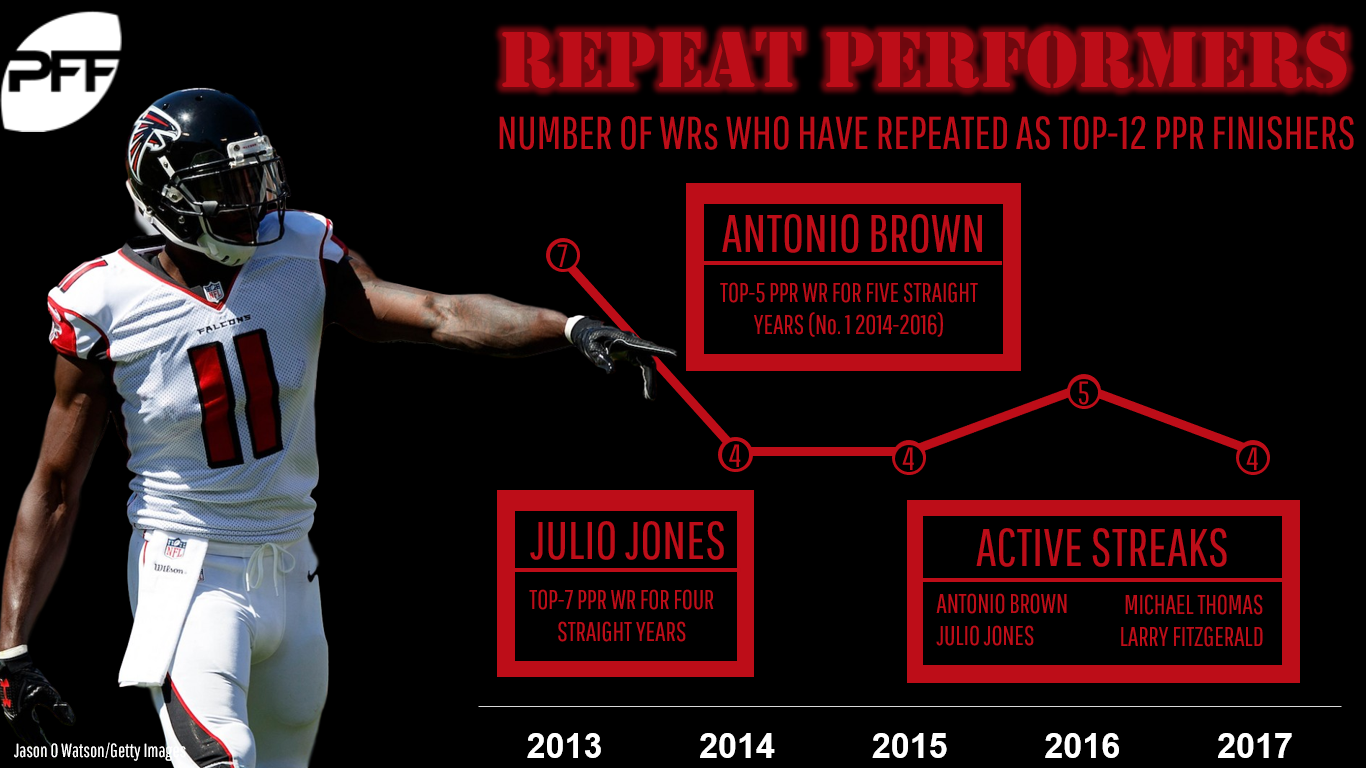 If it weren’t for Brown’s incredibly stable elite production, this piece could have been about Julio Jones.

Big drop at the top

There is a gentler drop-off in scoring from PPR WR1 to PPR WR2 (and even PPR WR3) than there is from PRR RB1 to PPR RB2.

It doesn’t take double-digit touchdowns to finish as a top-12 PPR wide receiver, but over the past five seasons, it has typically required five trips to the end zone.

Well, there you have it. I think the biggest takeaway from this research was that wide receiver hasn’t really been more stable year to year than running back when considering fantasy scoring reproducibility. We also identified some very solid markers for entry into the top-12 from a production standpoint. While every season writes its own story, the recent past should at least be carefully considered when projecting what will happen in the near future.