NASHVILLE, TN - SEPTEMBER 11: Adam Thielen #19 of the Minnesota Vikings catches a pass during a game against the Tennessee Titans at Nissan Stadium on September 11, 2016 in Nashville, Tennessee. The Vikings defeated the Titans 25-16. (Photo by Wesley Hitt/Getty Images)

Stats are misleading. Yet, in fantasy football, they’re often the sole basis for our perception of a particular player. It makes sense. We score points as players accumulate stats. But does the box score tell the whole story? Of course it doesn’t. To truly evaluate a player’s fantasy potential, we need to dig deeper beyond the superficial numbers and get a better understand of player production. Today, I’m going to show you how we can do just that with expected production (xPro).

Simply put, expected production is a way of calculating the anticipated statistical output of any player on any play given the historical productivity of all players in that exact situation. It’s an all-encompassing view of performance that includes passing, receiving, and rushing the football. This is a similar concept to Scott Barrett's “actual opportunity” but without a focus specifically on fantasy points. Using this methodology, we can quickly determine which players overperformed and underperformed in a given year.

While some players are chronically on one side or the other of the mean throughout their careers, expected production can provide a good sense of regression candidates, both positive and negative. The end result is an enhanced ability to identify value along with players to avoid on draft day. Expected production can also be used during the season to pinpoint regression candidates to target or unload in trades. 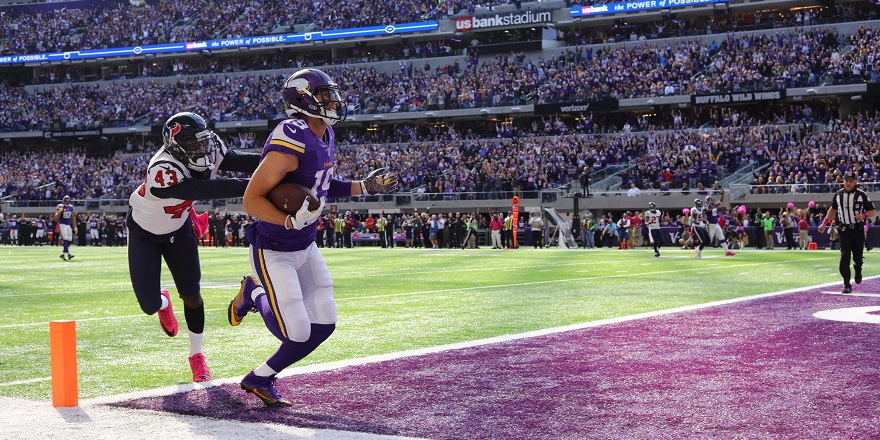 At PFF, we now have data going back to 2006. This treasure trove of information tracks every imaginable aspect of each play. Sure, we have the basic stats (yards, receptions, etc.), but our database also contains advanced stats (target depth, yards after contact, etc.) along with key details about each play like the direction of the play, the offensive and defensive packages, and much more. This rich set of information allows great context to player production and enables us to compare across seasons to establish an expected baseline of productivity in a given set of conditions.