Sadly, it’s the last week of CFB DFS here already. The season flew by, but we had some fantastic fantasy football weeks and we’ve got one more shot at cashing in on Saturday’s eight-game championship slate, so let’s save the tears for next week.

Important notes: In flex spot one, we can play a running back or a wide receiver. In the superflex spot, we can use any player in the pool. If you’re looking for tight ends, they are all listed at wide receiver.

Here are some of my favorite plays for the Saturday noon main slate on DraftKings (8 games) in Championship Week: 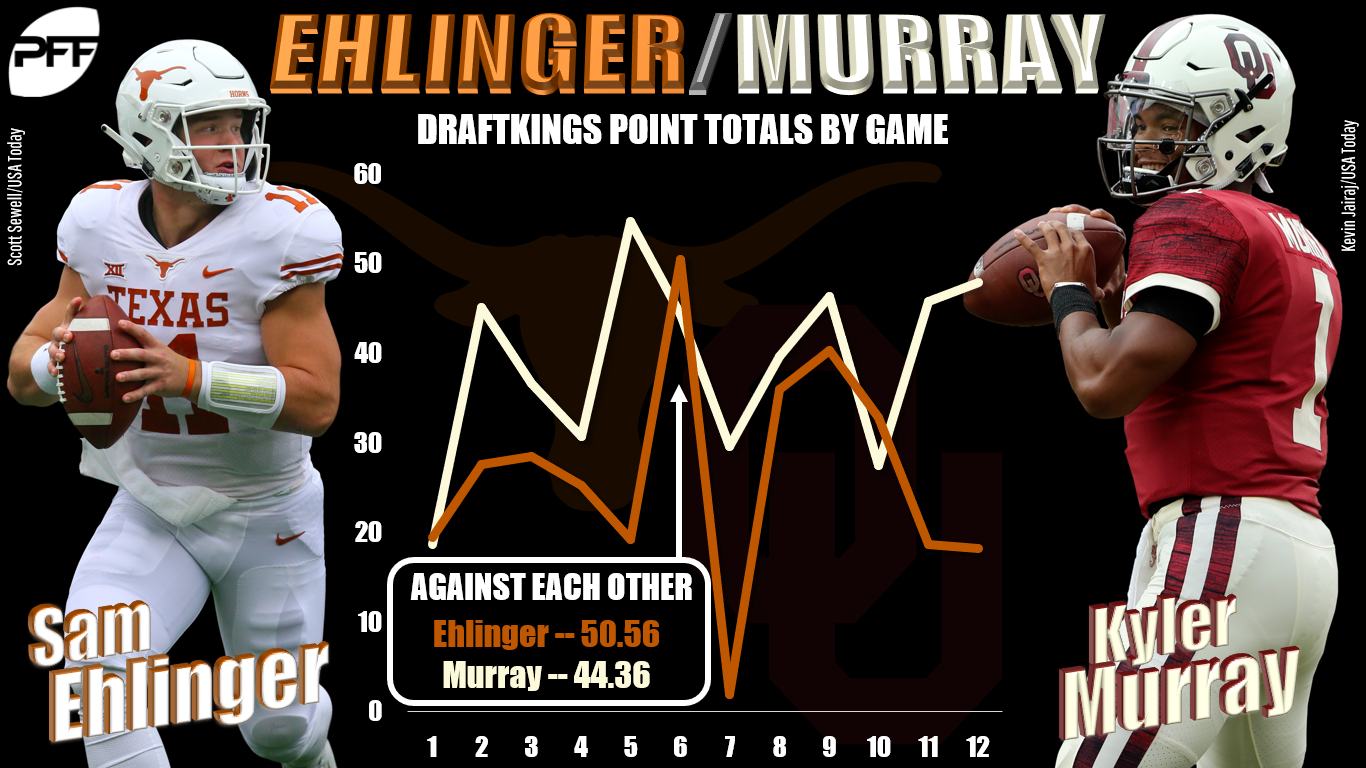 In Oklahoma’s first matchup with Texas, Murray was a DFS week winner, posting a passing line of 304/4 and a rushing line of 92/1. For a salary of over $10k, you expect an insulated ceiling, and Murray provides just that, having scored over 39 DK points six of his last eight games.

Yep, it’s a classic game-stack opportunity, and I think it’s the key to the week. Ehlinger and Murray will be in a full-on shootout all day and could be the two highest-scoring players of the week. Ehlinger’s best performance of the season came in the upset against the Sooners. He put up over 50 DK points in the first matchup between these teams and Oklahoma’s defense hasn’t shown much in the way of resisting qualities since then, either.