Hello, and welcome to the Week 8 Actual Opportunity report. This is our weekly look at the players with the most fantasy potential based on volume, and how effective they’ve been with it. If you’re unfamiliar with Actual Opportunity, you can read the in-depth explanation here.

After seven weeks of action, here are the top-30 players in expected fantasy points per game: 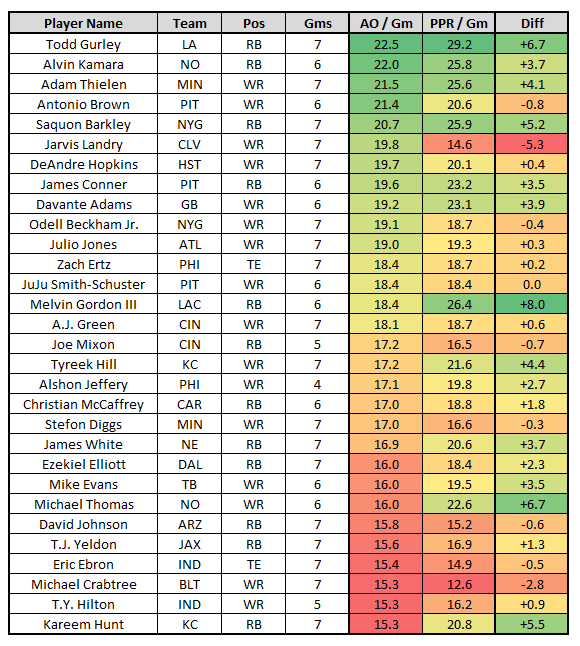 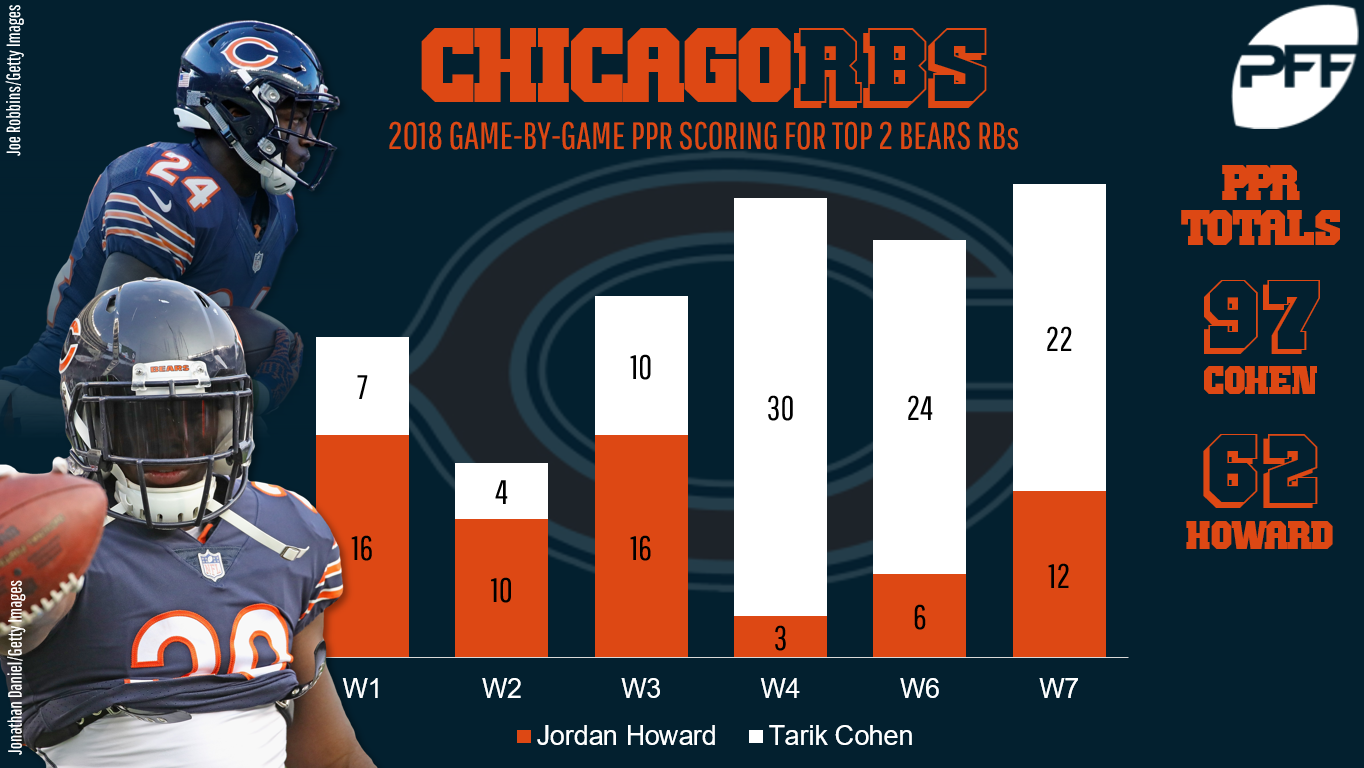 Most impressively, is how Cohen is being used as a receiver. He’s run 22 of 68 routes listed as a wide receiver and is averaging 49.3 air yards per game, which would be most by any running back this past decade (by 13.4) and one of only four seasons above 20.0. Although Cohen did benefit from negative gamescript in two of these games, I have a hard time imagining his heavy usage doesn’t stick, given his effectiveness. He totals 378 yards and three touchdowns across these three games and has helped Mitchell Trubisky post his three best career games in terms of yardage or fantasy points.