The NFL draft is over and the rookie drafts and MFL10s are in full swing. With all the rookies entering the mix, ADP values are going to be changing a ton in the coming weeks. It’s one of the biggest pros of participating in early drafts – finding value.

As we sit here in the first week of May, there are definitely some nice values emerging. Here’s a look at some players that lasting longer than they should in drafts currently.

(Current ADP from Fantasy Football Calculator and 2018 PFF rankings are based off standard formats.)

Robinson is coming off a major injury. He is on a new team and will need to develop chemistry with a new quarterback. Yet he is the wide receiver currently going outside the first three rounds that has the best chance to finish inside the top 10 at the position.

Leaving Jacksonville might give Robinson just the boost he needs to get back to being a fantasy WR1. During his breakout campaign in 2015 he ranked 13th among wideouts in yards per route run (2.17) and first in deep receiving yards (672).

New Bears coach Matt Nagy will attack offenses downfield and Robinson fits that mold. He should gel well with Mitchell Trubisky as he works his way back from a torn left ACL. Robinson will be a huge asset near the goal line. During his last two full seasons, he was targeted 29 times inside the 10-yard line, pulling in 14 touchdowns and a two-point conversion. 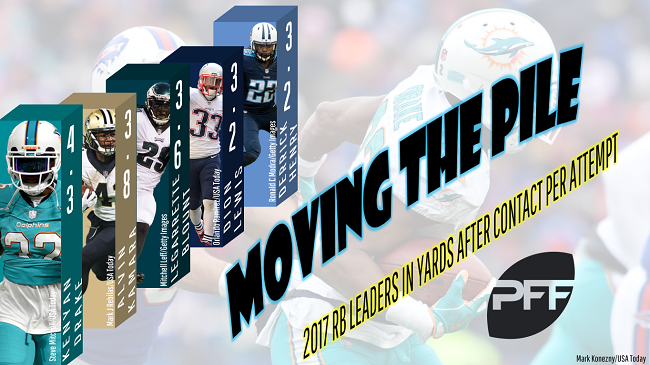 The Dolphins weren’t happy with Jay Ajayi when they shipped him away in a trade, but the primary reason they dealt him to the Eagles was to give Drake an extended look and he took advantage of the opportunity.

From Week 9 on, he finished ninth among running backs in fantasy points as he rushed for 619 yards on 123 carries (5.0 YPC, 4.5 YAC) and three touchdowns and pulled in 29 of his 38 targets for 232 additional yards and another score.

The team added the soon-to-be 35-year-old Frank Gore as depth in free agency, but the bigger concern for Drake’s fantasy status is rookie Kalen Ballage, who resembles Drake in many ways. In the short term, Drake figures to see the bulk of the carries and he offers top 15 upside in 2018. He’s bulked up 5-10 pounds this offseason in anticipation of a heavy workload.

Edelman’s 2017 campaign ended before it started when he tore his ACL in his right knee during the preseason. He’s expected to be near 100 percent by time training camp and opens up and should slide back into his role as the Patriots’ primary slot receiver.

New England remains loaded with weapons, but they traded Brandin Cooks and lost Danny Amendola in free agency. That will open up targets. Edelman will be 32 later this month and was declining a bit before the injury. Still, he finished with a career-best 1,106 yards on 98 catches in his last full season.

Another 90-catch campaign should be within reach for Edelman as long as both he and Tom Brady stay healthy in 2018. Durability is his biggest drawback. Edelman has only managed to play 16 games twice in nine pro seasons. A healthy return to the practice field will cause his ADP to soar, so get him cheap while you still can.

Stafford often goes overlooked, but over the long haul the veteran has proven to be valuable fantasy asset. In six of the past seven seasons, the Lion has finished in the top 11 in per-game fantasy points. Last year he finished as QB6 on his way to passing for 4,446 yards and 29 touchdowns.

Despite Matt Patricia taking over as the head coach in Detroit, Jim Bob Cooter was retained as the team’s offensive coordinator and that should help keep Stafford’s production in line. Since Cooter’s promotion to OC seven games into 2015, Stafford has completed 66.3 percent of his passes and averaged over 272 yards per contest.

Patricia wants the Lions to run more, but Stafford is still going to a rock-solid fantasy option for owners who to decide to wait. By no means should he fall to the 15th quarterback off the board. 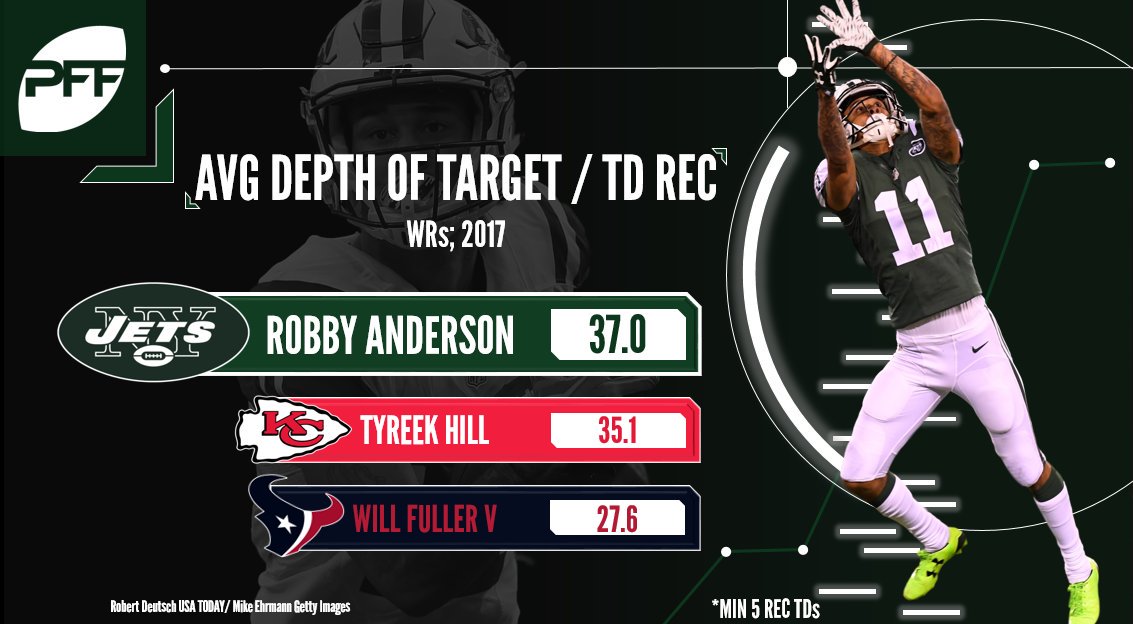 Anderson was one of the biggest fantasy surprises of 2017. The undrafted free agent amassed 941 yards and seven touchdowns on 63 catches and 111 targets. Every one of his scoring plays came on deep passes. Only Kenny Stills has seen a larger percentage of his PPR production come on deep-ball passes than Anderson over the past two seasons.

Before Josh McCown went down in Week 14, Anderson was on fire. Weeks 6-13, only Antonio Brown and Marvin Jones Jr. scored more standard fantasy points. His 16.1-yard average depth of target and 10.7 yards-per-target average were elite during that span.

The youngster has already found his way into some offseason trouble, but if he stays on the field his future is bright. The felony charges that were hanging over him earlier in the offseason have been dropped, but a possibility of a suspension remains.

Johnson carries more value in PPR formats, but owners in non-PPR leagues shouldn’t sleep on him. His volume as a receiver has been enough to remain viable in these setups. He finished inside the top 40 in each of his three seasons as a pro.

The Browns added so many weapons this offseason and that will make it hard for Johnson to see the 90 targets he did a year ago, especially with Jarvis Landry now working underneath. With Carlos Hyde and Nick Chubb both in the backfield 82 rushing attempts seem unlikely as well.

Johnson might be hard-pressed to match his career-high marks from 2017 in receptions (74), total yards (1,041) and touchdowns (7). However, expect Hyde and Chubb to battle each other more for snaps while Johnson remains the third-down back with a significant role. He’s too valuable not be considered a worthy flex in any format.