Draft Daily: Non-Power-5 edge prospects worth keeping an eye on

The PFF Draft Daily will hit on a number of NFL Draft-related topics including recent news, scouting reports, PFF draft takes and much more on a daily basis.

For today's Draft Daily, I’m going to focus on the 2017 edge class. Earlier this week, I ranked the top edge defender prospects heading into April. Here, however, we're going to take a look at the non-Power-5 prospects worthy of consideration come draft time.

I can’t think of a better non-Power-5 edge class in recent memory. It may not have a Khalil Mack, but there are more than a handful of prospects that will be off the board before Day 2 of the draft comes to a close. We didn’t include non-FBS guys in our first rankings because of a lack of data, but here are some of my notes so far on non-Power-5 guys who could go early: 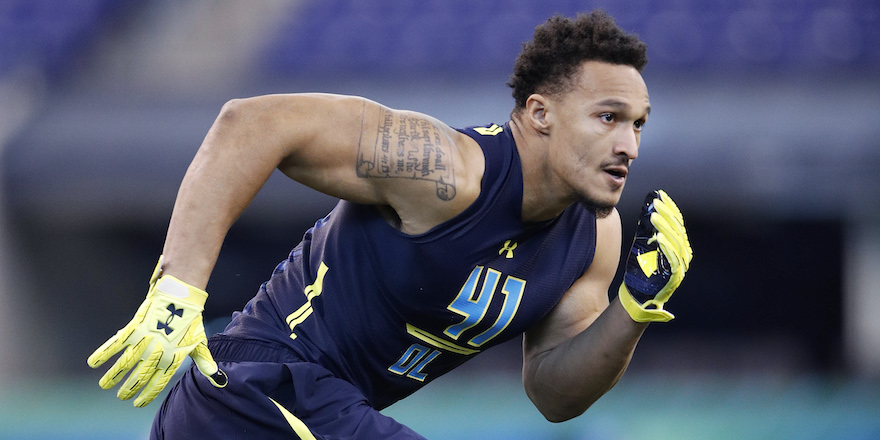 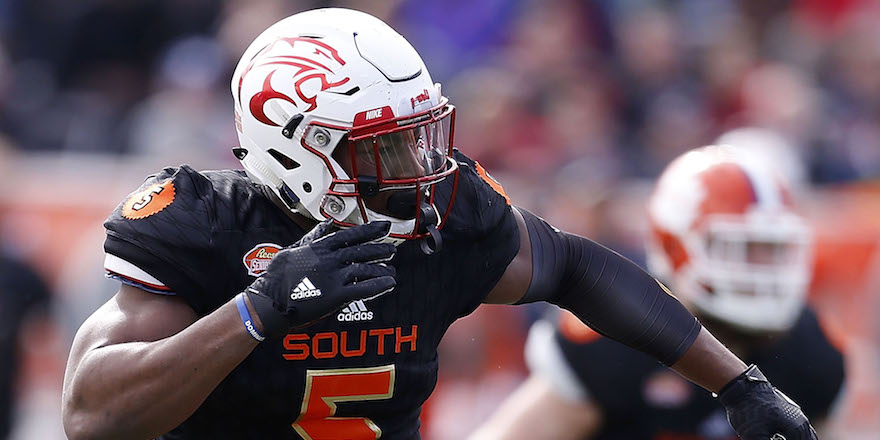 I truthfully haven’t heard so much as a whisper about former Arkansas edge defender Deatrich Wise Jr. in the national media this draft season. He was a Shrine Game invitee who finished with 5.5 tackles for a loss and 3.5 sacks a season ago. Those numbers don’t do him justice, though. One of the biggest oddities with Wise, and likely the reason he’s received little to no draft hype, is the fact that he played only 488 snaps as a senior and 375 snaps as a junior.

My favorite EDGE prospects that won't go Round 1:

I truthfully couldn’t care less about his limited playing time, though. Wise has the tools to be a starting 3-4 defensive end with legitimate pass-rushing ability. His first punch is arguably the best in this class, and with 35 5/8-inch arms, he gets the first strike routinely. He’s nothing special athletically, with only a 4.92-second 40-yard dash at the combine, but that’s not where Wise is going to win. He has uncommon bend for a player at 6-foot-5, 274 pounds, as illustrated by his 7.07 3-cone. It’s rare that Wise isn’t in control of the interaction.

This isn’t to say that Wise is without flaws. He didn't see the field more at Arkansas because he struggled mightily anchoring versus double-teams. That might force him to play outside the tackles in the NFL, where his pass-rushing isn’t quite as effective. Still, I’m not sure there are many better pure interior pass-rushers in this class, and that role has a ton of value in today’s NFL.

Sign up for PFF Draft Pass for exclusive stats and analysis of the top 250 NFL Draft prospects.