Tyler Badie has fallen a bit in mock drafts post-combine, but he is still solidly in the middle of Day 3 and has the 11th-best expected draft position among backs in the class. He had an underwhelming NFL combine, posting a 4.45-second 40-yard dash at only 197 pounds. 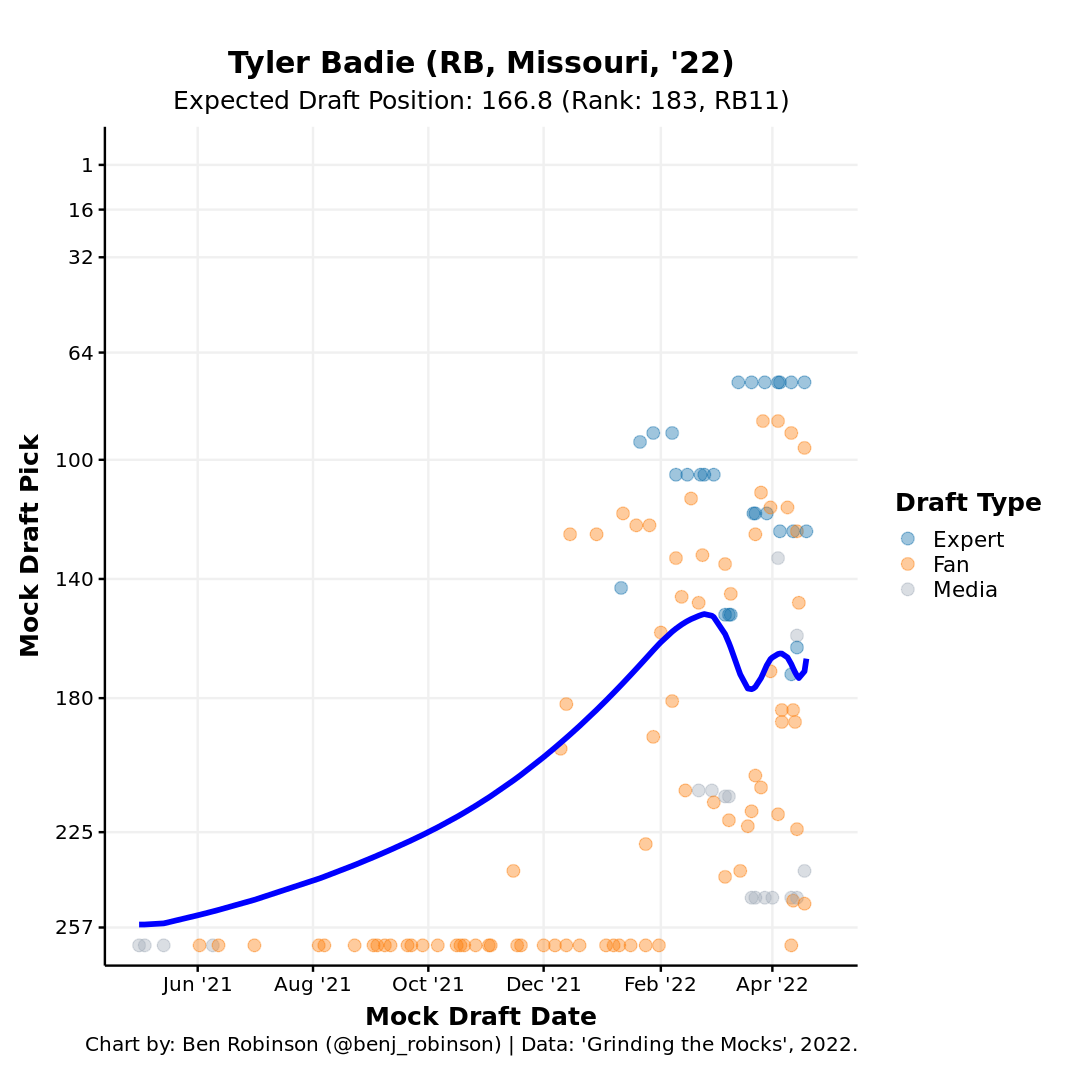 The Missouri product's sub-200-pound weight doesn’t disqualify him for a workhorse role in the NFL, but it calls into question whether his elite usage in both the running and passing games will translate to the NFL.

He functioned mostly as a receiving back until his senior season in 2021 when his rushing attempts jumped from a previous season-high of nine per game to over 22 per game while gathering a team-leading 54 receptions on 68 targets.