Pierre Strong Jr. wasn’t commonly a part of “fan” mock drafts until after his breakout performance at the 2022 NFL Combine, where he posted a class-best 4.37-second 40-yard dash, a 36-inch vertical and a 10-foot, 4-inch broad jump.

The South Dakota State product also posted a 6.95-second three-cone drill at his Pro Day. He currently has the 14th-ranked expected NFL draft position among running backs and has been mocked by experts as early as the fourth round. 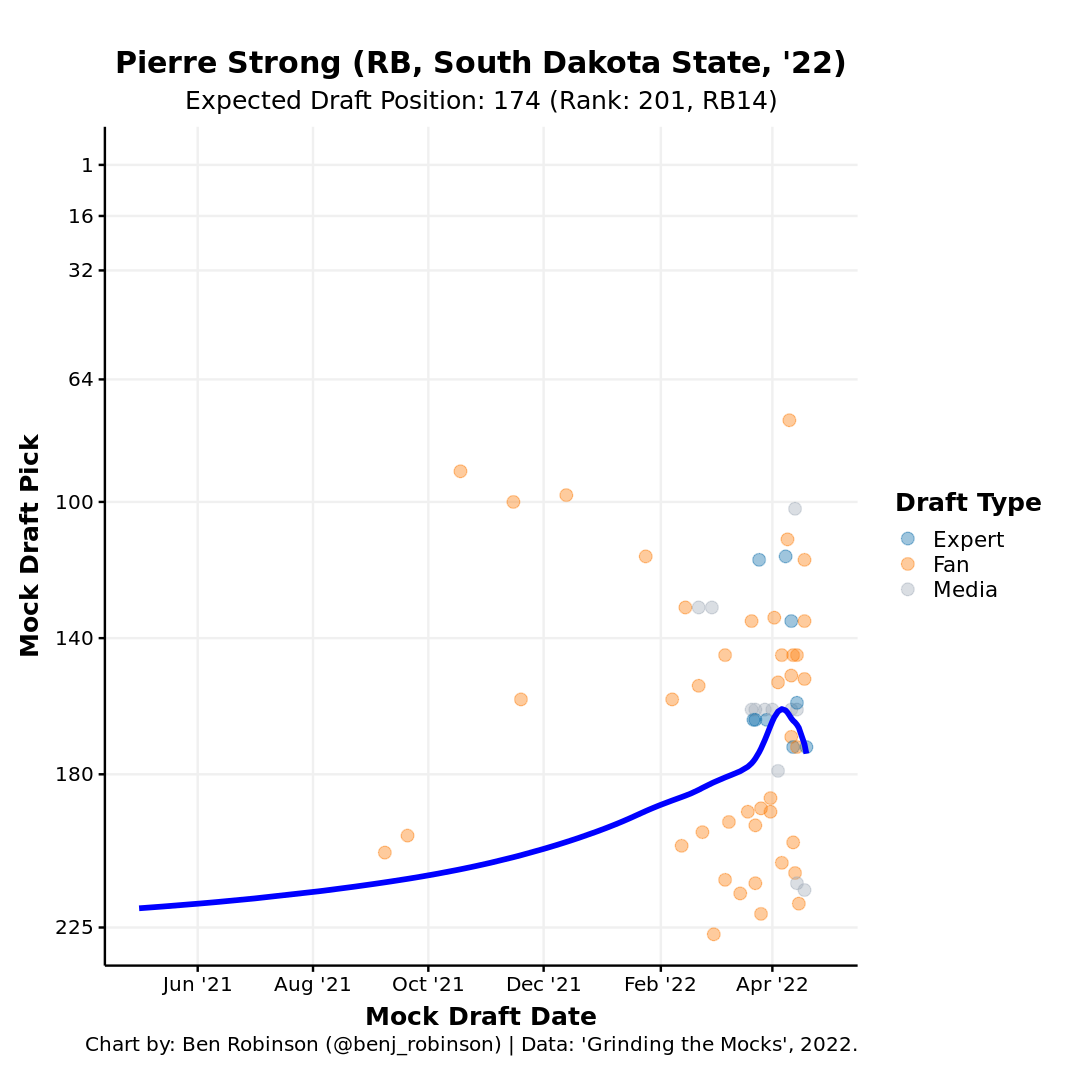 At 207 pounds, Strong doesn’t have ideal workhorse size but is plenty big enough to fill a substantial receiving role with upside as a runner. He's an older prospect leaving school after his redshirt senior season, but he was highly productive early in his college career, compiling nearly 2,500 scrimmage yards and 21 touchdowns during his redshirt freshman and sophomore seasons.

After a shortened 2020 season due to COVID, Strong returned last year with his best year, rushing for nearly 1,700 yards and 18 touchdowns at an outstanding efficiency rate of 7.0 yards per carry.