2021 NFL Draft Comps: USC WR Amon-Ra St. Brown's measurables indicate he could be a big-play threat in the NFL

This continues the series of articles comparing 2021 draft prospects to prior years and picking out the most similar comps with a clearly delineated and quantifiable method.

Without the NFL scouting combine this season, the important measurables like weight and 40-yard dash will be reported through the various pro days that will be taking place over the next few weeks.

The comps below were derived from a two-step process. First, I converted all the most statistically relevant stats and measurables to percentiles based on the thousands of prospects who have entered the NFL since 2006 at each position. Then, I filtered the total universe of past prospects by those who had draft positions, weight and 40 times within a 10th percentile in either direction of Amon-Ra St. Brown. For undrafted players, I assigned a numerical draft position of 300.

For St. Brown's draft position, I’m using an estimate based on the mock data collected at GrindingTheMocks.com. For the weight and 40 time, I’m using the numbers from his pro day, with a 0.03-second penalty added to the 40 time to reflect the uncertainty of pro-day timed measurements.

St. Brown wasn’t a downfield threat in college, but these measurables hint that he can make big plays at the pro level.

AMON-RA ST. BROWN IS SHOWING OFF 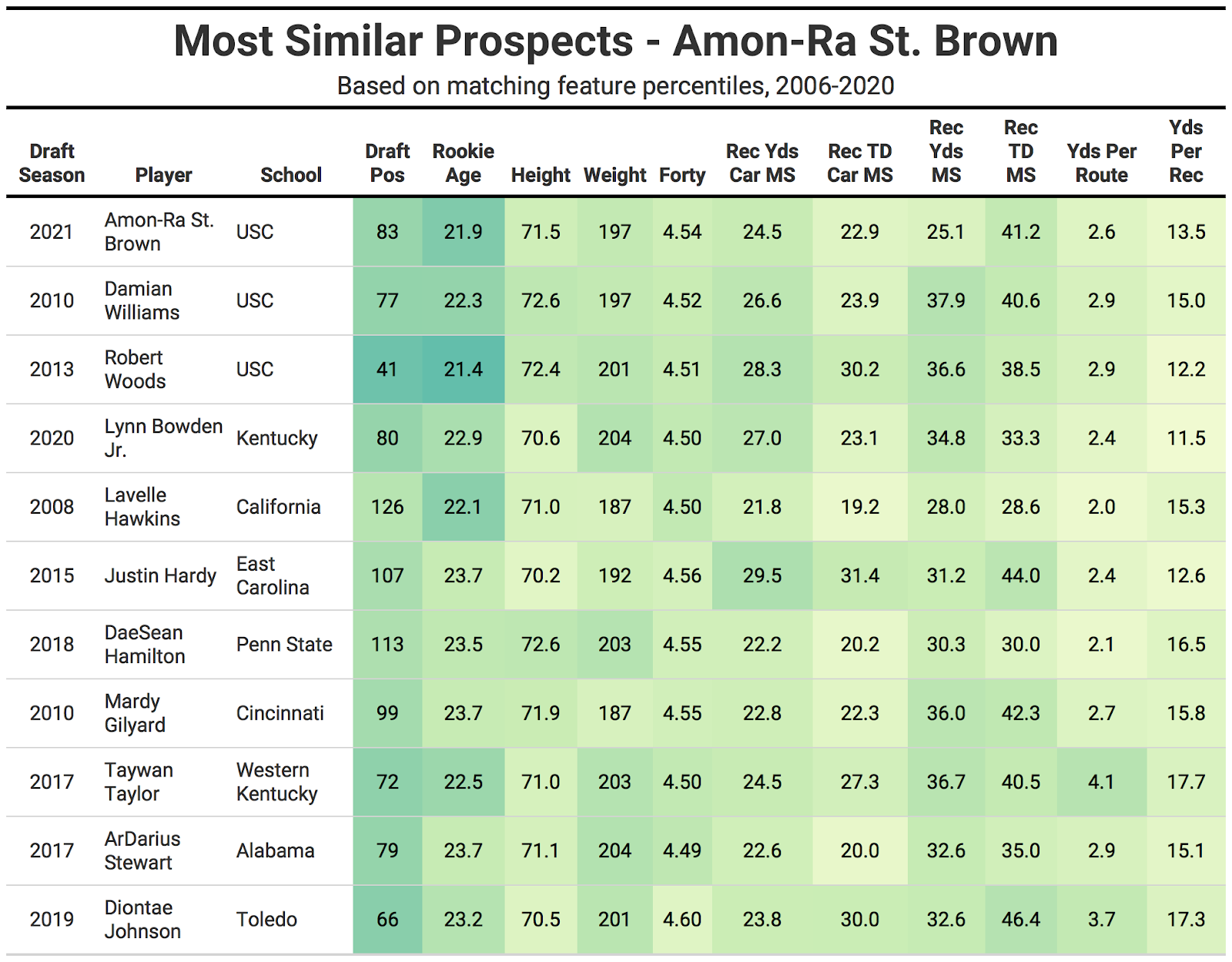 Fellow USC grads top the list of St. Brown’s comps, including Robert Woods, whose career didn’t really take off until his second contract with the now-Los Angeles Rams. The rest of St. Brown’s comps are fairly uninspiring. He is younger coming out of school after his junior year, but his career and max market share numbers are solidly good, not great. St. Brown's efficiency metrics aren’t particularly strong, either.