The comps below were derived from a two-step process. First, I converted all the most statistically relevant stats and measurables to percentiles based on the thousands of prospects who have entered the NFL since 2006 at each position. Then, I filtered the total universe of past prospects by those who had draft positions, weight and 40 times within a 10th percentile in either direction of Ole Miss WR Elijah Moore. For undrafted players, I assigned a numerical draft position of 300.

For Moore's draft position, I’m using an estimate based on the mock data collected at GrindingTheMocks.com. For the weight and 40 time, I’m using the numbers from his pro day, with a 0.03-second penalty added to the 40 time to reflect the uncertainty of pro-day timed measurements.

Moore ran a 4.35-second 40-yard dash (93rd percentile) at his pro day while weighing in at 178 pounds. His performances in the other drills were also impressive, clocking in at 6.66 seconds for the three-cone drill (93rd) and above the 50th percentile for the broad and vertical jumps.

Moore is a somewhat difficult player to compare to historical prospects. When you filter prospects for similar height, weight and speed to Moore, the list primarily comprises deep threats, especially restricting draft position to the first three rounds. 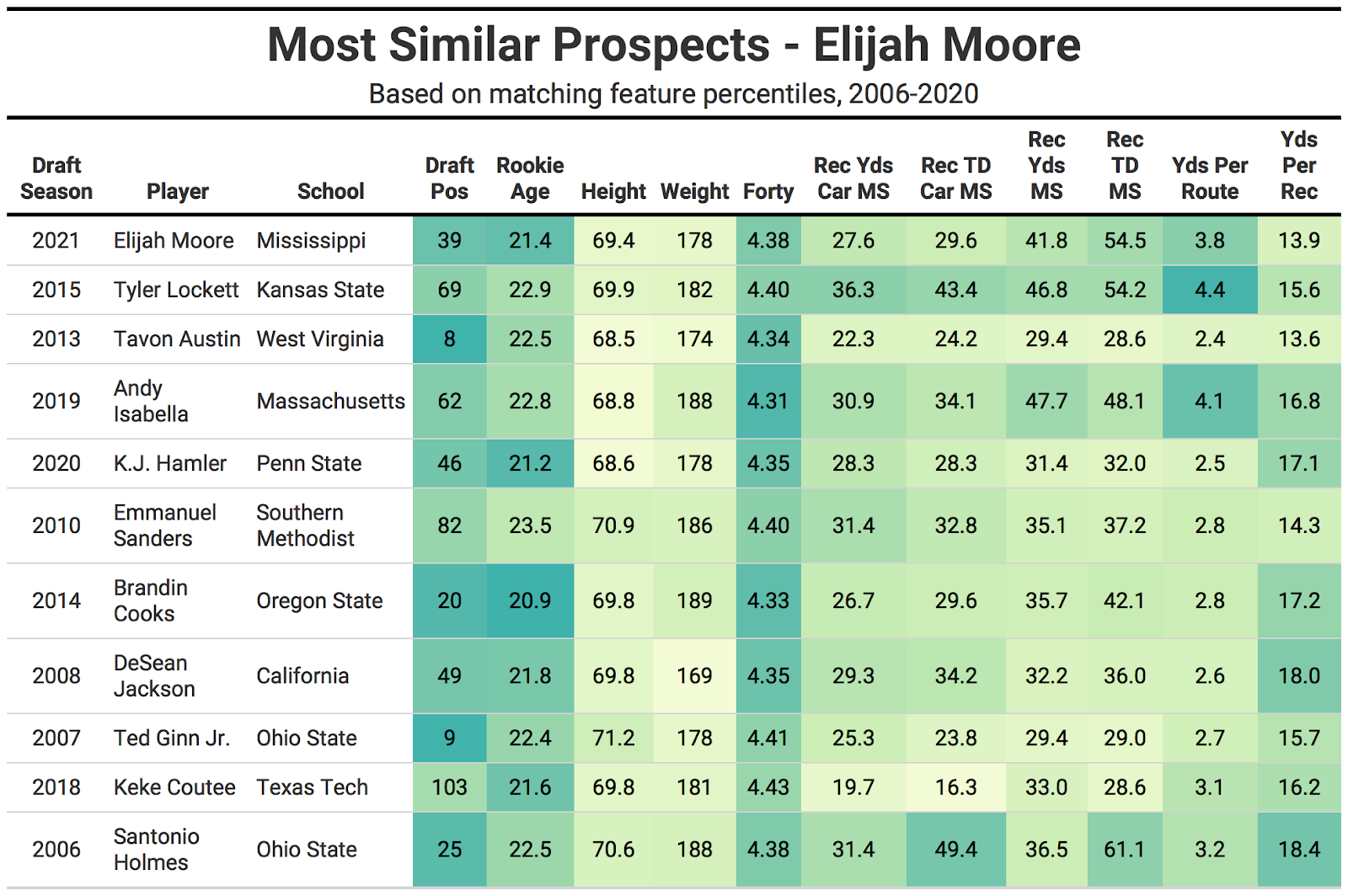 Moore’s closest comps are Tyler Lockett and Tavon Austin, a contrasting set. The former was a third-round pick and a complete receiver in college, whereas the latter was a top-10 pick and fit the profile of an “offensive weapon.”

Surprisingly, the two fared similarly in terms of fantasy production their first three seasons, though Lockett has taken his game to the next level as his career has progressed.