The comps below were derived from a two-step process. First, I converted all the most statistically relevant stats and measurables to percentiles based on the thousands of prospects who have entered the NFL since 2006 at each position. Then, I filtered the total universe of past prospects by those who had draft positions, weight and 40 times within a 10th percentile in either direction of Tamorrion Terry. For undrafted players, I assigned a numerical draft position of 300.

For Terry's draft position, I’m using an estimate based on the mock data collected at GrindingTheMocks.com. For weight and 40 time, I’m using the numbers from his pro day, with a 0.03-second penalty added to the 40 time to reflect the uncertainty of pro-day timed measurements.

Terry was a big-play receiver in 2019 before seeing his production dip in his final season.

He displayed athleticism at his pro day, running a 4.45-second 40-yard dash at 207 pounds. He also posted a 10-foot-6 broad jump and hit seven seconds flat in the three-cone drill.

Highest of all CFB players with 3+ TDspic.twitter.com/EUcW7th64W

Athleticism is less important for projecting wide receiver success, but it can have a major impact on draft position. 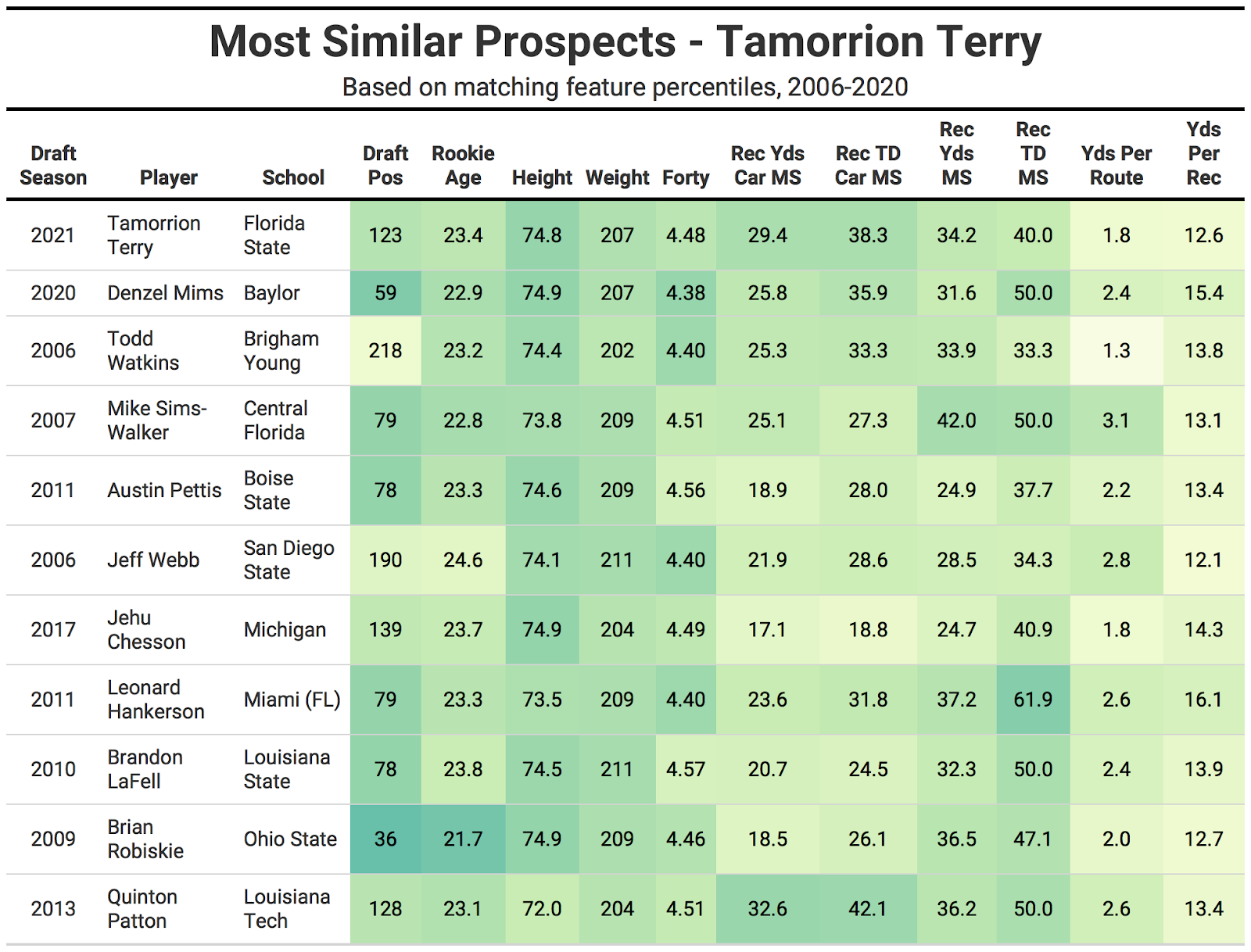 I was surprised by the lack of quality in Terry’s comps, given his good athleticism and stronger career market share numbers.

Expected draft position and age are likely holding him back, as most successful NFL receivers are taken much earlier than his expected draft position of 123 and are younger than 23 years old entering the NFL. Terry leaves with a year of eligibility — a good sign — but wasn’t a true junior in his final season after redshirting his first college year.