The comps below were derived from a two-step process. First, I converted all the most statistically relevant stats and measurables to percentiles based on the thousands of prospects who have entered the NFL since 2006 at each position. Then, I filtered the total universe of past prospects by those who had draft positions, weight and 40 times within a 10th percentile in either direction of Cornell Powell. For undrafted players, I assigned a numerical draft position of 300.

For Powell's draft position, I’m using an estimate based on the mock data collected at GrindingTheMocks.com. For weight and 40 time, I’m using the numbers from his pro day, with a 0.03-second penalty added to the 40 time to reflect the uncertainty of pro-day timed measurements.

I’ve found modeling NFL performance at the wide receiver position that the most important variables for forecasting future success are a prospect’s career market share of team receiving yards and the career share of receiving touchdowns.

Both of these measures are major negatives for Powell. As an older prospect who didn’t have more than 50 yards in a game until Week 9 in his fifth season, there’s not a lot going for him from a statistical standpoint. 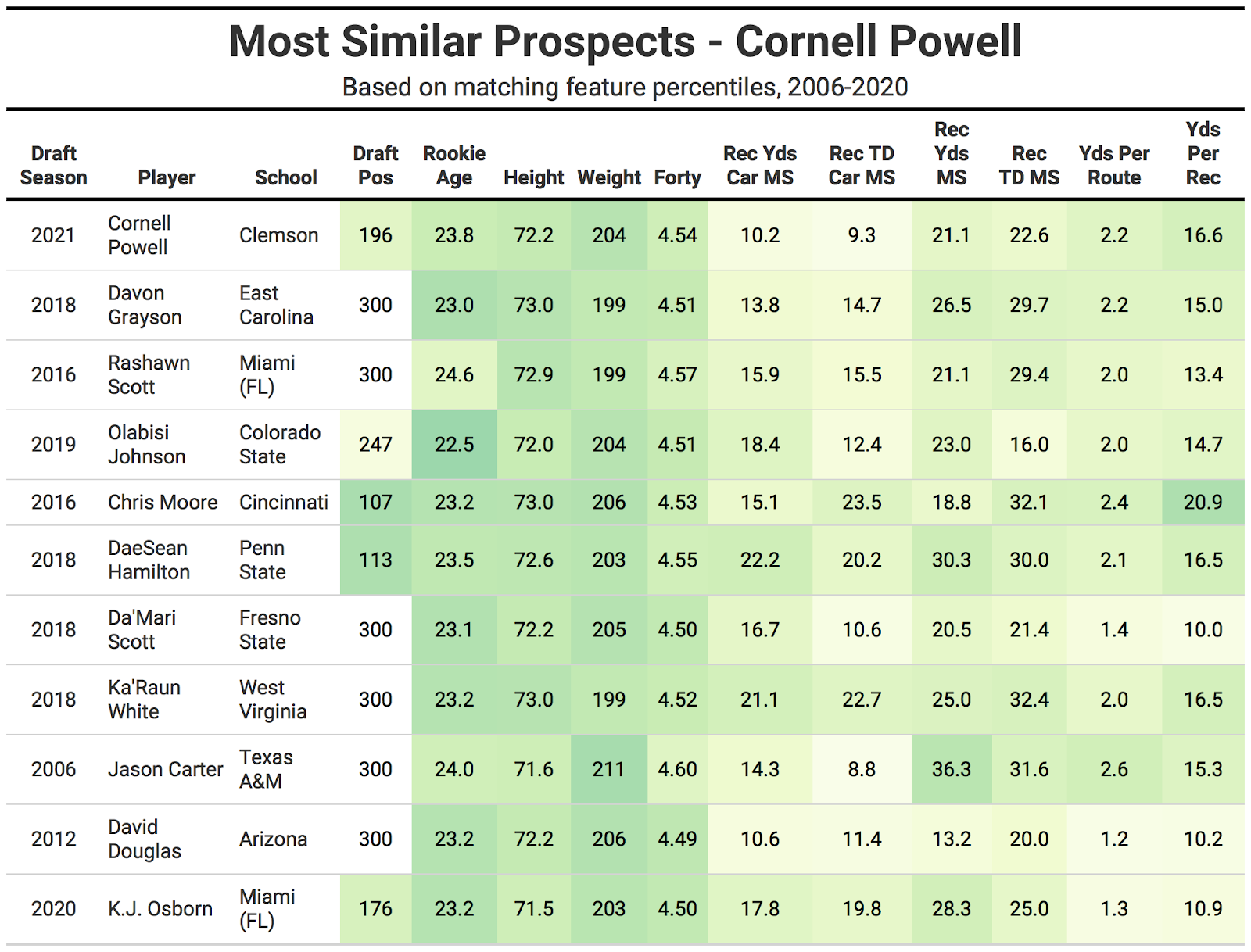 Powell’s top-10 comps include zero hits — and not any near hits, either. Chris Moore is the only third-round-or-better pick in the top-10 for Powell. Generally, teams like to see production at the college level when drafting for the pros, and Powell simply didn’t show that.