The college football season reaches its final climax Monday night with the National Championship Game. The buildup provides us with a rare opportunity to discuss college player props well in advance of the matchup. Historically, these betting opportunities are released shortly before kickoff (if at all) for most games.

With the influx of sports betting options, this is a category that should continue to grow in subsequent seasons as bookmakers look to exotic betting options to entice new clients. If looking for some opportunities to wager on the National Championship but torn on a side, check out our favorite props below. 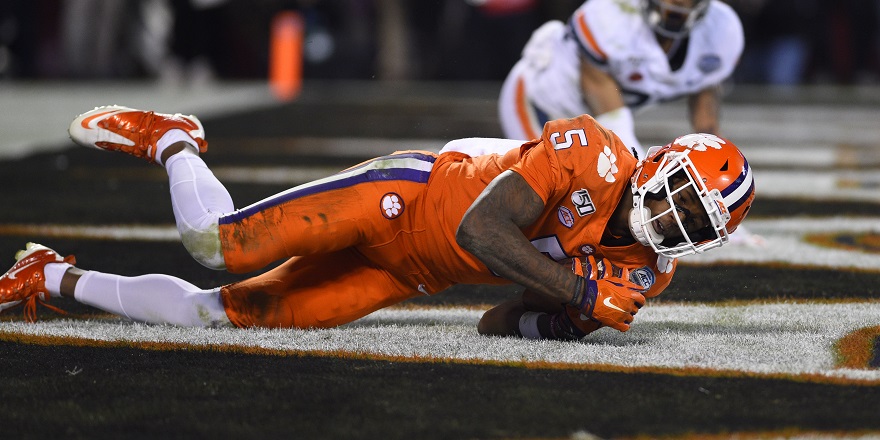 Higgins has emerged as the target when Clemson needs to move the ball. Despite missing more than half of the semifinal game against Ohio State, he still received a healthy 10 targets. With two full weeks to recover, Higgins should be as close to full strength as can be expected for the National Championship. He now sits fifth overall in PFF receiving grade and fourth in the FBS in yards per route run. Higgins has been a target share monster and realistically needs only five receptions to hit this yardage total. In a game where he could get double that amount, he is our favorite bet to smash Monday night.

Moss had been an afterthought before his six-target performance against Oklahoma in the semifinals. This isn’t for a lack of route running, as he has just 41 pass-block snaps in 2019. With our simulations seeing targets move away from Ja’Marr Chase, Moss could be the biggest beneficiary. Justin Jefferson dominates the slot for this team but should see a healthy dose of Isaiah Simmons. If Clemson’s defense can slow LSU, Moss could be the lone beneficiary. Three to four receptions would give Moss more than enough wiggle room to get over his yardage prop. 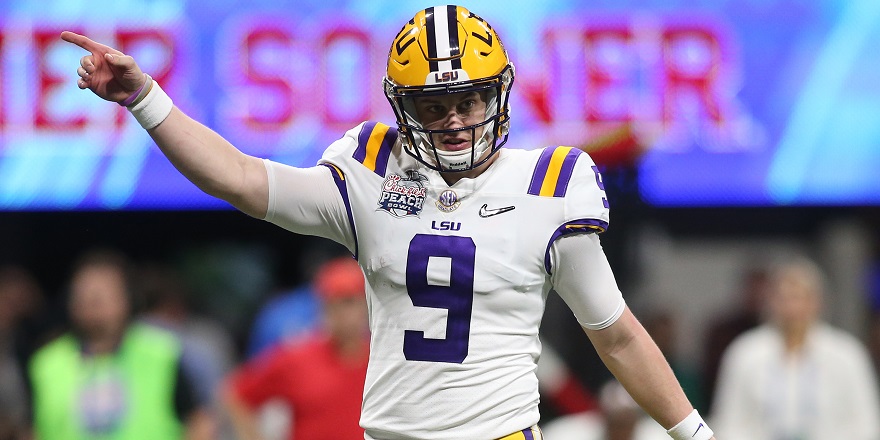 The deathwish bet. As we learned in their semifinal matchup, Burrow is capable of covering this number by halftime. Fading the best player in the country in his showcase game is not a comfortable feeling, but this number is incredibly inflated. No defense has an answer for an efficient offense, but Clemson’s version at least can make the most compelling case to actually matter against LSU’s historic offense. Matter they might, but success is a different story. The majority of our simulations see this number going under with the expectation that Burrow sits right next to the 300-yard mark.

Player props typically see a bit more recency bias than what is usually reflected in an overall spread or total. This is a prime example, with Lawrence coming off a performance with 15 designed rush attempts against Ohio State, accounting for 128 total rushing yards. Lawrence has fallen back on his rushing ability during times of need throughout 2019. As an underdog, he could easily push to 7-10 carries but still needs over 5.0 yards per carry to get over this prop. Take into account that any sacks will affect this total negatively and this turns into a prime spot to fade the market. The expectation is that Lawrence needs to utilize his arm to keep pace with LSU Monday night.

The home run threat in the LSU offense, Chase has averaged a 16.4-yard aDOT since the return of Terrace Marshall in Week 9. Marshall’s return did not slow Chase initially as he averaged 4.2 YPRR over the next five games. His usage has dropped off recently however, with Chase now third in the target pecking order. If Clemson is at all expected to slow the LSU offense, then the first thing they will look to remove is the deep ball threat, which could cut off production for Chase. He makes a perfect under play with his production correlated to Burrow going under as well.