An Introduction to College Football Wins Above Average

Last week, PFF’s own Dr. Eric Eager unveiled PFF War, a metric to provide context around how valuable an individual player's performance was over a given timeframe. The methodology, as outlined in the article, attempts to:

Using PFF’s unique blend of player grades and play-level participation data, we can provide a similar metric to the one derived for NFL for our college-level data.

Like the NFL WAR version, we can utilize this metric to highlight important aspects that are specific to college football. Please note, PFF only has college football data dating back to 2014, so these numbers only span the PFF College era (2014-2019).

Everyone understands the value of quality quarterback play, especially in the NFL. Comparing college to the NFL, though, quarterbacks are actually slightly more valuable compared to other positions, with their value over twice as much as the next closest position in college. The other interesting tidbit hidden within College WAA is that cornerback is the second-most valuable position and exceeds the wide receiver position, unlike in the NFL. The position value rankings are quarterbacks, cornerbacks, wide receivers then defensive linemen. 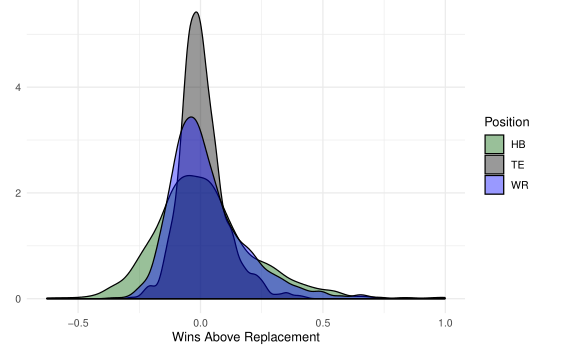 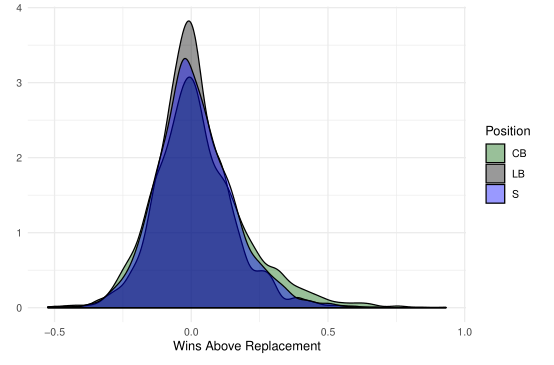 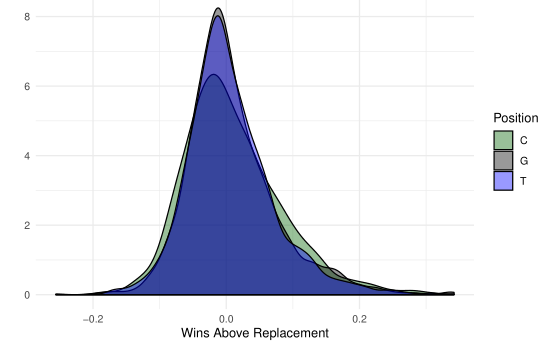 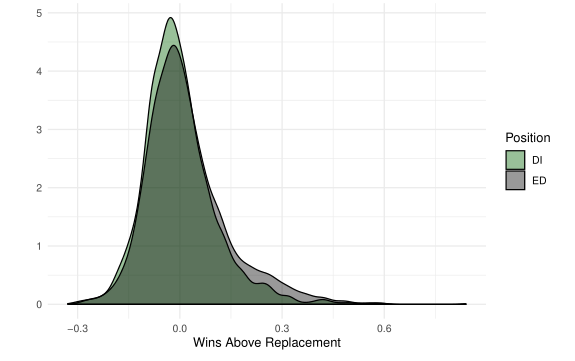 Over the course of the PFF era, we have had several quality performances from quarterbacks, but no player was more valuable to his team than Marcus Mariota when he was the signal-caller for the Oregon Ducks.

Most seasons, the respective voters were correct in giving the Heisman Trophy to the most valuable player in college football. Only two years during the PFF era did it appear like there was an argument for a different player than the one who was selected for the Heisman.

Heisman Trophy voters have hit the nail on the head over the past three seasons, but two snubs stick out during the PFF era.

In 2015, Derrick Henry finished 136th in our WAA metric. It was a down year for brilliant individual performances from players on dominant teams, but three players deserved the award more, based solely on our metric.

The 2016 season was much less of a miss by the committee, with Lamar Jackson finishing seventh according to our metric. He beat out a talented group of quarterbacks in what was a stacked field of Heisman candidates.

It is no surprise that quarterbacks dominate the list of most valuable contributors. When removing quarterback play, we get an interesting list of offensive skill position players who dominated touches in college and quality defensive backs who had a big impact on the opposing passing game. As a true freshman, Derek Stingley Jr. was our most valuable non-quarterback in 2019, and he was followed closely by SMU wide receiver James Proche.

Last year’s national championship game featured two teams that were not only the class of the 2018 season but teams that also still sit atop our metric for best overall teams during the PFF College era. Alabama squads are scattered throughout this list, as are two teams in our current college football playoff, but the latter outfits could very well continue to move up this list over the course of their remaining two games.

BEST TEAMS THAT DIDN’T GET INTO THE CFP

For the most part, assigning value at a team level has been something the playoff committee has handled well. Only a few situations stick out as far as teams that should have gotten into the College Football Playoff but didn't.