The college football season is still a ‘calendar' month away and as we've seen all offseason, it's never too early to look ahead to that magical time in which it returns. We kick off our summer series of highest-graded returning players at the top, with the Clemson Tigers as their title defense starts on August 29 against Georgia Tech on a Thursday night.

On offense, Clemson returns one of the nation's most polarizing QB-WR duos, an experienced backfield and potentially one of the Atlantic Coast Conference's best returning offensive line groups. Trevor Lawrence headlines the group at quarterback as he is largely the reason behind their No. 1 spot on our initial power rankings. 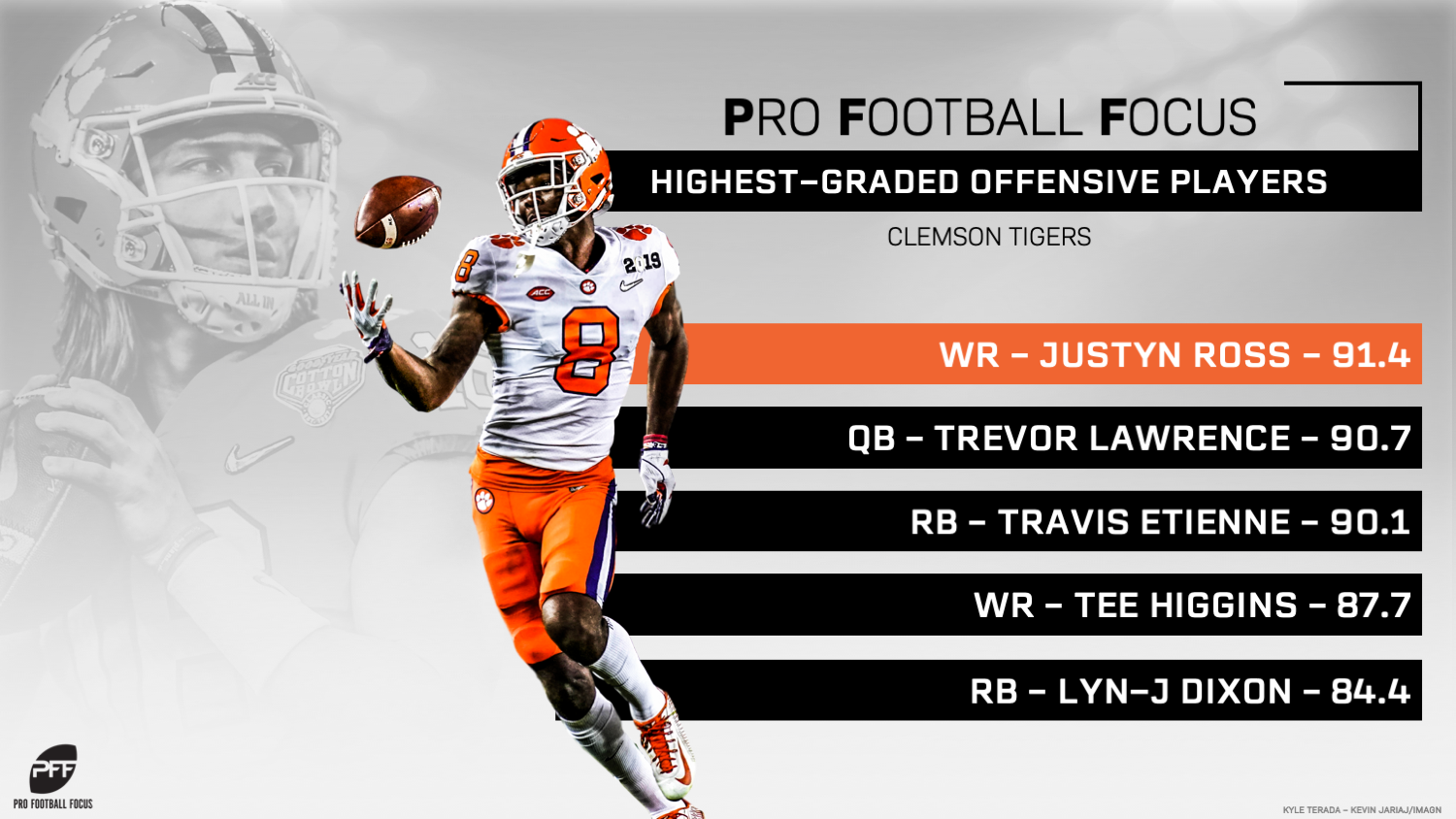 The rest of the offense's highest-graded returning players are as follows:

With a healthy Amari Rodgers, the Clemson offense features four of the ACC's top 14 highest-graded returning receivers from a season ago as Ross and Higgins headline the position. They each forced double-digit missed tackles after the catch and had over 300 YAC in the process. Lawrence's 1-2 punch returning at receiver rival that of any other school in 2019 and this is all without talking about highly-touted freshmen that join the receiving ranks this season as well.

On defense, the Tigers will be forced to reload along the defensive line after losing several key players to the NFL draft. In fact, only Xavier Thomas and Nyles Pinckney return along the defensive line who played more than 175 snaps last season. The Clemson safety group could be as deep as any unit in the country and they'll have to rely on them anchoring a relatively young defense elsewhere. 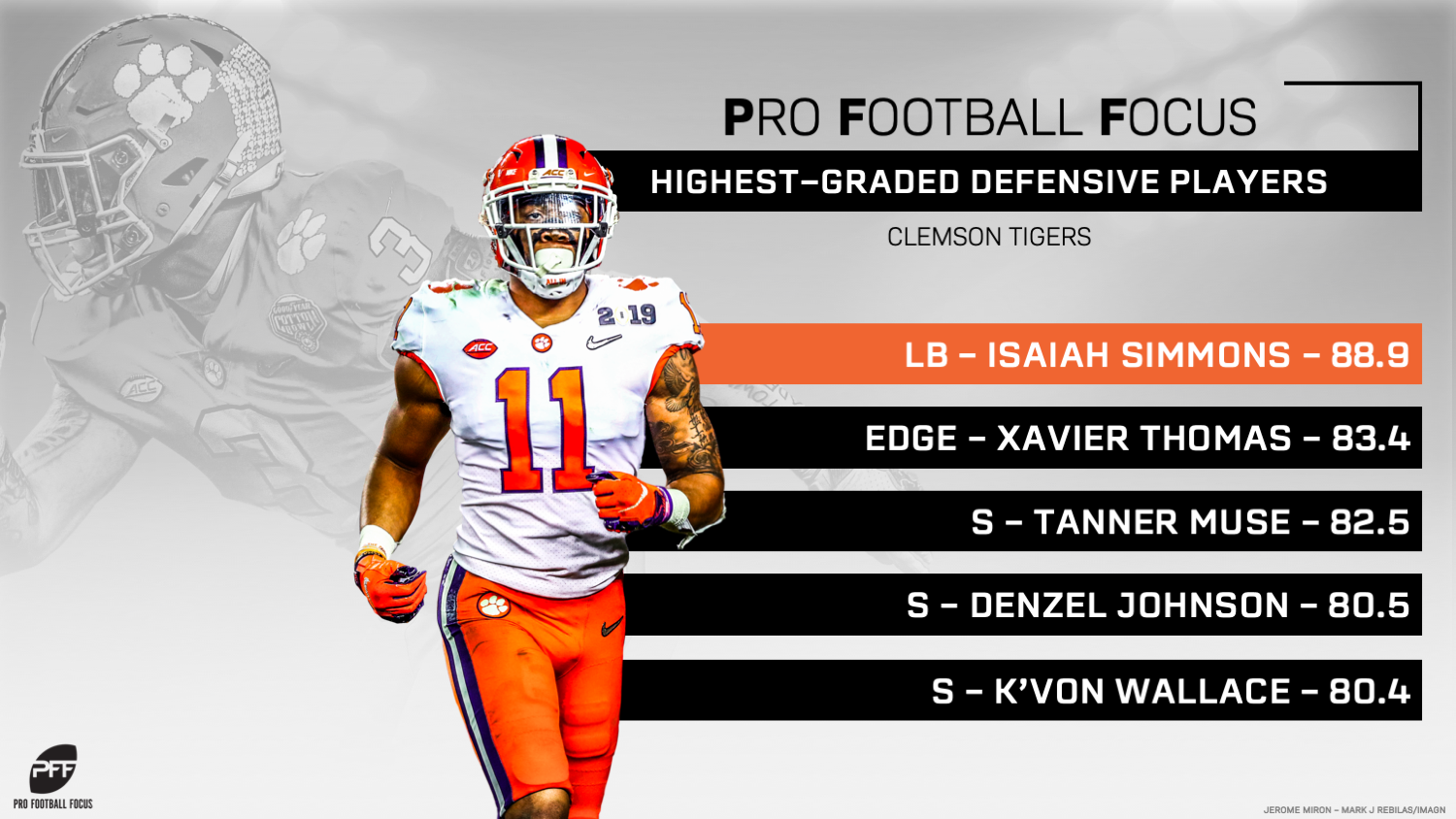 The highest-graded returning players on defense for Clemson:

In returning the four aforementioned safeties, the Tigers return four of the ACC's top-10 in terms of overall grade at the safety position. Simmons had elite grades last year and leads all returning linebackers in overall and run-defense grade while he returns with the second-highest coverage grade.

With their returning group of stars and head coach Dabo Swinney's ability to get his true freshman playing at an elite level early, it's not hard to see why this team is the clear betting favorite to win the ACC and contend, once again, for the National Championship.