With our look at the highest-graded running players on the best team’s in college football underway, it’s time to turn our attention to the team who lost to Clemson in the final game of last season, Alabama. They begin their quest to climb back to the top of the mountain in college football against Duke on August 31, and Nick Saban’s men return some of the top players in the nation at key positions.

With one of the top quarterbacks in the nation, the nation's best receiving corps and an impressive running back in the backfield this is a team that can outscore anyone if they have to but that's not to sleep on their defense, which has talent in the defensive backfield and emerging players throughout the rest of the unit. 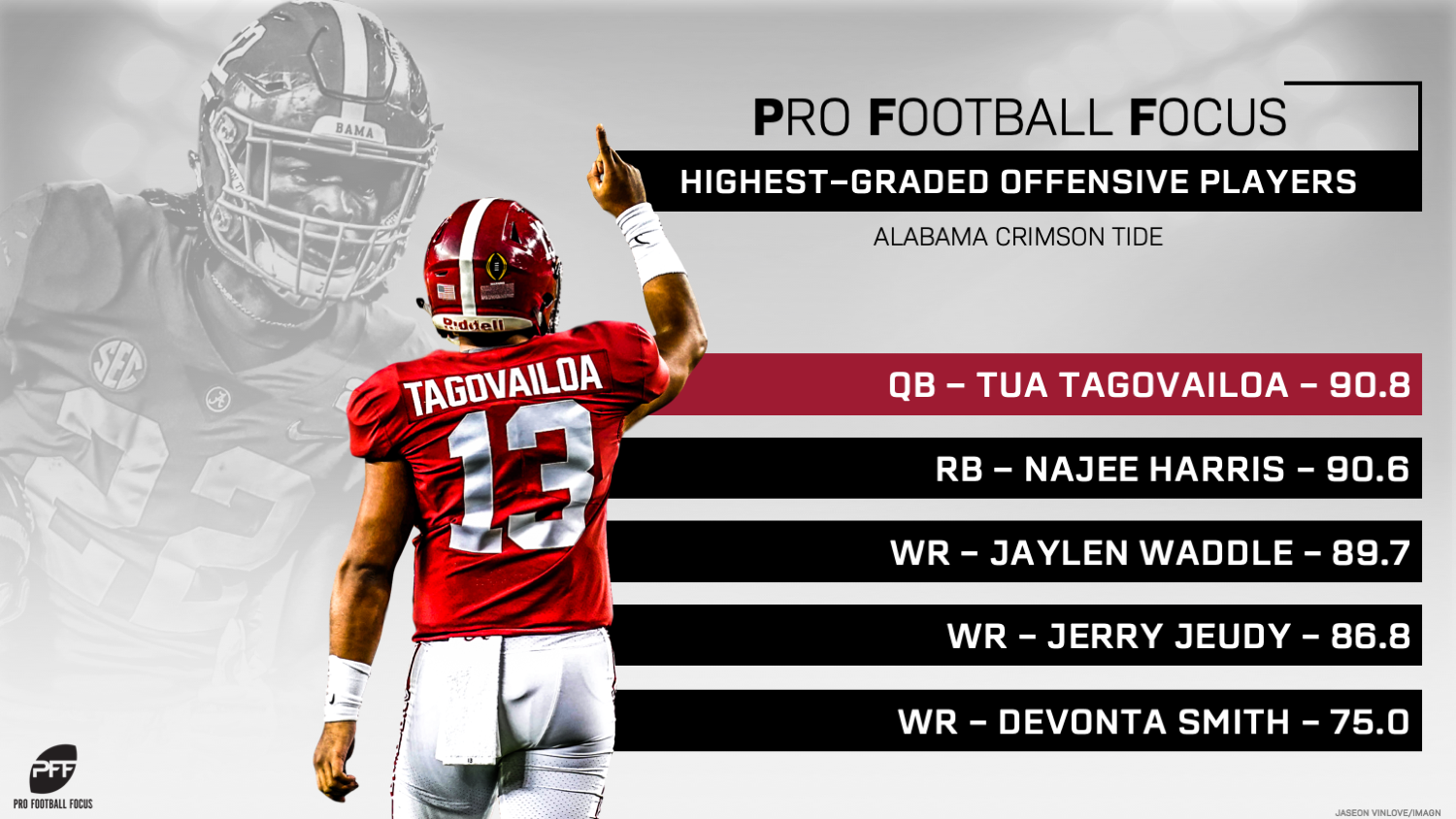 Tagovailoa emerged as one of the top quarterbacks in the nation in 2018 and there’s no reason to expect that to change in 2019. The fourth highest-graded quarterback with at least 300 dropbacks a year ago, he was an elite downfield passer, completing 32-of-58 passes with 16 touchdowns to just four interceptions on throws 20-plus yards downfield.

Those deep passes are aided by having two great deep threats in Jaylen Waddle and Jerry Jeudy, who went for 570 and 323 yards, respectively, on those 20-plus-yard throws. They may have lost running back Josh Jacobs and left tackle Jonah Williams but don’t expect the running game to struggle in 2019. Four players with a PFF offensive grade of 65.0 or above return while Najee Harris was the best pure runner on the roster last year, averaging 4.38 yards after contact per carry and forcing 37 missed tackles on 117 carries. 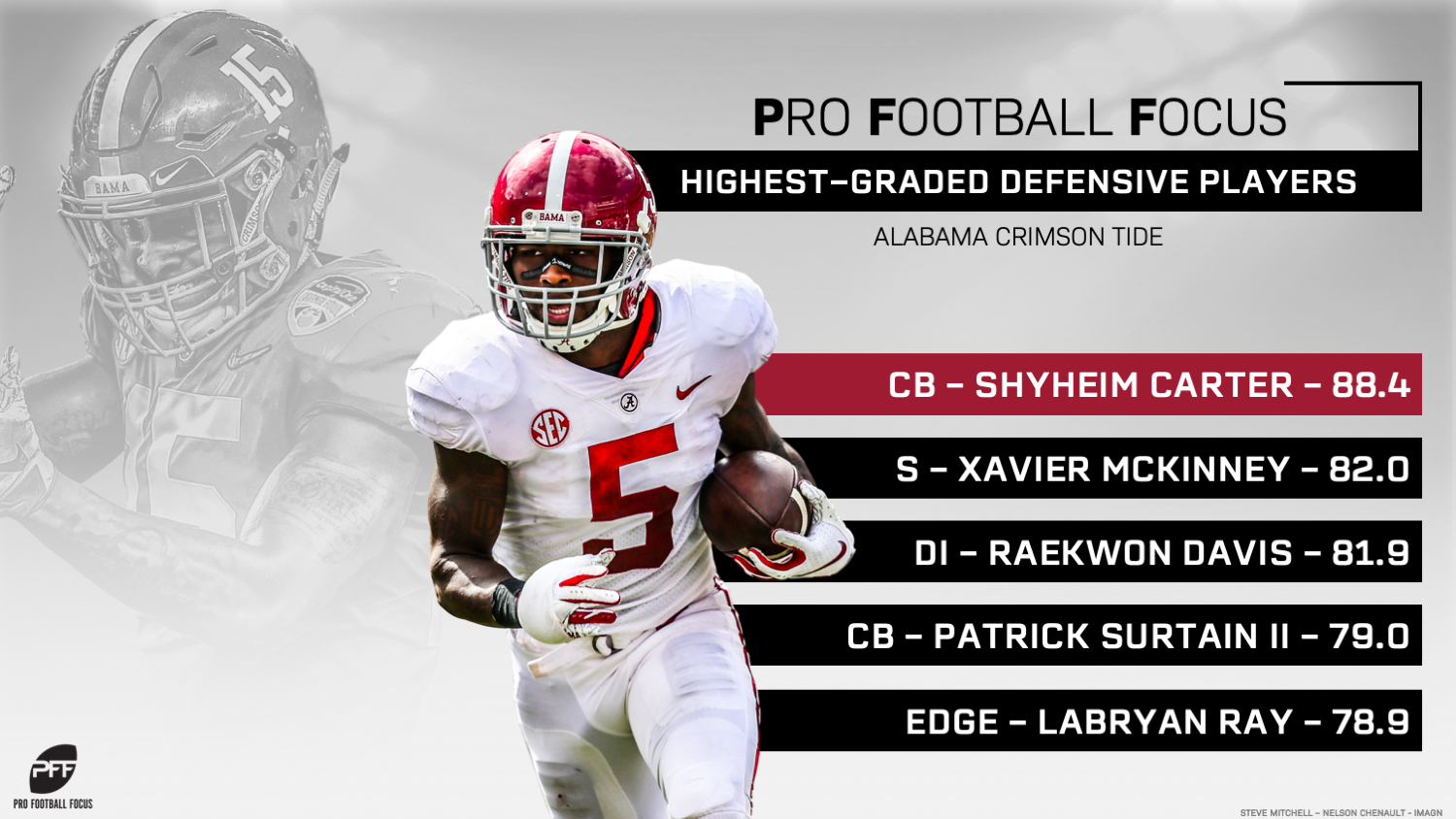 The highest-graded returning players on defense for Alabama:

On defense, this is not the most fearsome unit we’ve seen Alabama return, having lost Quinnen Williams to the NFL this spring but there’s still plenty of reasons for optimism on the defensive side of the ball in Tuscaloosa. Carter was fantastic at cornerback, allowing just 49% of the throws into his coverage to be caught in 2018. From 24 receptions allowed, he surrendered just 222 yards and one touchdown, while pulling in two interceptions and breaking up another nine passes. Xavier McKinney was a playmaker at safety too, coming away with two interceptions and seven pass breakups last year so this defensive backfield will make opposing quarterbacks nervous once again.

Raekwon Davis was a force against the run last year, producing a PFF run-defense grade of 90.4 and finishing the season with 29 of his 37 total tackles resulting in a defensive stop. He needs to step up as a pass-rusher if he is to truly replace Williams as the enforcer on the defensive interior though, with just 36 total pressures, including two sacks and five hits, in 2018. If the defensive backfield can continue to improve though, they should allow more time for the pass-rushers to get home.