• The Giants run defense allow 5.3 yards per carry — 31st in the NFL — and is on a short week after surrendering 160 total rush yards to the Lions.

Thanksgiving is the only day in the NFL season with three standalone games. And with six teams playing on the same day, there are enough available prop bets that comfortably align with the players we choose to bet on. 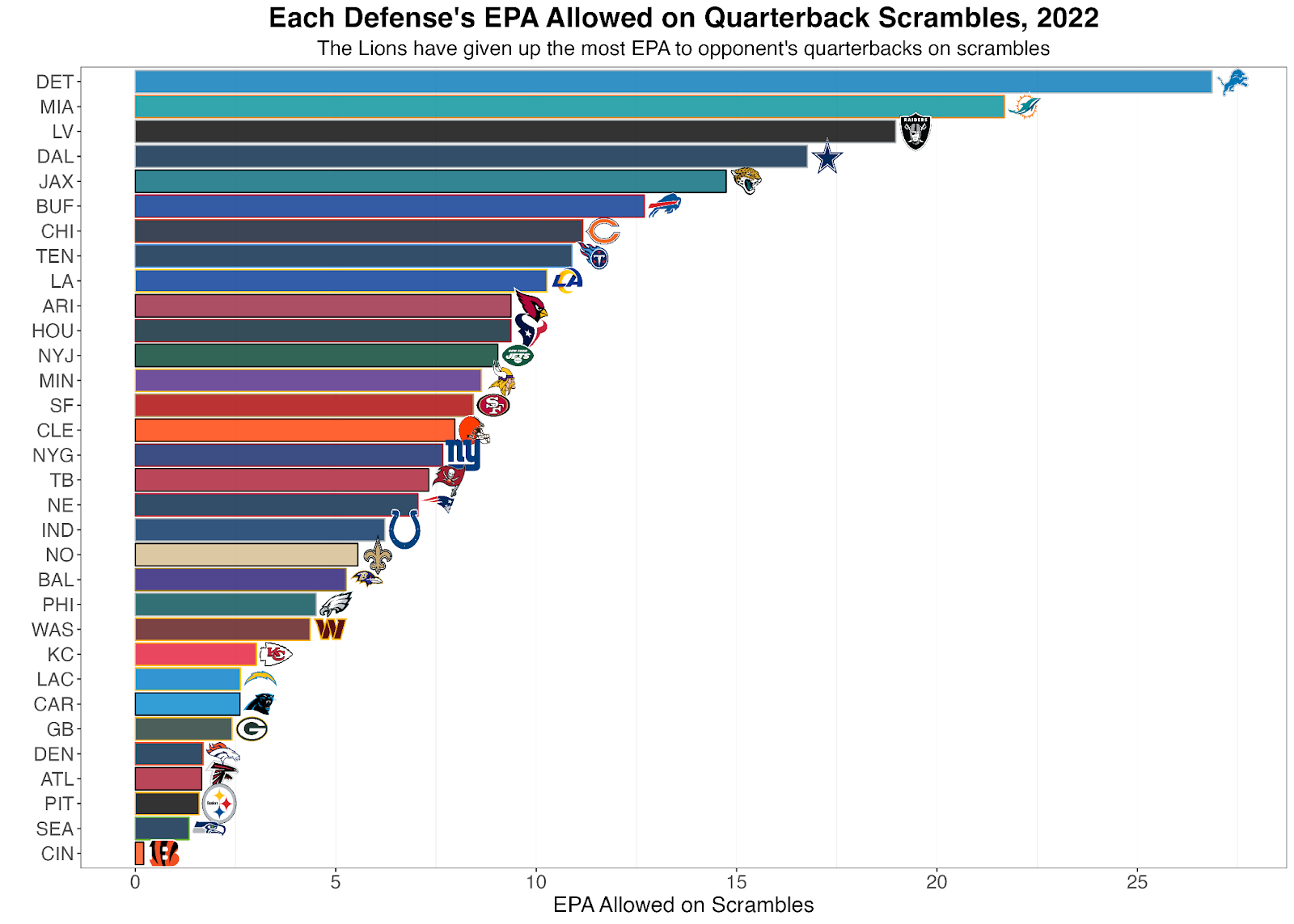 • Josh Allen Scrambles Often: Allen has scrambled the third-most times this season, averaging around 4 scrambles a game. He also has the 2nd-most yards generated from scrambles.

• The Lions Defense Gives Up Scrambles: The Lions have given up the most expected points added (EPA) on scrambles. Because he's so effective scrambling, and the Lions' defense is unable to stop scrambles, this could be the formula for Allen to go over his rushing prop. 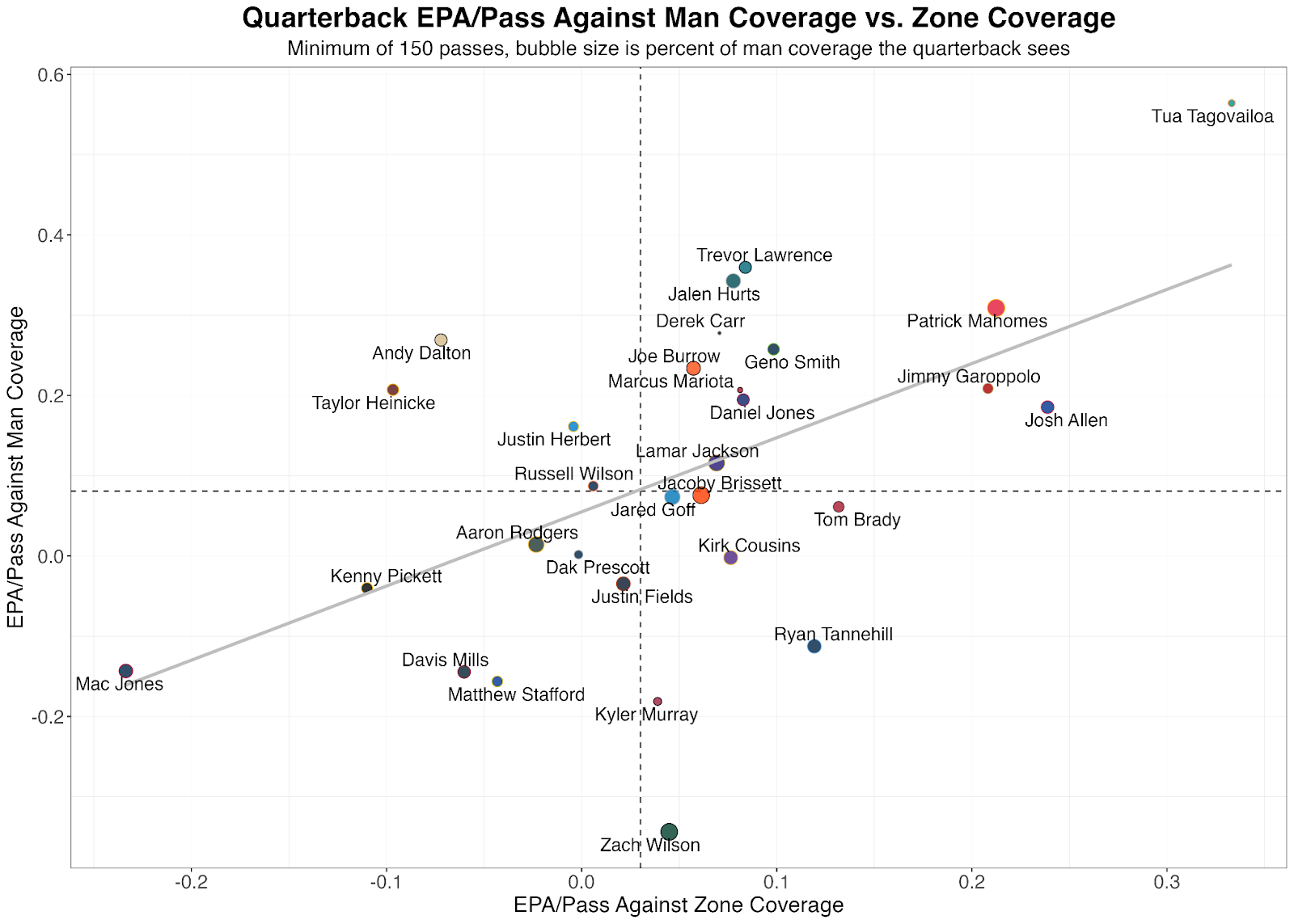 • Jones Has Struggled Against Zone:  Jones has been by far the worst quarterback in the NFL against zone coverage, averaging a -0.23 EPA per pass, with Kenny Pickett the next closest (-0.10).

The Vikings Play Zone Frequently: The Vikings play zone coverage on 88.9% of passing plays, 2nd-most-often in the NFL behind the Los Angeles Rams. This could prove to be a tough matchup for Jones because of that. 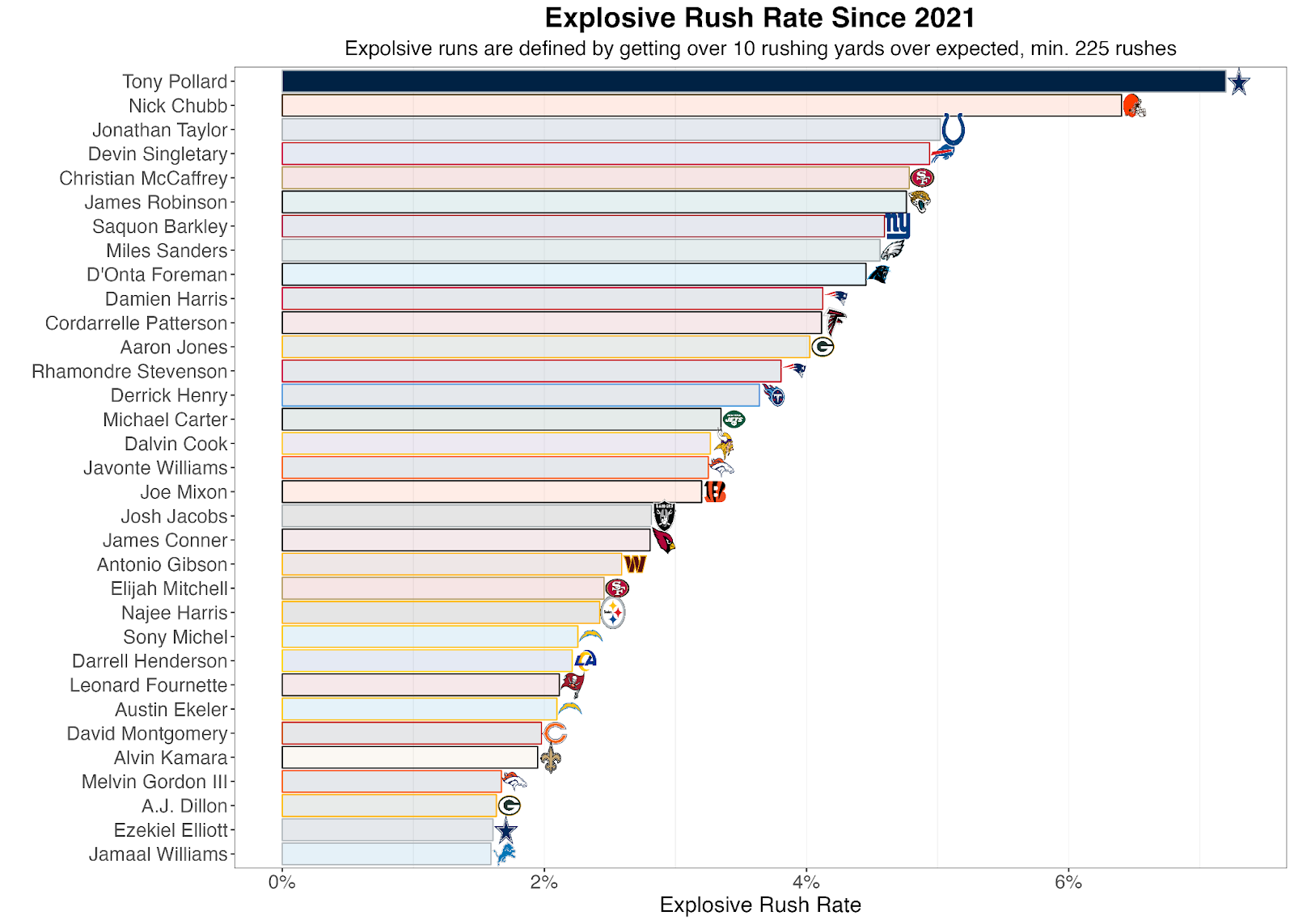 Pollard is Explosive: Since 2021, Tony Pollard leads all rushers with at least 225 carries in explosive rush rate. An explosive run is the quickest way to get a rushing prop to hit it’s over and Pollard gives a lot of opportunity for that. Pollard also leads the league in rushing yards over expected this season, so as he continues to separate himself from Ezekiel Elliott, we can also expect his share to increase.

The Giants Can be Run On: The Giants' run defense has given up 5.3 yards per carry this season, 31st in the NFL. In Week 11, Big Blue allowed 160 rush yards to the Detroit Lions. On a short week, the door should remain open for Dallas to continue piling up yards on the Giants.