The Philadelphia Eagles defeated the Atlanta Falcons on Thursday evening, 18-12, after the two teams officially kicked off the 2018 regular season. 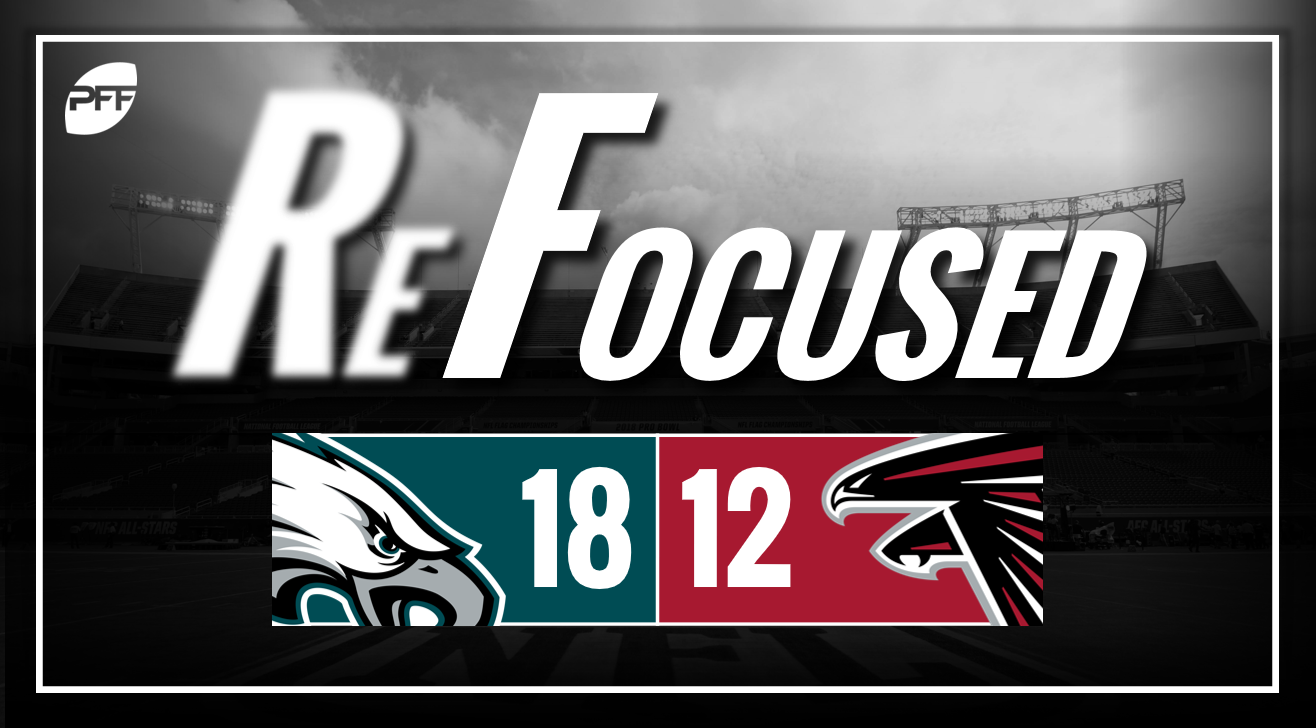 The last time we saw quarterback Nick Foles, he was at his very best, but Thursday night against the Falcons, he had some struggles. While he only threw one interception on the night, he could have easily had a second one, after he misread the coverage and threw a pass straight to cornerback Robert Alford, who dropped what should have been an interception.

Tight end Zach Ertz also had a disappointing game, and if the Eagles offense is going to work at peak efficiency this year, they will need Ertz to get back to his best. During the contest, he dropped a couple of catchable passes, and he also looked overwhelmed in the run game.

The Eagles defensive line will cause problems for opposing offenses all season long. They sacked Falcons quarterback Matt Ryan four times and hit and pressured him on multiple other plays. Interior defensive lineman Fletcher Cox gave the Falcons interior line fits for most of the game, recording a sack and numerous pressures.

Quarterback Matt Ryan was inconsistent for most of the night. There were numerous times where he left the pocket when it wasn't warranted, particularly on the final drive of the game. Ryan ended up completing less than 50 percent of his throws on the night, and just couldn't find the play the Falcons needed at the end.

His final stat line may look good, but wide receiver Julio Jones and Matt Ryan will need to shake off a bit of rust going forward. Jones finished with 169 receiving yards and 10 catches, but there was a distinct lack of chemistry between the two, which led to a costly red-zone interception early in the fourth quarter.

Entering his third season, linebacker Deion Jones is off to a hot start and he more than deserves to be in the conversation for the best linebacker in the league. He excelled in coverage on the night, getting his hands on numerous passes, including recording an interception off a tipped pass.

While the Falcons defense held the Eagles to 18 points and looked very good in coverage, the biggest worry is still the lack of pass-rush. They struggled to get much pressure on Nick Foles, and at times, it seemed like he had all day to throw the ball.

Philadelphia: The Eagles won this game because the defensive line was able to get consistent pressure on quarterback Matt Ryan, and Ryan was just not able to perform well under the duress.

Atlanta: The Eagles pass rush clearly left an imprint on Matt Ryan, he was quick to leave the pocket and couldn't seem to find an answer throughout the game.