The best three-year stretches of the PFF era

The cornerstone of PFF's grades and the philosophical basis for play-by-play grading is the belief that consistency is paramount in football. We believe that repeatedly executing one’s assignment is more valuable in the long run than a handful of highlight-reel plays over a few weeks or months.

The conclusion of the 2018 NFL season brought with it the completion of our 13th season of NFL grading. As those of you who are so math-inclined have probably figured, we can separate those 13 seasons into 11 full, three-year stretches (2006-2008, 2007-2009, 2008-2010…etc.). This allows us to look back and see which players, at each position, performed the best over a three-year sample size, and it allows us to examine (and admire) the consistency that was shown over that specific period.

Some of the players below have moved on from the life of football. Others are still very much wreaking havoc in the league and will find themselves on this list next year. Here, listed by each position, are the best three-year stretches of the PFF era. 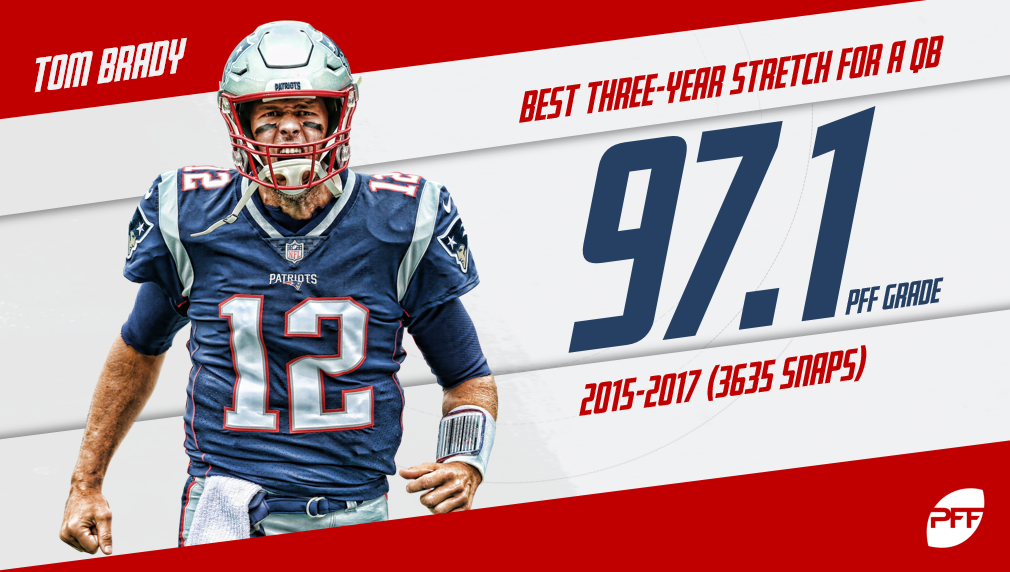 It's always nice to flashback to the times of power football in the NFL; a time where big, bruising fullbacks were a key component of the offensive gameplan. Few were as good as Vonta Leach as a run-blocker — nobody played more run-blocking snaps than Leach (1,022 snaps) from 2010-12, and his three-year run-blocking grade (90.4) ranked first among fullbacks with at least 200 snaps over those three years.