Beyond providing data for all 32 NFL teams, PFF also supports network broadcasters with game-preview packets that are used to enhance the in-game experience for fans and viewers. This Colts-Eagles preview features the same information our broadcast partners use for team research and in-game production.

LUCK STAYING AWAy FROM THE DEEP BALL

Colts quarterback Andrew Luck's average depth of target in Week 1 and in Week 2 was considerably lower than his previous aDOT in 2016. Expect defenses to catch on to Luck's tendency to lean on short passes sooner rather than later. 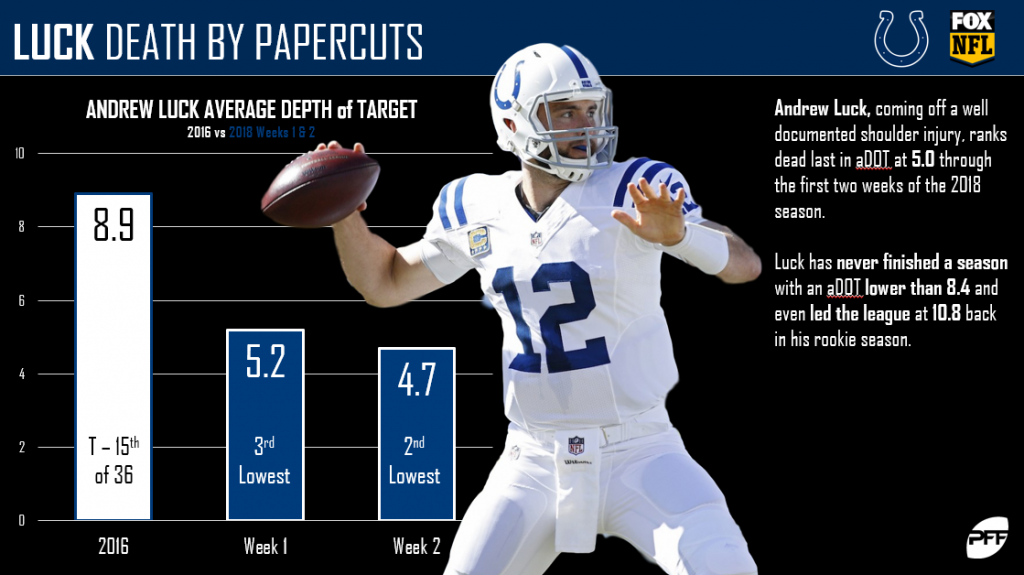 T.Y. Hilton's play without Luck under center underwhelmed in 2015 and 2017. Hilton's yards per route run (1.48) hasn't spiked through Week 2 of the 2018 seasons, but odds are he turns things around for as long as Luck stays healthy. 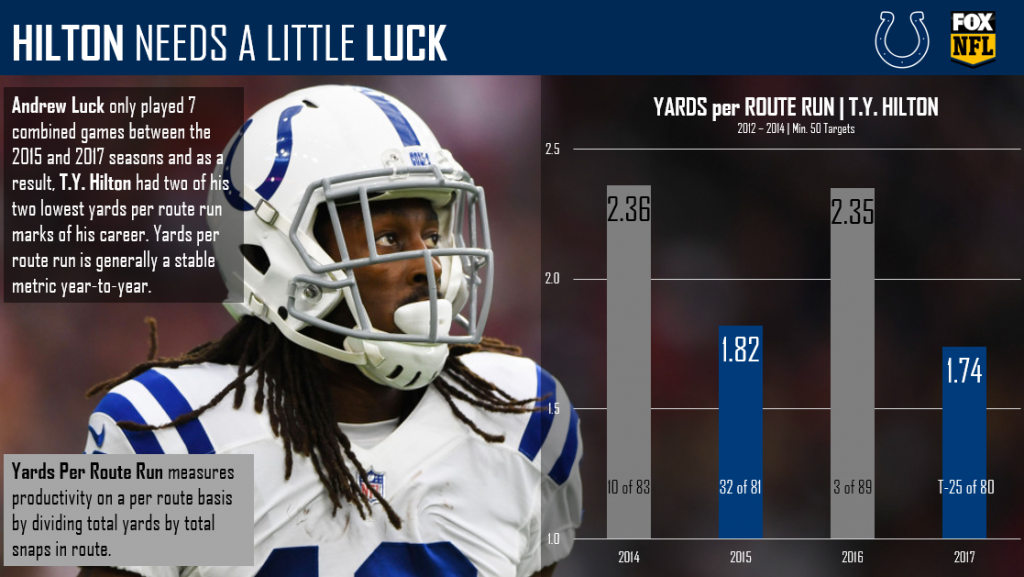 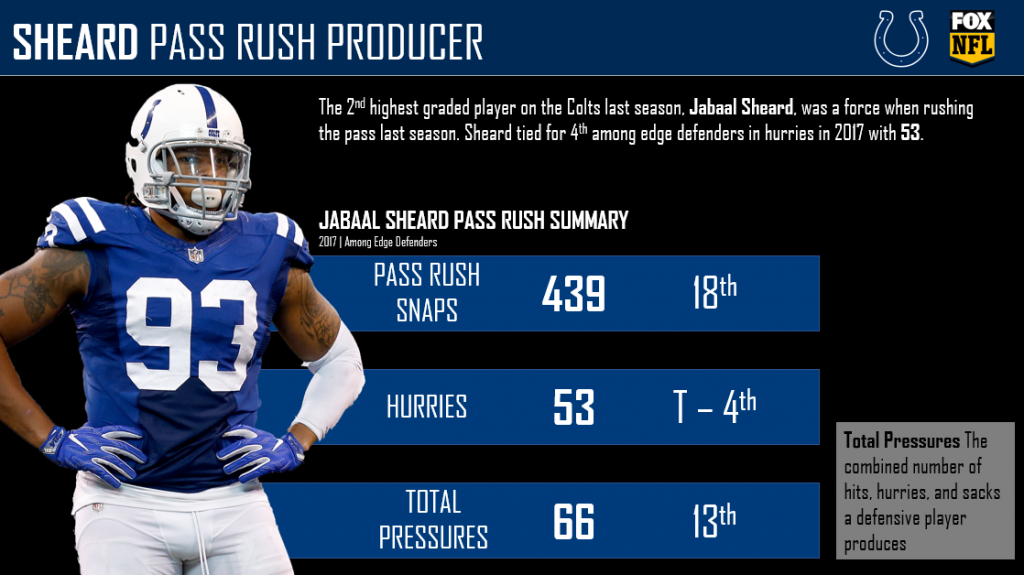 After finishing near the middle of the pack from both a grade and statistical standpoint, Colts' Nate Hairston and has allowed receptions on nine of 10 targets for 97 yards. Kenny Moore II has taken over slot coverage duties for Indianapolis, and he ranks first in passer rating allowed (37.5) through two weeks. 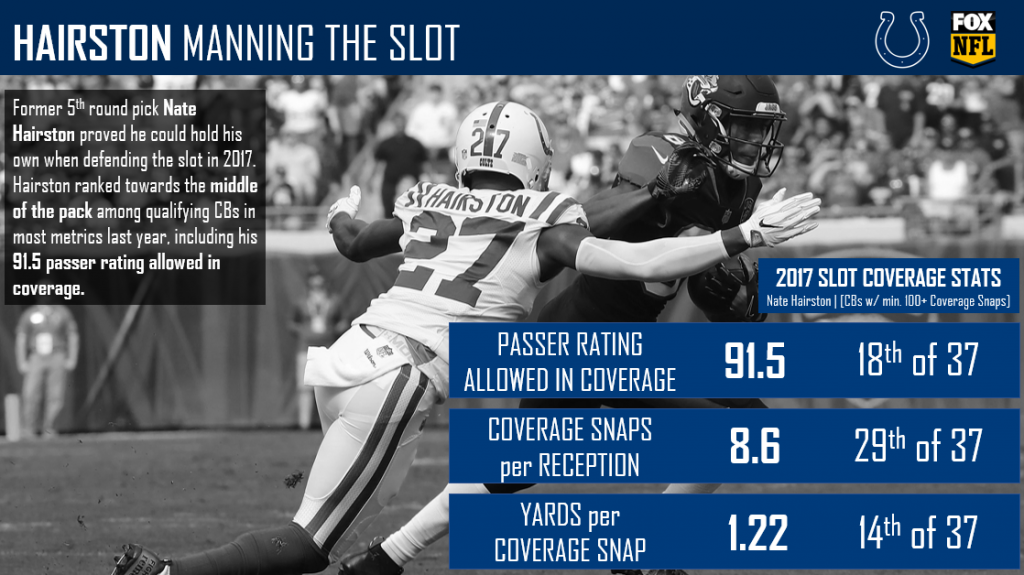 HC DOUG PEDERSON LEANS ON HIS TIGHT ENDS FOR SUCCESS

Eagles coach Doug Pederson led an offense that ranked second in total targets to tight ends a year ago, and even though Trey Burton now suits up in Chicago, Pederson is likely hopeful rookie Dallas Goedert can step into Burton's shoes in terms of targets and production. 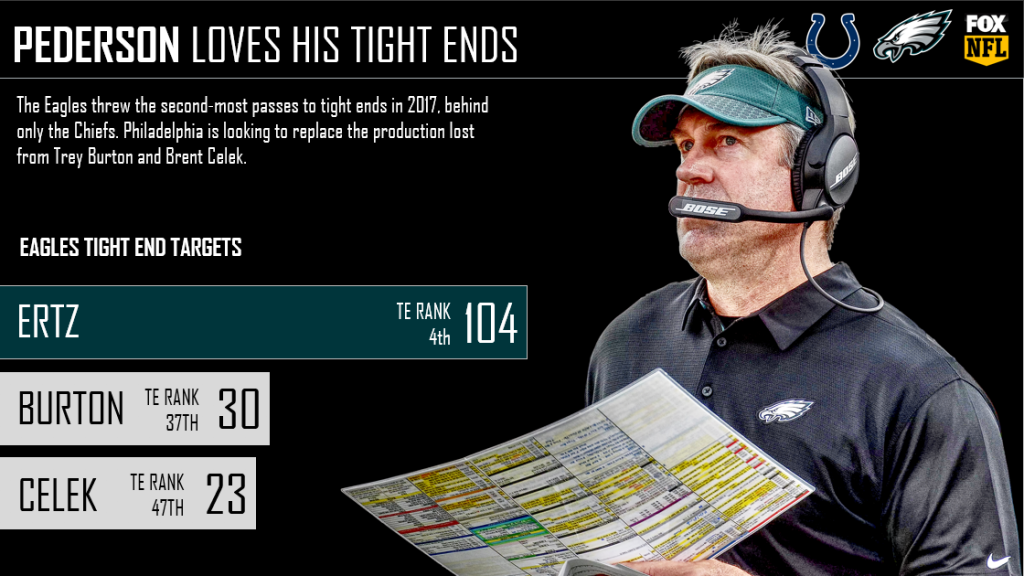 A HEALTHY JASON PETERS IS A MAJOR UPGRADE FOR PHILADELPHIA

The return of Jason Peters allows the Eagles' passing offense to do so much more, especially considering how much better he is in pass protection compared to his replacement, Halapoulivaati Vaitai. 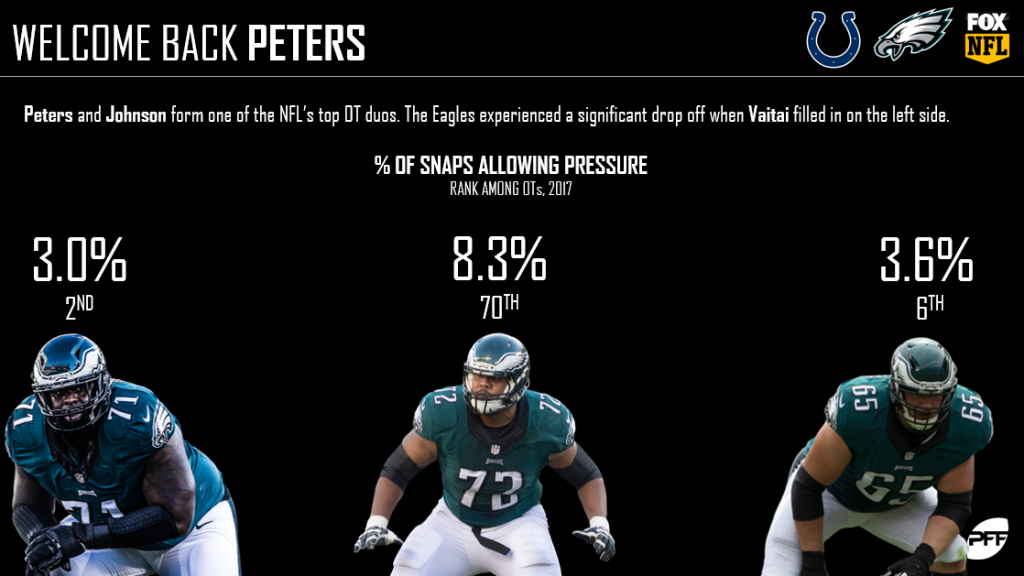 Eagles star defensive interior Fletcher Cox has carried his NFL-high streak of snaps played without missing a tackle into the 2018 season. He has now played 718 defensive snaps without recorded a missed tackle through Week 2 of the 2018 season. 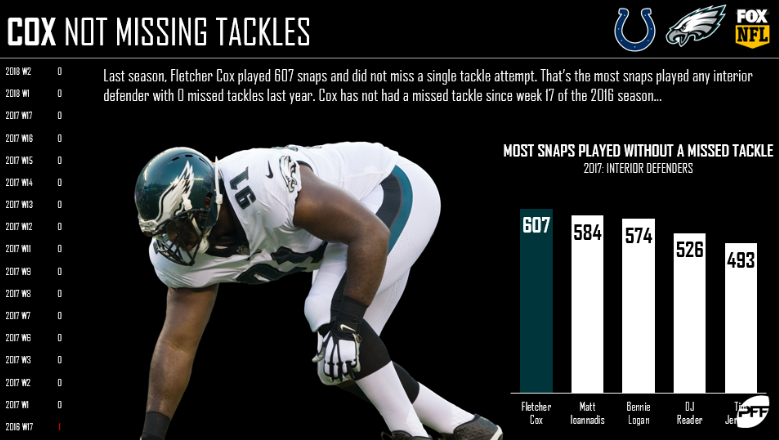 In 2017, the Eagles' defense sent six or more pass-rushers after the quarterback 65 times, which tied for the most in the league. 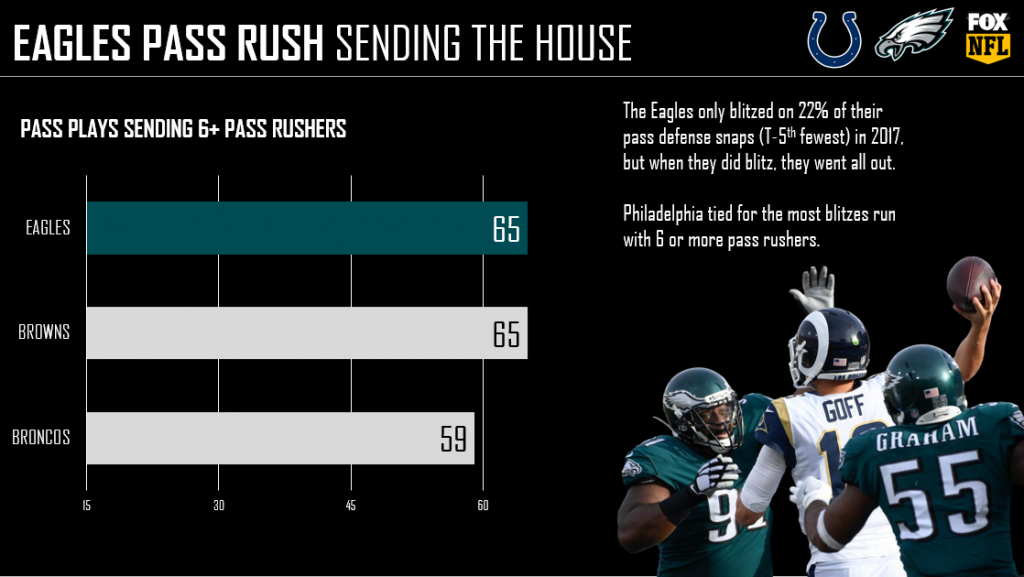 PFF Greenline has projections for the spread, moneyline and over/under of the Indianapolis Colts' matchup with the Philadelphia Eagles. Get its picks here.