The best offseason moves of 2018

The 2018 free agency class was billed as one of the weakest in recent memory. So far, that’s proven to be fairly prescient. The PFF team keyed on the six big impact offseason acquisitions through the first eight weeks of the season, and of them, two were acquired via trade and two others were cut by their old teams. Let’s break down the most impactful offseason acquisitions this season. 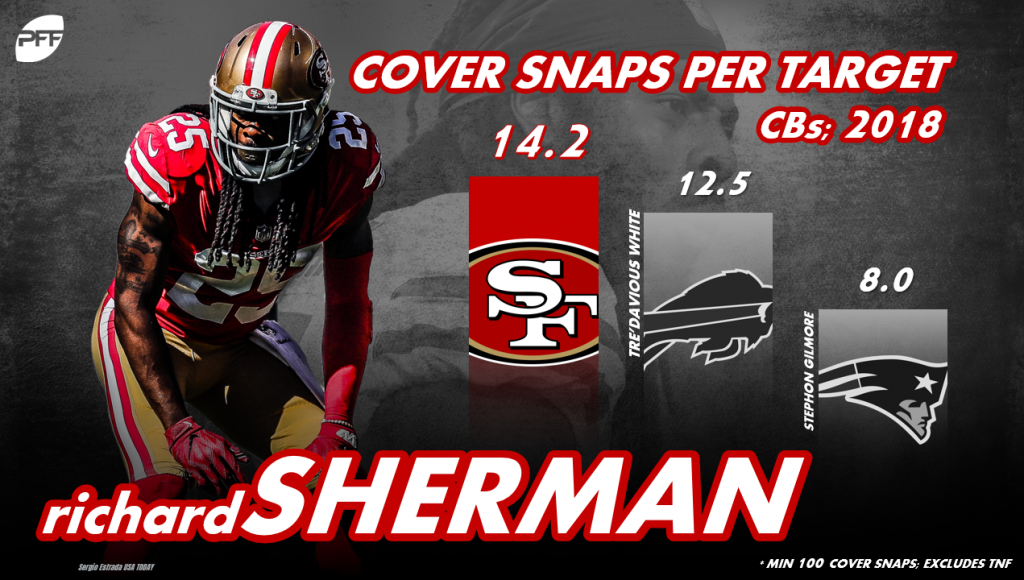 While the record of the 2018 49ers isn’t much better than that of the 2017 version, any and all blame should be directed at players other than Sherman. In the seven games he’s played this season, Sherman has allowed only eight catches for 148 yards. Quite simply, opposing quarterbacks are terrified to target him. The veteran cornerback has been targeted once every 15.1 coverage snaps so far this season. The next closest is Tre’Davious White at 12.5. Unfortunately, the rest of the secondary hasn’t held up their end of the bargain, but that’s not on Sherman.

It was clear that DeShone Kizer wasn’t going to be involved in their quarterback plans going forward as the Browns held the first and fourth overall picks in last April’s draft. Moving him for Randall, now the team's starting safety, looks like a steal in retrospect. Randall was originally a safety coming out of Arizona State before the Packers switched him to cornerback. He was extremely inconsistent on the outside but routinely flashed his first-round potential.

Randall’s looked much better since moving back to safety in Cleveland. He’s missed only two tackles on 48 attempts all season and has allowed a catch rate of only 56.5 percent into his coverage — quite the improvement from what Cleveland had at the position a season ago.

Cooks didn’t come cheap, but sometimes you have to pay for talent in the NFL. One thing is for sure, the first-rounder they gave up wouldn’t likely be producing the way Cooks is at the moment. His 2.49 yards per route is the sixth-best of any wide receiver in the NFL, and his 118.8 passer rating when targeted is seventh. Consistently one of the best deep threats in the league, Cooks has lived up to that billing as well with 270 deep receiving yards – sixth most in the league. This is the type of return you want when you give up a high draft pick.

Jarvis Landry was the top option for years in Miami, but his asking price wasn’t sustainable with their cap situation in the offseason. Landry would sign a five-year, $75.5 million deal after being traded to Cleveland, so the Dolphins chose to give a more modest three-year, $24 million to Wilson coming over from Kansas City. Through the first half of the year, I’d say he’s done a fairly admirable Landry impression. The newly signed wideout is averaging 13.3 yards after the catch, far and away the most of any receiver in the NFL. He’s already broken nine tackles – fifth most in the league – on only 26 catches. For nearly identical results, I’d say the Dolphins made the fiscally responsible decision. 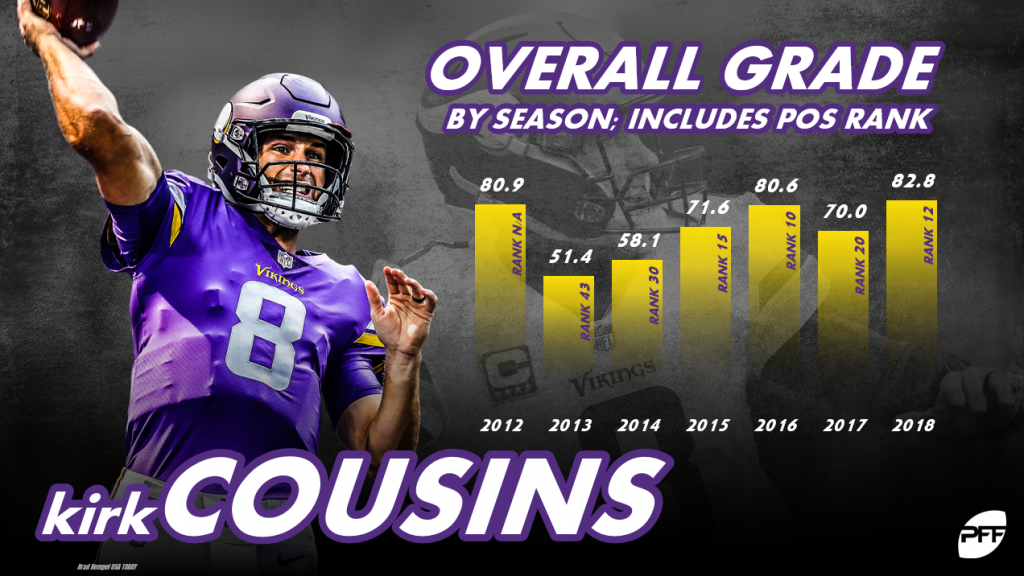 It’s easy to say that the Vikings record is worse than it was a season ago, therefore the Cousins contract was the wrong decision. That completely ignores the fact that the Vikings' defense and offensive line have regressed mightily from their 2017 form. And that’s actually what’s made Cousins performance all the more impressive. He’s been under pressure on 40.9 percent of his dropbacks – the second-highest rate in the league – despite the 11th-fastest time to attempt at 2.46 seconds. Few quarterbacks could even survive behind a line like that, but Cousins has propped them up with a ridiculous 68.3 completion percentage under pressure (highest in NFL) and 91.1 passer rating (second-highest).

The Rams are even better than they were a season ago, and having two players on this list is a big reason why. Everyone knew Ndamukong Suh still had a lot left in the tank, but his contract was simply unsustainable for the Dolphins in their current state. Through eight weeks, Suh is the 15th highest-graded interior defender, and his 29 total pressures are the fifth-most at the position. He’s combined with Aaron Donald to be the second most prolific pass-rushing duo in the NFL in terms of total pressures, regardless of position.