In their last ditch effort to salvage one win this year, the Cleveland Browns' hopes were dropped, literally, against the Pittsburgh Steelers, falling 28-24 after a Corey Coleman drop sealed their fate. With Ben Roethlisberger getting the day off, quarterback Landry Jones was solid in relief, completing 23-of-27 passes for 239 yards and a touchdown to rookie sensation JuJu Smith-Schuster in the victory.

The rookie from USC, Smith-Schuster hauled in 9-of-10 targets for a game-high 143 yards and a touchdown. He added a 96-yard kick return touchdown to cap his impressive regular season resume. Fellow rookie, Browns QB DeShone Kizer threw for 314 yards on just 16 completions but his last pass of his season may be the one most remembered.

Down just four points, on a 4th-and-2 with 1:54 left, Kizer scrambled out of a collapsing pocket, bought time and found a wide open Coleman along the sideline who lost control of the football as he attempted to plant his feet, and the Browns slipped to 0-16 on the year. With that, we give you our PFF-exclusive takeaways from the contest for each team.

Schuster hauled in all nine catchable passes thrown his way to finish with 143 yards and a touchdown to compile a passer rating of 112.5 when targeted. Smith had one deep catch on a ‘go' route for 46 yards against and finished with an impressive yards per route run mark of 4.77 for the day.

Gilbert was perfect in pass protection yielding no pressures on 30 pass-blocking snaps. Playing with reserves and dealing with an in-game injury to center B.J. Finney the Steleers offensive line had to mix and shuffle around players Gilbert stood out, grading positive for the game in both pass protection and run-blocking.

While Tuitt showed up on the stat sheet with just three tackles, he had a lot bigger impact on the Steelers run defense than what the box score may suggest. The former Notre Dame defensive lineman led Pittsburgh's run defense in the absence of Cameron Heyward as he wreaked havoc and beat his blockers to force the ball carrier to change direction on numerous occasions. In addition, Tuitt picked up a quarterback hurry as well.

Davis had a bounce-back performance after a couple lackluster outings in recent weeks. He was all over the field and had an influence on the outcome in multiple facets of the game. Most noticeably, Pittsburgh's safety picked up three total pressures – including a sack – on just 10 pass-rushing snaps. Furthermore, Davis allowed just one reception on the day while he also had an acrobatic interception in the fourth quarter.

Gordon once again proved to be among the few bright spots on the Browns as he hauled in all four of his catchable targets for 115 yards. The Cleveland wide receiver's biggest play on the game came early in the second quarter as he beat cornerback Joe Haden and safety Mike Mitchell on a deep corner route and caught a 54-yard pass from Kizer to set up Cleveland's first touchdown of the day.

Even though Kizer's deep corner pass to Gordon was one of the highlights of his rookie season, Cleveland's signal-caller had a disappointing performance on Sunday afternoon and was fortunate to not turn the ball over more than once. Kizer had multiple dropped interceptions as he completed just one pass on his 14 dropbacks under pressure and had a passer rating of 0.0 when Pittsburgh's pass-rush got to him.

Garrett was played well against the Steelers, finishing with a sack and QB hurry rushing the passer while also forcing a Landry Jones fumble. Garrett won the edge quite often against his first blocker and caused the Steelers to double team him on multiple occasions.

While Peppers did yield three receptions for 50 yards into his coverage, 38 of those yards were after the catch, he still did produce a nice interception and was solid on the back end for the Browns secondary all afternoon. 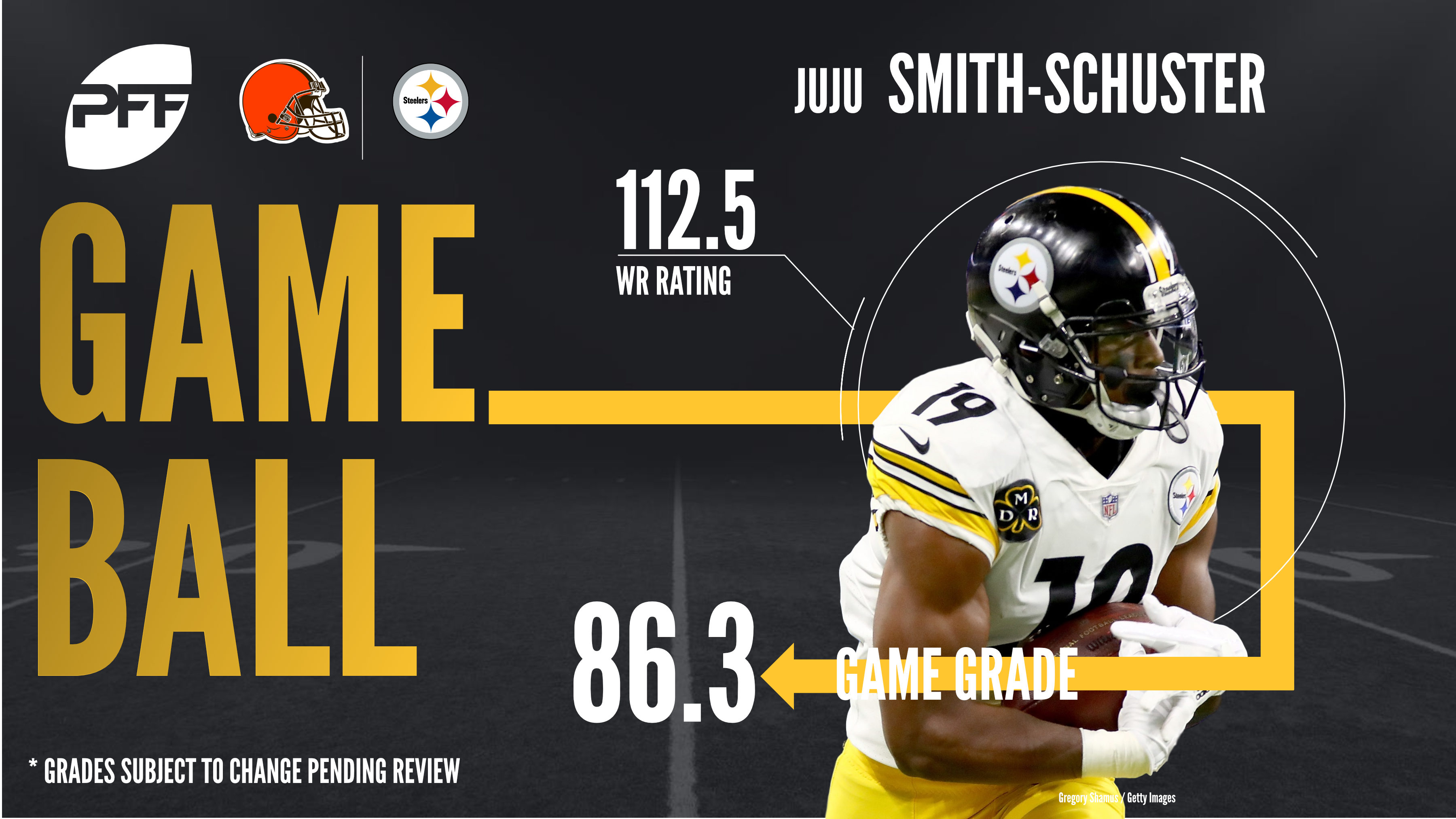