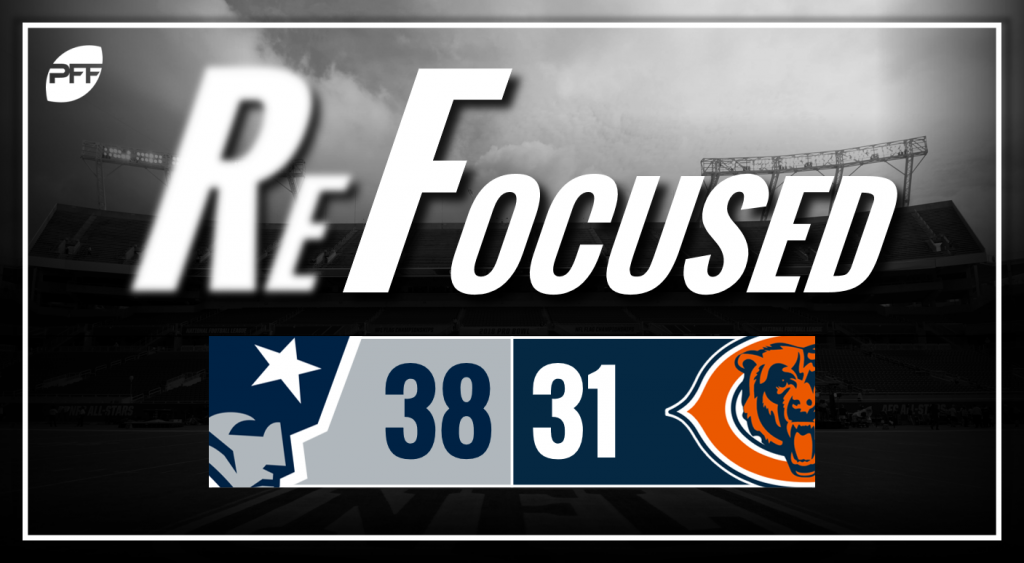 The Patriots' offensive line was outstanding, giving Tom Brady ample time all day long. Center David Andrews allowed multiple pressures, but the rest of the offensive line did their part in holding Khalil Mack and company at bay.

Brady took what was given to him most of the game, as he rarely tested the Bears' secondary deep, only attempting two passes over 20 yards and just five at the intermediate level. Outside of his one interception, Brady found his playmakers underneath the coverage of the defense, as he targeted James White 10 times and Julian Edelman eight times.

Trey Flowers was fantastic rushing the passer and defending the run up front for the Patriots' defense.

The Patriots' special teams made some big plays, as Dont'a Hightower blocked a punt to give the Patriots the lead for good in the second half.

Mack started the season on fire but has cooled off the past two weeks due to an apparent lower leg injury. He was mostly ineffective, as he couldn't put much pressure on Brady.

A Bears defense that looked all-worldly before their bye week has been gashed for 31-plus in two straight weeks. Last week, it was their secondary blowing coverages, taking bad angles and missing tackles. This week, it was an ineffective pass-rush and an inability to come up on all the short passes.

Mitchell Trubisky converted some passes to keep the Bears' offense on the field and made some plays with his legs. But he also had several overthrows and forced a couple throws that either were or should have been intercepted.

Trey Burton put on a show, as he was a force catching the ball down the field for the Bears' offense.

Brady picked apart another defense, finding the open receiver whether it was downfield or a checkdown. Rumors of his demise have been greatly exaggerated.

The Patriots' secondary made just enough pass breakups in the secondary to help New England get out of Soldier Field with a win.