The Kansas City Chiefs defeated the Denver Broncos, 27-23, in Week 4 of NFL action. 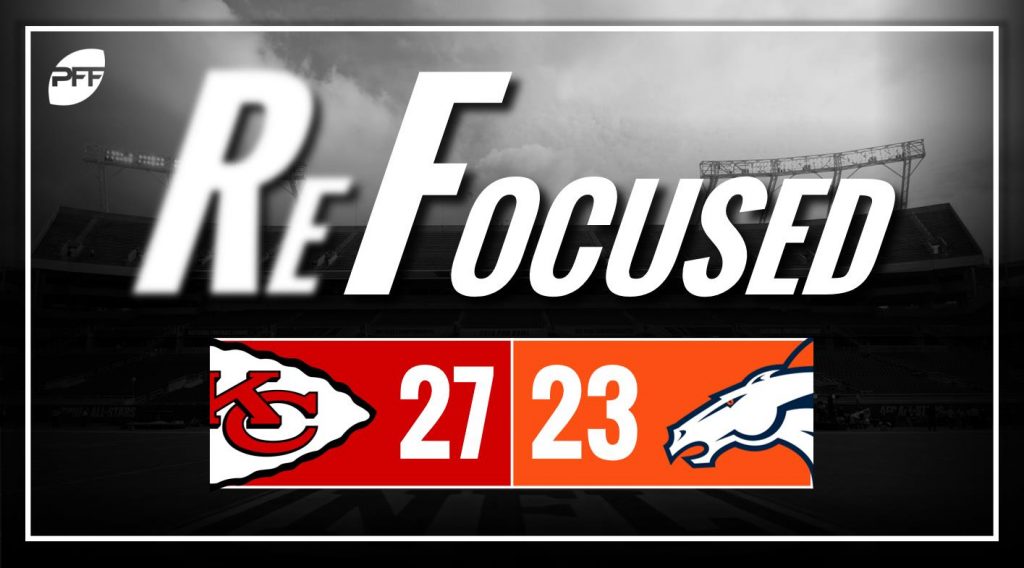 Patrick Mahomes, now 5-0 as a starter and 4-0 on the season, pushed any remaining critics to the curb with his performance Monday night. The former Texas Tech standout made plays out of structure all night long, including when tasked with coming from behind in the fourth quarter.

After failing to connect once in the first half, Mahomes found his star tight end Travis Kelce seven times for 78 yards and a touchdown in the final two quarters of play. Kelce helped the offense progress down the stretch on key downs, proving valuable to Mahomes on multiple occassions.

The highlight for the Chiefs' defense was the first play out of the second half the defense played. While they had been bullied up front in the first half, they had only allowed 13 points. Then, Eric Murray took the ball out of tight end Jeff Heuerman hands to force an interception.

Outside of edge defenders Dee Ford and Justin Houston, the Chiefs struggle to get any pass rush, and neither Ford or Houston have been able to get enough consistent pressure to get the Chiefs' defense some big plays

Throughout the game, the Broncos were able to gash the Chiefs' defense to nearly eight yards per carry through rookie running backs Phillip Lindsay and Royce Freeman. Both players were able to break tackles over and over again.

Case Keenum drove the Broncos down to the Chiefs' 28-yard line, and everyone will remember the hook and ladder play to end the game, but the overthrow on 3rd and 10 when Keenum had Demaryius Thomas wide open for a touchdown is the play that everyone should remember. Keenum had the chance to end the game, but the missed pas forced the Broncos to get cute on fourth down.

Denver's defense, led by edge defenders Bradley Chubb and Von Miller, put an ample amount of pressure on Mahomes throughout the game, but Mahomes too often scrambled out of pressure to make big throws for the defense to force a negative play.

Cornerback Bradley Roby also turned in a solid performance for the Broncos' defense, but the play of Mahomes in the scramble drill put him and the rest of the secondary in indefensible situations at times.

Showtime Mahomes made plays all night long, including when the team needed him most.

Averaging eight yards per carry helped the Broncos' offense, but, once again, it comes down to being able to make plays in the passing game. Keenum was unable to hit them when they mattered most.