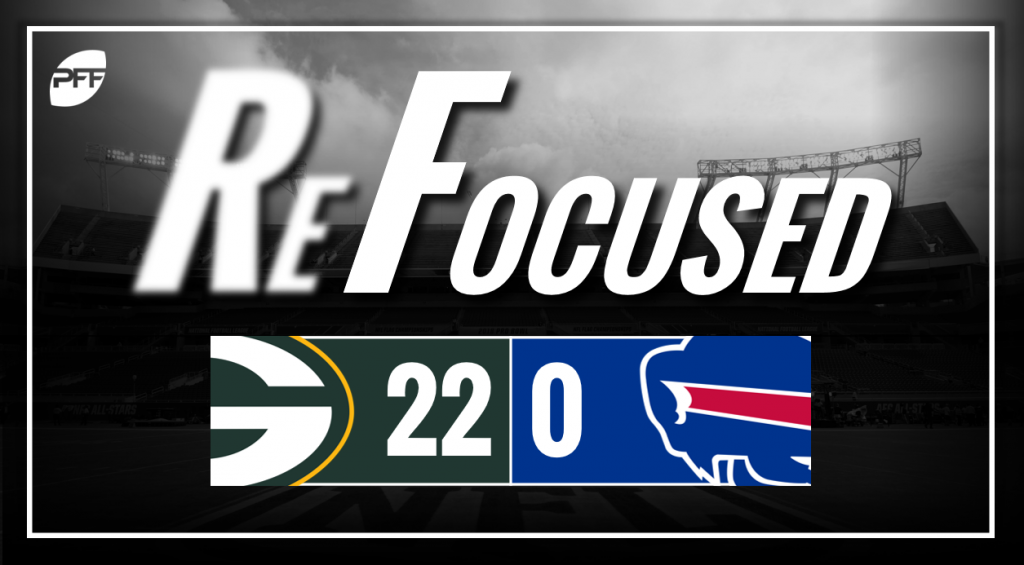 The Packers benefitted from the return of right tackle Bryan Bulaga this week, as the offensive line held up well in pass protection and rarely allowed pressure on Aaron Rodgers. When he did face pressure, it was due to overload blitzes or the Bills beating the protection with scheme.

Statistically, it will look like a decent game for Rodgers, but he made a couple of uncharacteristically poor throws that won't be reflected in the box score. On a fourth down in the third quarter, he threw a hitch route that was jumped by cornerback Ryan Lewis. While it was a turnover regardless because of the down, Lewis dropped the ball, which saved Rodgers from what would have been a pick-six.

The Packers won this game with help from their pass-rush. They recorded seven sacks, and a lot of that was schemed by bringing an extra rusher that the Bills could not pick up. With the inaccuracy issues of Allen, the Packers were not worried about getting beat for big plays.

The young Packers secondary were able to completely manhandle the Bills receivers. The Packers only allowed 82 yards to Bills wideouts, and they struggled to get open all day long.

Quarterback Josh Allen struggled with accuracy to all levels of the field. He completed less than 50% of his passes, and this was often because he was trying to force the ball into tight windows.

The Bills run game was non-existent, as the Bills offense opted to rely on Josh Allen to move the football. As a result, the offense was behind schedule for most of the game.

The Bills' defensive line played just fine against the run, but the group struggled to generate pressure in the pass-rush, and they may not have had a single lineman with more than one disruption.

The Bills lost Micah Hyde to injury early in the game, but the secondary performed better than expected in coverage against Rodgers. However, for every big play that Ryan Lewis and Tre'Davious white made, they also seemed to give up a big play to even it out.