The Seattle Seahawks defeated the Dallas Cowboys, 24-13, continuing the third full week of action in the NFL. 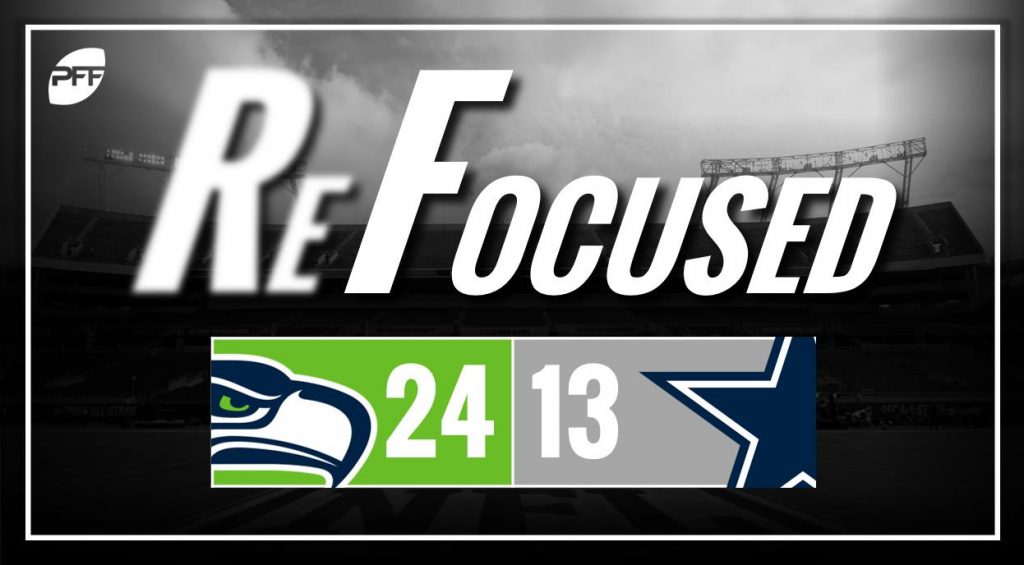 The star of the show was Chris Carson, who made the running game work. Despite some sub-optimal blocking, he managed to find room while also grinding out some hard yards through contact, all of which was epitomized by his late third-down conversion that effectively iced the game.

This was much more like the Russell Wilson we've come to expect with him able to hit a number of big-time throws, avoid putting the ball in danger and move around in the pocket in a far more controlled manner than we saw against the Bears. He still wasn't blameless for some protection issues the team had, but you live with that given everything else he can bring to the table.

“We talking about practice,” Earl Thomas said, probably. The All-Pro safety did a nice job throughout the game at closing on underneath passes to limit Dallas' offense, and he came down with two interceptions, the second one locking up Seattle's win.

It was an up-and-down game for Tre Flowers. The fifth-round rookie made a nice play in the first quarter to break up the pass that ended up being Thomas' first interception, but the Cowboys were able to target him throughout the second half with some success. They took advantage of Flowers' off coverage with hitch routes along the sideline, and he struggled to keep up with Cole Beasley on a horizontal route across the field on a fourth-down pickup.

The Dallas defense hasn't shone brightly this year, but one player continues to stand out. Corner, come safety, come corner again, Byron Jones has another memorable game and comfortably won his battle with Brandon Marshall with some close coverage and good ball skills to prevent completions. There aren't many cornerbacks playing better than Jones right now.

This year's first-round pick is starting to make an impression. Leighton Vander Esch was all over the field, making a number of tackles for defensive stops on early downs. He might not be an every-down player yet, but the early signs are encouraging.

Dallas had some success moving the ball on the ground with Ezekiel Elliot, specifically with stretch zone plays that allowed Zeke to take advantage of his vision and ability to pivot and burst upfield. Unfortuantely for the Cowboys, they got down and had to abandon the run game for the most part.

Dallas struggled to move the ball throughout the game, going three and out a handful of times. Add some unfortunate turnovers in there, and that's a recipe for a frustrating loss.
Dallas:

This was a game where the excellence of Carson was the determining factor. He constantly got more yards than his blocking gave him, and that was key in sustaining drives.