The Chicago Bears defeated the Seattle Seahawks, 24-17, concluding the second full week of action in the NFL. 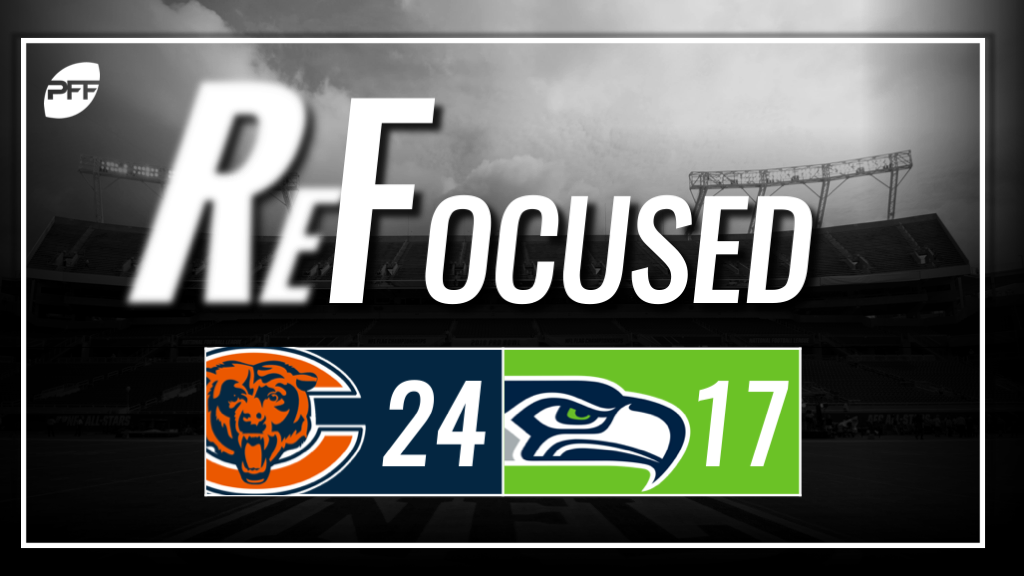 Quarterback Mitchell Trubisky‘s highlight play was a beautiful throw on an out route that put the Bears up by two touchdowns in the fourth quarter. Trubisky had two interceptions, one of which was deflected before it was picked off, and the other was a deep ball that he underthrew. Throughout the game, he flashed his potential with his mobility and accuracy, and if he can further develop his pocket presence by not moving out of the pocket unnecessarily, he should develop into a force to be reckoned with.

Receivers Allen Robinson and Taylor Gabriel were Trubisky's favorite targets tonight, and the Bears were creative in getting Gabriel touches as he had several nice runs on Jet sweeps and screens in the open field. Running back Jordan Howard also made some nice runs, and while it was far from flashy at times, the offense managed to successfully move the chains.

The Bears defense managed to record six sacks, and most them were the result of well-timed blitzes. The pressure that they produced through the first three quarters managed to get the Bears a lead that was ultimately too much for the Seahawks to overcome.

Prince Amukamara managed to seal the game for the Bears with a very savvy interception that came as he undercut a hitch route in the fourth quarter. Outside of the interception, Amukamara was all over the Seahawks receivers in coverage and seemingly never allowed more than a step of separation.

To counter attack the Bears pass-rush the Seahawks went to a very quick passing attack, armed with a lot of short passes. Typically Russell Wilson tries to hold on the ball and make big plays, but against the Bears, he was limited to underneath passes for the majority of the game.

The Seahawks pass-catchers really struggled with the quick passing game. The majority of the time they failed to get enough separation to gain yards after the catch and as such, it limited the Seahawks offense.

Seahawks cornerback Shaquil Griffin was a popular target for the Bears and he handled the challenge remarkably well. He ended the game with two interceptions, but he also had a pass break up and overall, really impressed in coverage.

Edge defender Frank Clark stood out as a pass-rusher and gave the Bears offensive line trouble throughout the game. Clark ended the contest with a sack but also had several other quarterback pressures that forced early throws from Trubisky.

Seattle: The Seahawks failure to get anything going downfield hurt their chances, as did the sheer amount of pressure that was applied to quarterback Russell Wilson.

Chicago: The Bears offensive system made sure that they got the ball into the hands of their best play-makers. Trubisky, while not perfect, was proficient enough to ultimately lead the team to victory.