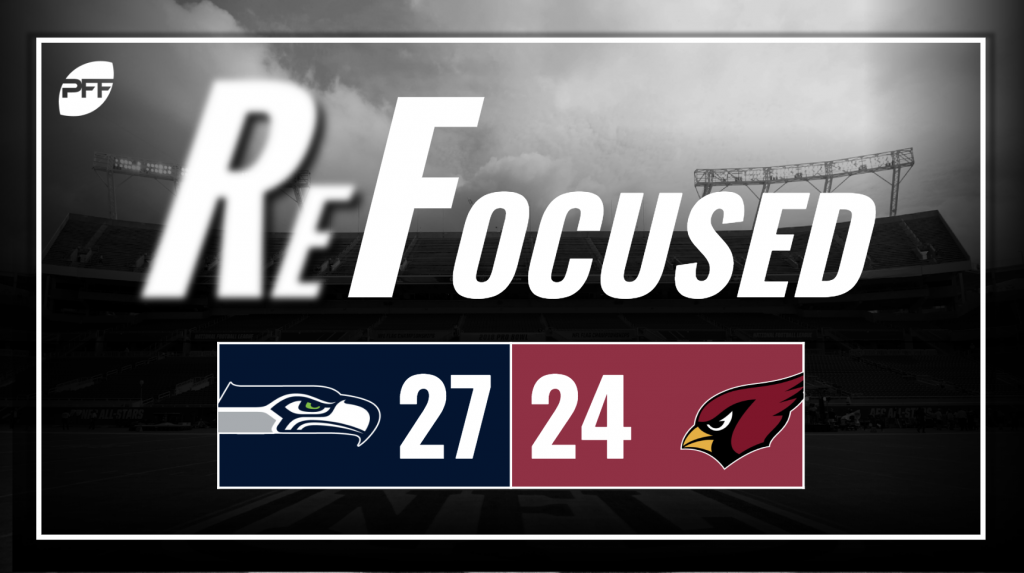 Russell Wilson was good overall. He threw a touchdown to Tyler Lockett down the seam on a busted coverage, but he also threw an interception to David Amerson, who jumped a slant route.

Chris Carson had an impressive second-quarter rushing touchdown slipping through contact from Haason Reddick. Carson started to pick up steam in the third quarter when he ripped off a 61-yard run through a wide hole. Mike Davis finished off the 98-yard Seahawks' drive two plays later with a 17-yard touchdown run.

Rookie defensive end Jacob Martin recorded his second career sack on a strip sack of Josh Rosen in the first half. That was the first of six in what was a feeding frenzy for the defensive line.

Josh Rosen took some hits on the chin and fumbled twice as the Cardinals' offensive line struggled to protect him. The unit allowed six sacks and will be among the top priorities to upgrade in the off-season. Rosen finished with a sub-par stat line, going 18/34 for 149 yards.

Larry Fitzgerald made a nice one-handed touchdown grab in what could be his last NFL game. Chad Williams was Rosen's favorite target on the afternoon, hauling in five catches for 51 yards. On the ground, David Johnson carried 17 times for 62 hard earned yards as there was limiting running lanes against the stout Seattle defense.

Antoine Bethea had a second-quarter sack of Russell Wilson by beating Mike Davis inside. A Patrick Peterson scoop and score off a Chandler Jones strip-sack was called back by a defensive holding penalty by Haason Reddick, as he grabbed Doug Baldwin in coverage.

Seattle:  The Seahawks continued to use multiple running backs in their rushing attack. Russell Wilson was pressured often and sacked frequently, but did enough to get the win.

Arizona: Seattle's defense put pressure on Josh Rosen all game, which led to six sacks. The Cardinals have many areas on the roster they'll need to improve in the off-season.