The Pittsburgh Steelers defeated the Cincinnati Bengals, 16-13, in Week 17 of the 2018 NFL season. 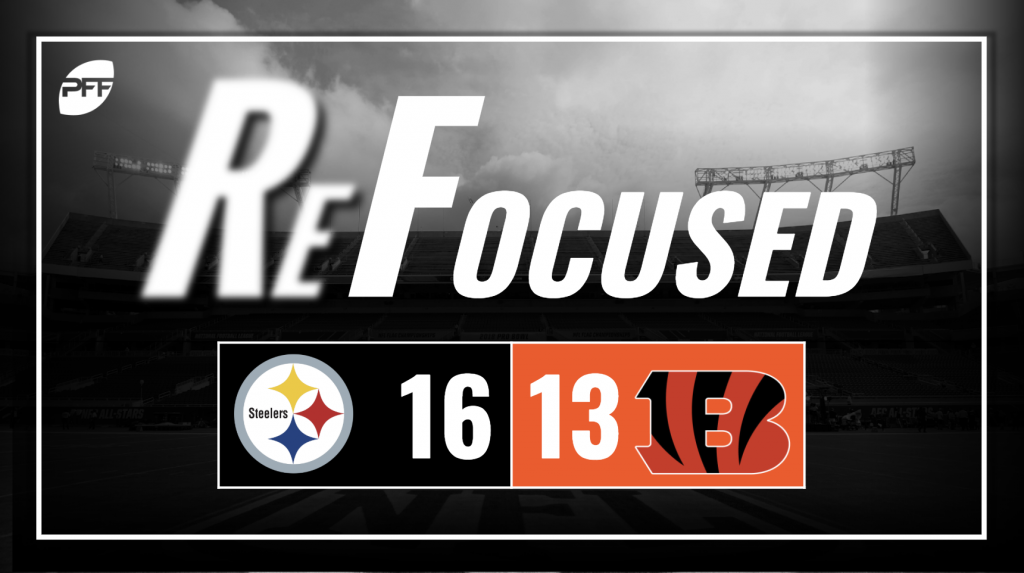 It was tough sledding for quarterback Ben Roethlisberger in the season finale against the Bengals. Roethlisberger was without his top wide receiver, which made things difficult. He also struggled against pressure, most of it coming from the middle where he was unable to step into the pocket.

The return of James Conner was a successful one, even though he was not given a lot of running room to work with. Conner had a positive impact in both running and catching the football for the Steelers, forcing missed tackles and making the most out of his opportunities.

It is tough to find anything bad to say about the Steelers defensive unit that dominated for most of the day outside of one outstanding Joe Mixon run. In the secondary, the standout player was Coty Sensabaugh who made a string of plays on the final drive to seal the victory for the Steelers.

T.J. Watt continued his improved sophomore season with an all-around positive performance on the edge. Watt made a positive impact in run defense, pass coverage and in his pass rush. Watt’s versatility is a going to be a real asset for the Steelers defense for the next few years.

It was a rough day for rookie first-round pick Billy Price in what has been a tough year overall. Price was often controlled at the line of scrimmage by whichever Steeler interior defender lined up across from him. The Bengals had to rely on Joe Mixon doing most of the work for himself in the running game as a result.

The one positive takeaway for quarterback Jeff Driskel is that he did not put the ball in danger. Driskel, however, is not an impact player at the position and is just unable to make the throws required to be a successful starting quarterback in the NFL.

Safety Jesse Bates capped off a successful rookie season with an outstanding performance. Bates did not allow a catch and broke up two passes.

The play of the day was made by the other safety Shawn Williams though. The Bengals were in man coverage with Williams assigned the robber position to play the middle of the field. Williams read Roethlisberger’s eyes and jumped the route and took back his interception for a touchdown.

Pittsburgh: Though the offense struggled for the Steelers, their defense owned the day and did not allow a touchdown.

Cincinnati: The Bengals defense was good all afternoon and even made a huge pick-six, but the Bengals were unable to consistently run the ball which meant putting the ball in the hands of Jeff Driskel, who struggled.