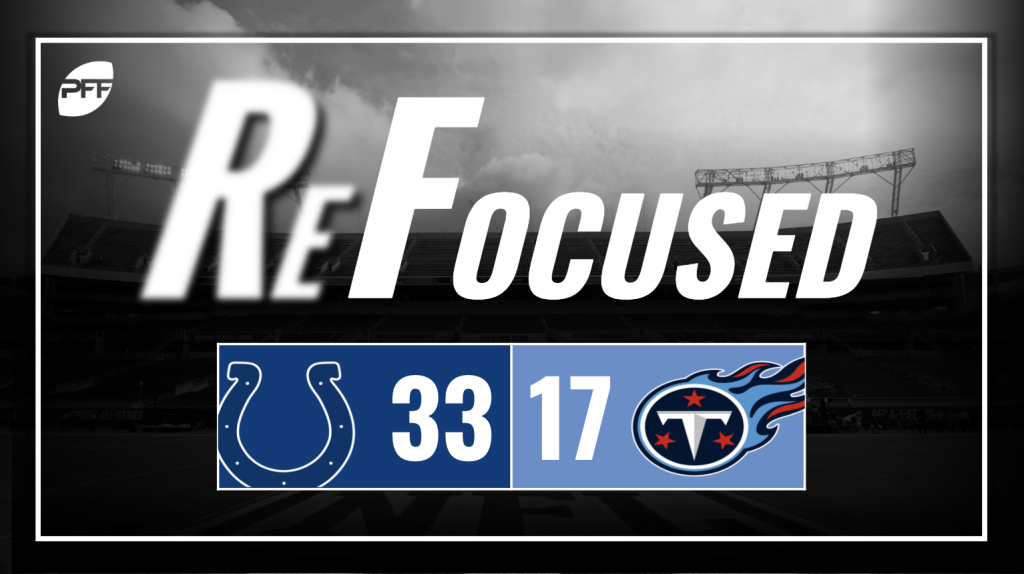 The Colts' ground attack was on full display throughout the majority of the game. They took advantage of the absence of Titans defensive tackle Jurrell Casey, and the offensive line created consistent movement at the point of attack. They ended with 36 rushes for 158 yards.

Andrew Luck made a few poor decisions that could prove costly in the playoffs, but he overcame them Sunday Night against the Titans. He threw a pick six and another that could’ve been picked off where defensive lineman Derrick Morgan couldn’t haul it in. Luck ended up having a nice stat line, going 24-of-35 for 285 yards and three touchdowns.

Rookie linebacker Darius Leonard was once again the leader in tackles for the Colts. Leonard was especially efficient in the passing game while he was in coverage. He allowed some underneath catches but was there to make quick tackles and not allow the Titans to gain much yards after the catch.

The Colts' defense couldn't get much pressure on Blaine Gabbert throughout the game, but because they knew that Gabbert struggles reading zone coverage, they sat back and let Gabbert try and break the Colts' defense. As a result, he couldn't move the ball downfield.

In a game where the Titans had to win to make the playoffs, they were forced to start Gabbert. The former first-rounder showed who he has always been, a QB who struggles to throw the ball downfield with any accuracy and misreads defenders in the passing lane. Gabbert threw two interceptions and had other throws that could have been picked off.

The only times the Titans' offense looked a threat for the Colts was when Derrick Henry moved the chains in the run game. The problem was anytime the Colts stopped Henry, the Titans had no answers. Henry's best run was a 33-yard scamper on the backside of a zone run where he broke a tackle and took a defender for a ride for an extra 10 yards.

The defensive unit had an off night in a must-win game, allowing over 420 yards of offense. They struggled mightily to get any sort of pressure on Luck in the first half perhaps due to the absence ofCasey. The second half was slightly better but ended up being too little too late.

Wesley Woodyard led the team with 14 total tackles, as the veteran continues to be a tackling machine in his 11th year in the league. Harold Landry recorded a sack, giving him 3.5 on the year. He’ll be an important piece going forward for a young Titans team.

The Colts rushing attack was an integral part in a must win game. They ran the ball 36 times for 158 yards, and the offensive line owned the line of scrimmage. That recipe paired with the ability of Luck can spell danger for opposing teams in the playoffs.

The Titans will look at this season as a missed opportunity to make the playoffs, as injuries to Marcus Mariota and key defensive players were too much to overcome. The Titans couldn't convert on third down and struggled to consistently move the ball against the Colts' defense.