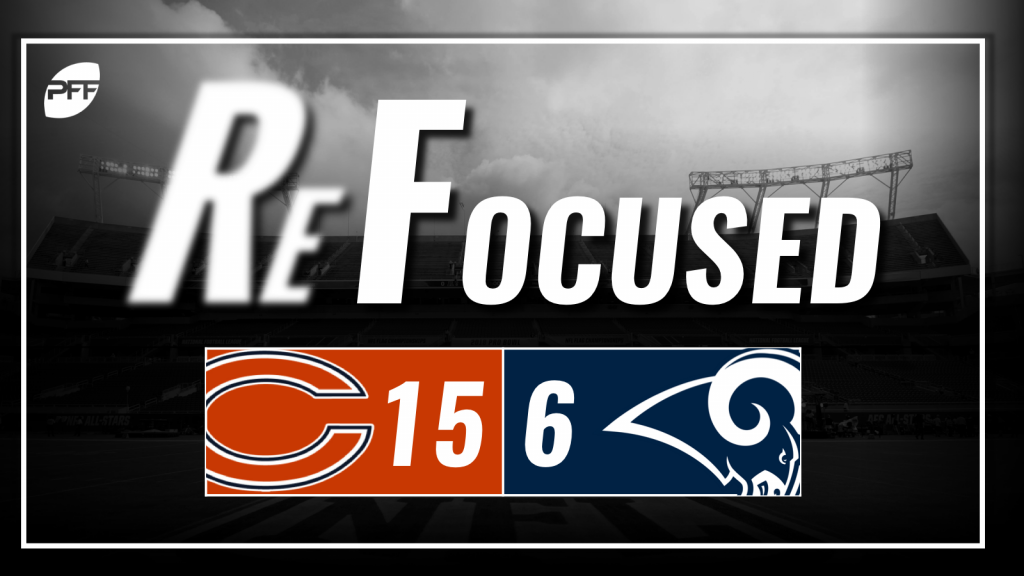 Mitch Turbisky struggled in the passing game, failing to record over 100 yards on 30 attempts. Trubisky did everything he could to let the Rams back in the game with his three interceptions. When the Bears asked Trubisky to throw downfield, he struggled to hit the ball close his receivers, missing high far too often.

Jordan Howard recorded his first 100-yard game of the season and nearly matched Trubiksy's passing yards. Howard was the key cog for the Bears, as they were forced to do just enough on the ground to keep the chains moving.

The Bears' defense was dominant and held the Rams to under 250 yards of offense and only six points. The defensive front was essentially unblockable, as they recorded three sacks on top of numerous pressures and quarterback hits. Khalil Mack and Akiem Hicks were among the standouts, and each recorded a sack with Mack recording a strip-sack.

Jared Goff had his worst game of the season going up against one of the top defenses in the NFL. He completed under 50% of his passes and threw four interceptions. Goff was under pressure essentially all game long, as the Rams offensive line struggled with miscommunications and top-tier pass-rushers of Chicago's defensive line.

The Rams couldn't generate any rushing attack, which plays an integral part of their gameplan every week. Gurley finished with only 28 yards on 11 carries and the offense finished with just over 200 yards of total offense, well below their season average.

Aaron Donald and his ability to take over games for the Rams' defense has been unparalleled. However, against the Bears, he was kept quiet all game. He struggled to create pressure and only recorded one tacke and one assist as the Bears got the ball out quick or used a lot of trap plays to limit the effectiveness of the best defensive player in the game.

Marcus Peters came down with an interception early in the game to put the Rams in position for their first score of the game and then recorded another pass deflection. Outside of those two plays, Peters took away any receiver on his side.

The Bears won this game due to their defense. The game showed how good the team's defense is and how little they need from the offense to beat even the best teams in the league.

The Rams' potent offense came across a defensive juggernaut in Chicago, which led to a season-low in yards and points by the Rams. Goff was under pressure all night and threw four interceptions. Couple that with the lack of ground game, and the Rams drop their second game of the season.