The Indianapolis Colts defeated the Jacksonville Jaguars, 29-26, in Week 10 of the 2018 NFL season. 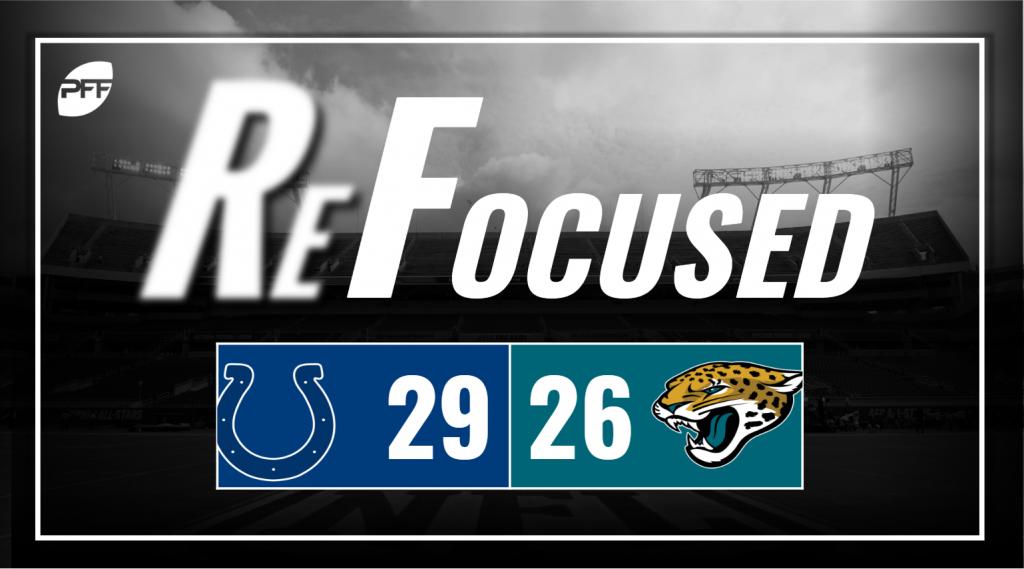 The Colts' defense had great success in slowing down the Jaguars' rushing attack. The Jaguars are built through their running game, and the Colts forced the ball into Blake Bortles‘ hands. The Colts' defense combined to force the Jaguars to under three yards a carry, which is about as good a job as they could have done.

The game-sealing play was made by the pair of safeties for the Colts, which was overall their best defensive unit on the day. Clayton Geathers stripped the ball and Malik Hooker scooped the ball up late in the fourth quarter to effectively end the game.

Andrew Luck is in top form, and along with the excellent play-calling of head coach Frank Reich, the Colts' offense can score with the best in the NFL. Using a mix of play action, RPOs and passes on first downs, the Jaguars' defense was on its heels all game long.

The tight ends for the Colts had themselves a day outside the one drop by Mo Alie-Cox that resulted in an incredibly unlucky interception for Luck. Colts tight ends caught nine of 11 targets for 136 yards, three touchdowns and six first downs. Eric Ebron was the beneficiary of a couple of busted Jaguars coverages for two touchdowns.

Sunday marked the return of Leonard Fournette for the Jaguars, and surprisingly, his biggest impact was actually as a receiver. The Jaguars struggled to give Fournette clean holes, so it was difficult for him to get up to speed. With the injuries on the offensive line, it looks like the running game for the Jaguars will continue to struggle.

Bortles had his best game in several weeks against the Colts, throwing for over 300 yards. But what was most valuable was that Bortles did not put the ball in danger at all, as he finished the game with no turnover-worthy plays.

The once vaunted pass-rushing attack has been reduced to Calais Campbell and not much else. Campbell did his part and terrorized the Colts he engaged with, generating several pressures while being strong as a run defender.

The Jaguars' secondary was elite in 2017, as the duo of Jalen Ramsey and A.J. Bouye was on the Mount Rushmore of cornerback pairings in the NFL. In 2018, however, Ramsey has struggled to maintain his strong play, and Bouye has missed time due to injury. The rest of the secondary hasn't picked up the slack, and the unit looks lost, as they busted several coverages leading to big plays all game long.

Luck and the Colts' offense came out in the first half firing on all cylinders, and it took an eight and a half minute drive by the Jaguars to start the second half to slow them down. Despite being shutout in the second half, the 29 points proved insurmountable.

The Jaguars' defense has lost its way from what was last season. There were too many busted coverages that allowed easy Colts touchdowns, which they cannot afford.