The  Jacksonville Jaguars defeated the New York Giants on Sunday afternoon, 20-15, during the NFL's first full Sunday of action. 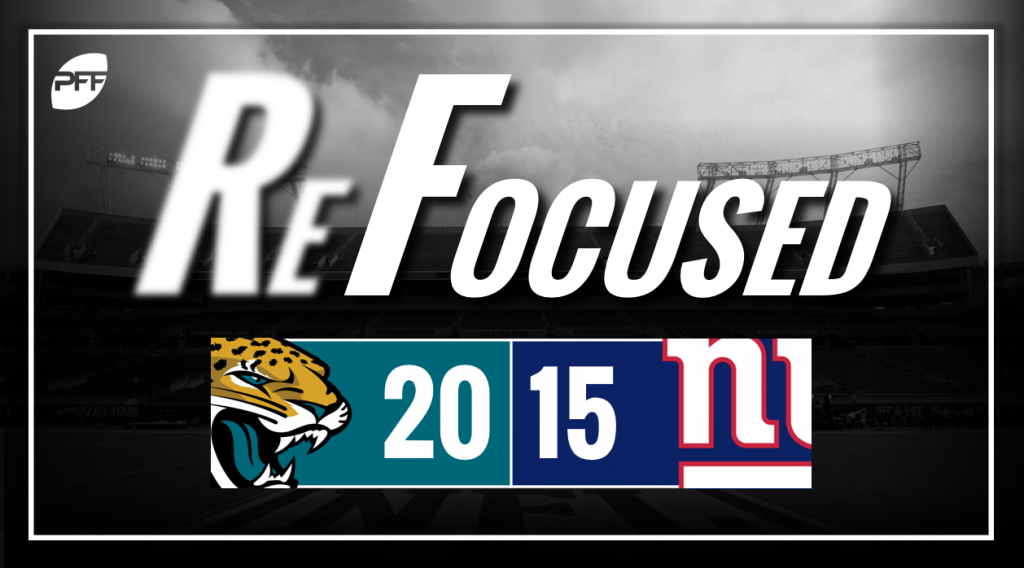 Second-year running back Leonard Fournette looked good before being forced from the game with an injury in the second quarter. Fournette gained at least five yards on five of his nine carries, putting the powerful short-term burst that landed him as a top-5 pick a year ago on full display.

The offensive line was beaten up a bit by the Giants defensive line in the run game, but they had a nice afternoon in pass protection. Quarterback Blake Bortles was able to make many of his throws from a clean pocket, and the Giants were only able to get to him for one sack, a play where Kareem Martin was able to get past Andrew Norwell into the pocket.

The career of cornerback D.J. Hayden has been somewhat disappointing so far, however, in the slot for the Jaguars, he seemed to have found a home where he was able to be active in short zones and play more to his strengths.

The Jaguars Defensive line looked as strong as it did a season ago. However, the secondary struggled at times, especially against wide receiver Odell Beckham, who consistently found himself open against the Jaguars defensive backs.

The offensive line struggled mightily against the pass-rush of the Jaguars. While the unit only gave up a couple of sacks on the day, quarterback Eli Manning was under consistent pressure, and that pressure was in Eli's face very quickly.

The new New York Giants offense involves a lot of rollouts and getting Manning out of the pocket. On top of that, there was a lot of passes thrown to short crossing routes, with the plan on getting as many yards as possible after the catch. However, the skill positions had multiple drops when they were out in space, and it kept the Giants offense behind schedule at times.

The Giants defensive line should make life difficult for opposing running backs throughout the season. Damon Harrison looked like he's ready to be the gold standard for run stuffing interior defenders once again, and Dalvin Tomlinson along with third-round rookie B.J. Hill also looked good in run defense.

Cornerback Eli Apple had a strong game in coverage, especially covering throws deep down the right sideline. Blake Bortles challenged Apple twice with vertical routes down the sideline, on the first one, he cut off receiver Donte Moncrief from having any shot at making a catch, and on the second one, he stayed step-for-step with Moncrief before throwing his arms up and getting a hand on the ball to defend the pass.

Jacksonville: The Jaguars offensive line did a tremendous job of keeping their quarterback free from pressure. If they can repeat the success they had in pass protection on a weekly basis; this Jaguars offense could take a nice step forward from where they were a season ago.

New York: Rookie running back Saquon Barkley showed what made him one of the explosive players in the draft with his 68-yard touchdown, where he bounced it out and broke three tackles to score. However too often in the game, he had very little running room as the offensive line struggled to create much space at the line of scrimmage.