The New Orleans Saints defeated the Los Angeles Chargers on Saturday night, 36-7, continuing the third full week of preseason action in the NFL. 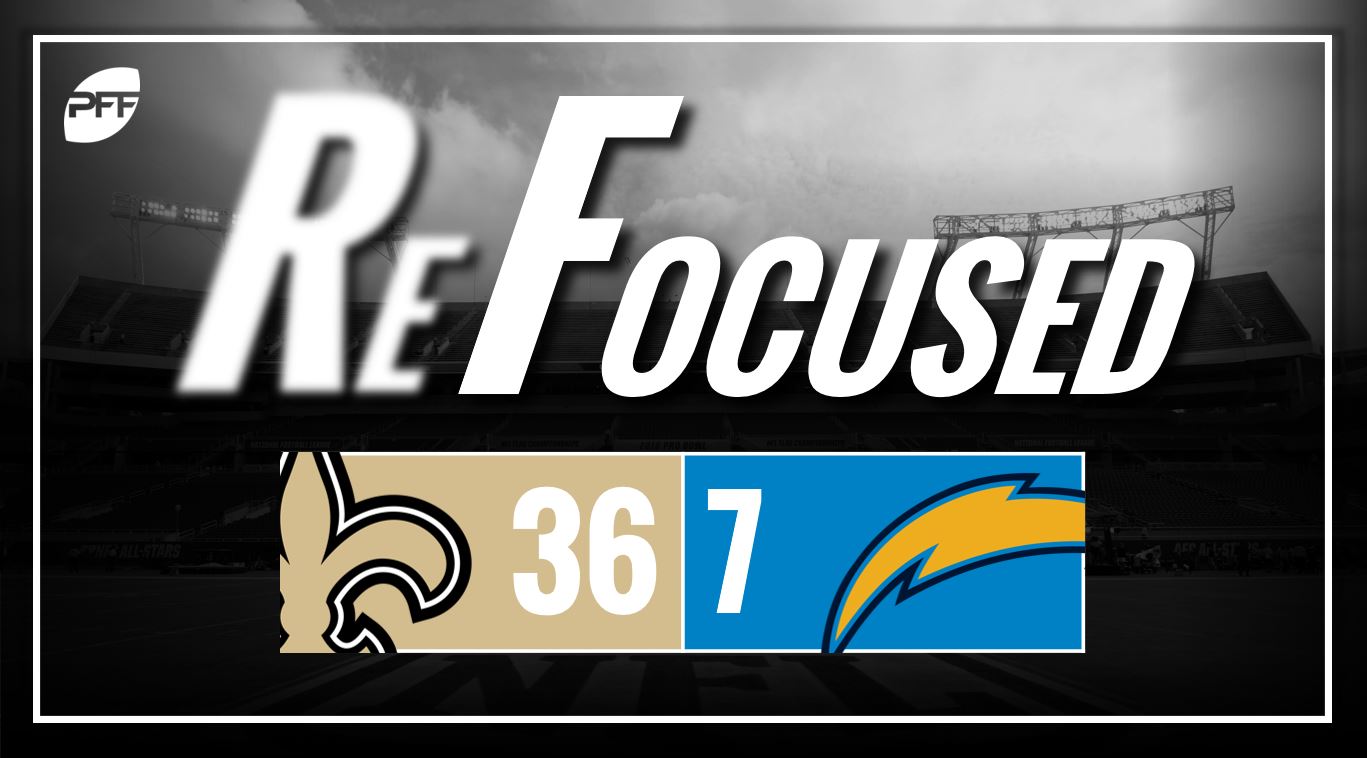 The Saints' first-team offense struggled early on against the Chargers' defensive starters but eventually got rolling late in the first quarter after quarterback Taysom Hill picked up a first down off of a fake punt. The Saints first-team offense displayed some of their patented explosiveness and capped off their final drive with a two-yard touchdown run by Alvin Kamara.

Taysom Hill led an efficient offensive attack in the second half, running for one score and throwing for a second late in the game. Hill showed off his ability to escape the pocket and use his legs, as he led the team with 35 rushing yards.

The Saints' first-team defense did not have a strong night stopping the run. Edge defender Trey Hendrickson was driven off the ball on multiple occasions by tackle Russell Okung, and cornerback Marshon Lattimore gave up outside contain on a couple of long runs. There were a lot of positive takeaways from tonight's beatdown, but the run defense was not one of them.

New Orleans shut down the Chargers' passing game all night long. The Saints allowed just over four yards per passing attempt as Chargers quarterbacks combined to throw for fewer than 100 yards. Cornerback Marcus Williams was the standout from the secondary, as he read Geno Smith's eyes and jumped a hitch route, taking the interception back to the house for six. The Saints' pass rush was also strong, racking up four sacks and generating consistent pressure throughout the night.

The Chargers' first-team offense was dominant running the ball during the first couple of drives. The offensive line was getting consistent push on the Saints' defensive front, including a couple of notably impressive blocks from tackle Russell Okung. Running back Austin Ekeler ran for 50 yards on six attempts thanks to the fantastic run-blocking and showed some explosive bursts through those holes.

Quarterback Geno Smith had a rough night passing with just 45 yards on 11 attempts. His performance was accentuated by an ugly pick-six where he got caught staring down his receiver on a curl route. The coaching staff gave him an opportunity to win the backup job with plenty of playing time tonight, but they can't be happy with what they saw from him in this game.

The Chargers' second-team defense struggled to get off of the field in the second half. Quarterback Taysom Hill consistently took advantage of holes in their coverage as well as lapses in their outside contain. Those lapses led to two methodical touchdown drives by the Saints.

New Orleans: Taysom Hill and the Saints' offense did enough in the second half to come out with a win. It certainly wasn't pretty, but Hill's ability to move the ball through the air and on the ground was the Saints' key to victory.

Los Angeles: The Chargers' inability to pass the ball cost them the game tonight. It's tough to win in the NFL when you fail to reach 100 passing yards.