The New Orleans Saints defeated the Jacksonville Jaguars on Thursday night, 24-20 opening the first full week of preseason action in the NFL.

All you need to know from Jaguars-Saints last night. pic.twitter.com/DlnFEkEgcC 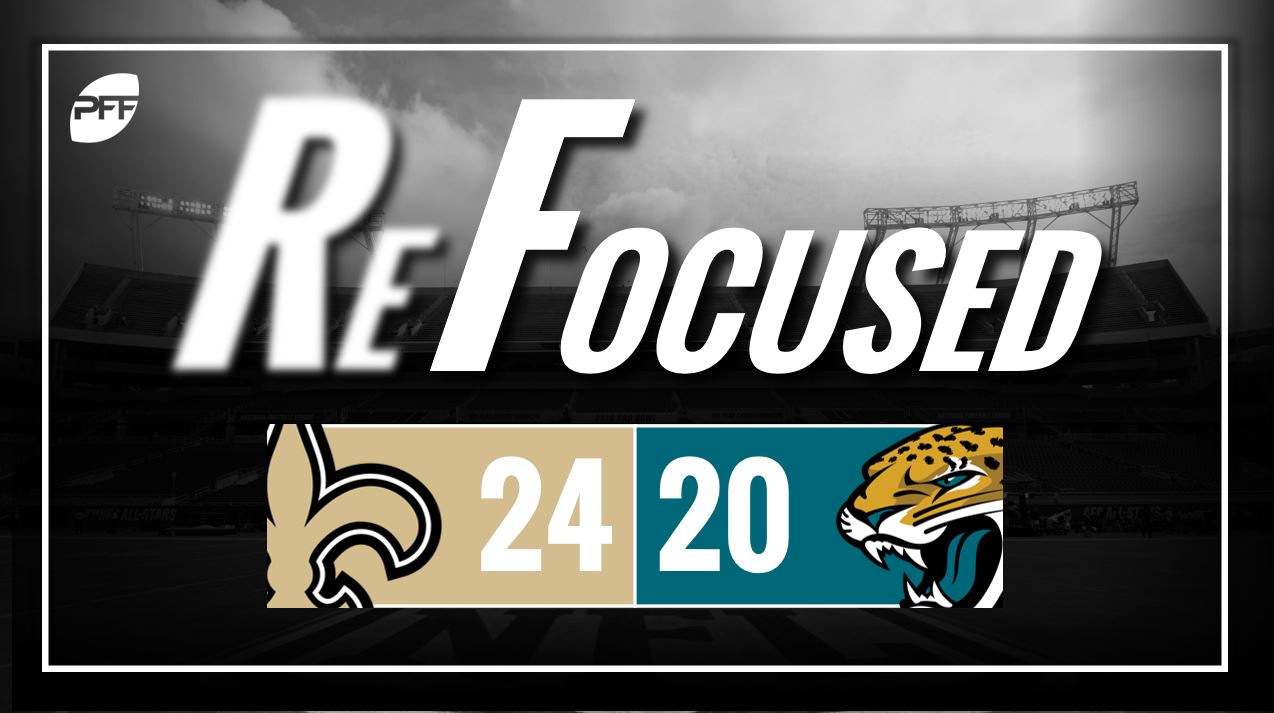 Alvin Kamara was uncharacteristically quiet in his return to action. He failed to break off any long runs, and he dropped a screen pass that, although admittedly low, could have broken into a big gain. His pass protection did shine however, with one backside pickup particularly impressive.

The Saints might have the best pair of tackles in the league, or at least they almost certainly will in a couple years. Terron Armstead and Ryan Ramczyk are outstanding bookends, but they appeared to take it easy in their first game back. Each was culpable for missing blocks in the run game on a couple of occasions, and the pair were hardly flawless in pass protection.

Jayrone Elliott sure had a nose for the football in this game. Most of his production came in the fourth quarter, he had two separate strip sacks, beating Jaguars OT Brandon Smith twice on outside speed rushes in time to reach out and knock the ball away from Tanner Lee. His second strip was especially impressive, using his speed to just blow by Smith en route to the quarterback.

Leonard Fournette only got a handful of rushing opportunities – all coming on Jacksonville's opening drive – but he looked as good as advertised with the ball in his hands. His short field burst and power propelled him through a couple of Saints defenders on the opening drive. He was able to turn on the jets to get to the edge and pick up six yards on a play that started with him and Blake Bortles running into each other in the backfield.

It was exciting seeing all the different ways the Jaguars looked to get Dede Westbrook the ball early on. His first target of the game came on Jacksonville's fourth play, where they sent him on a go route down the sideline. Westbrook was able to get some slight separation from his defender and Bortles hit him with a catchable ball, the second-year receiver just wasn't able to bring it down. Later in the drive, they hit Westbrook on a quick screen off an RPO that he turned into 12 yards and a Jaguars first down. Then, they went back to him on maybe the most crucial play of the drive, a 3rd & 10 in the red zone where he was able to create some separation against Marshon Lattimore on a crossing route before going to the ground to dig out the pass.

Myles Jack is turning into a game-changing linebacker. His speed and athleticism in coverage is frightening at times, and he nearly capped his lone series with an interception. Targeting an out-route on his first offensive drive, New Orleans’ backup quarterback Tom Savage threw a little late toward the sideline. Jack’s break on the ball is too good for such a mistake, and he was fortunate the Jaguar couldn’t hold on as he hurtled towards the sideline.

Jalen Ramsey was less effective among the Jaguars’ starters. His physical style came back to bite him on one early snap, as he got a little high with his trademark jam technique, rising into Michael Thomas’ facemask resulting in a penalty. Ramsey was also beat on a short breaking route, proceeding to lose a couple extra yards through contact. His complaints of a push-off fell on deaf ears.

Jacksonville: The main positive for Jacksonville is the success of their starting offensive unit to open the season. Bortles’ performance on his only driving was the major positive. A strong season from their signal-caller could convert the Jags from contenders to favorites. If Jacksonville are to climb the mountain, they’ll need their offense to balance out a potentially All-Star defense.

New Orleans: The Saints defense struggled early to keep Jacksonville off the board but they were able to clamp down towards the end of the third quarter. Jacksonville's third-string offense really struggled to move the ball against New Orleans' defense late, finishing their final three drives with a punt, fumble and then turnover on downs.