Beyond providing data for all 32 NFL teams, PFF also supports network broadcasters with game-preview packets that are used to enhance the in-game experience for fans and viewers. This Eagles-Jaguars preview features the same information our broadcast partners use for team research and in-game production.

Through the first seven weeks of the season, tight end Zach Ertz has been the Eagles' favorite target. He's been targeted 76 times so far, which is 19 more than the next closest tight end. Ertz is coming off his highest graded game of the year in Week 7, where he saw 10 targets and earned a 91.2 receiving grade. 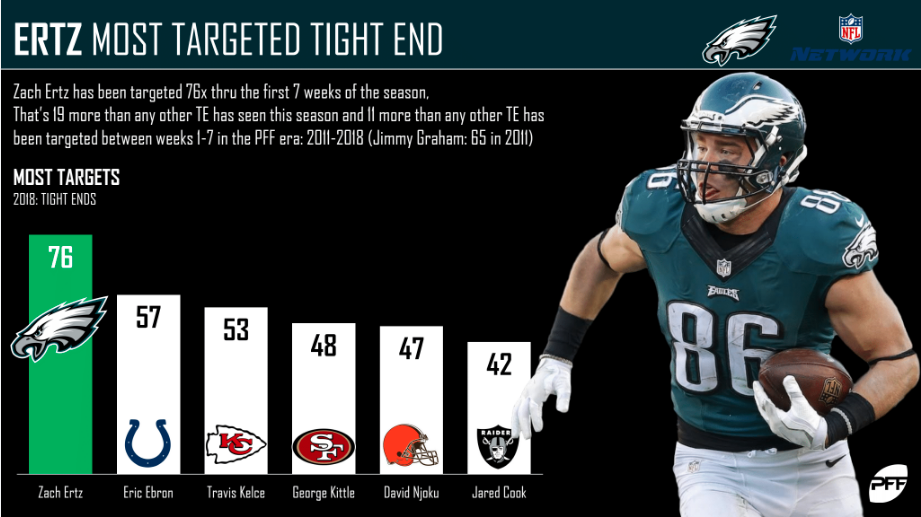 Wentz in late and close situations

Carson Wentz has struggled to finish games this season. He ranks third in overall grade (90.0) in the first three quarters, but that grade drops down to 50.8 in the fourth quarter when the Eagles are within seven points. 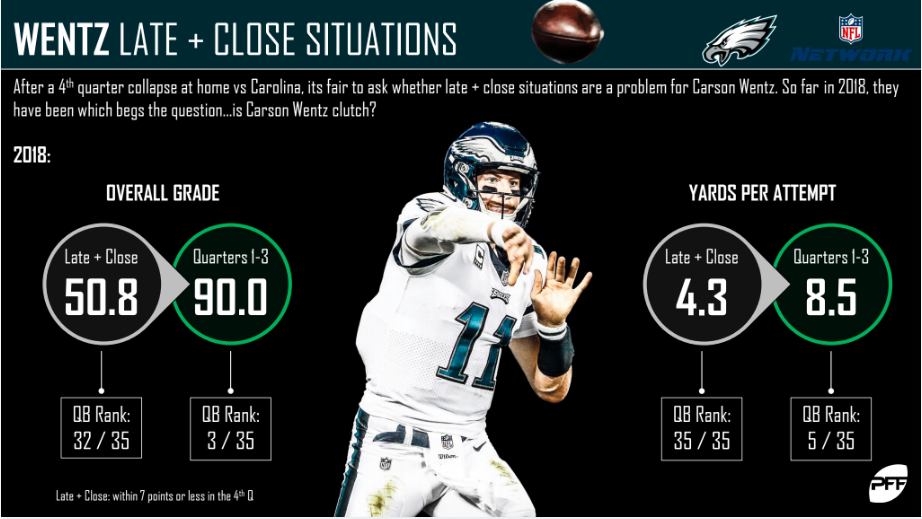 Defense struggles against hurry up

The Eagles defense has allowed 509 passing yards from hurry-up offenses this year, the most among defenses. The Jags would be wise to use that to their advantage as they go up against the Eagles in London. 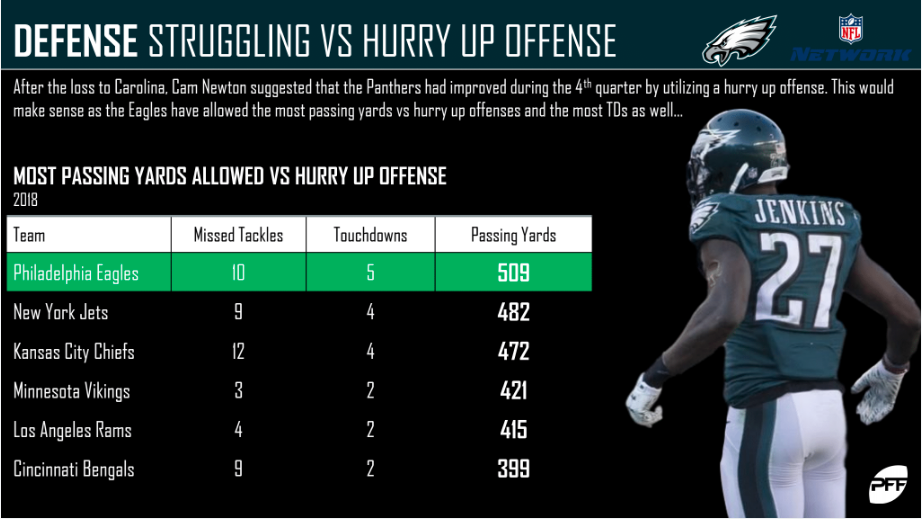 No need to blitz

Through seven weeks, the Eagles have been the league's number one pass-rushing unit, and they have not had to bring the blitz to do it. They will face off against PFF's 25th ranked pass-blocking team in the Jaguars. 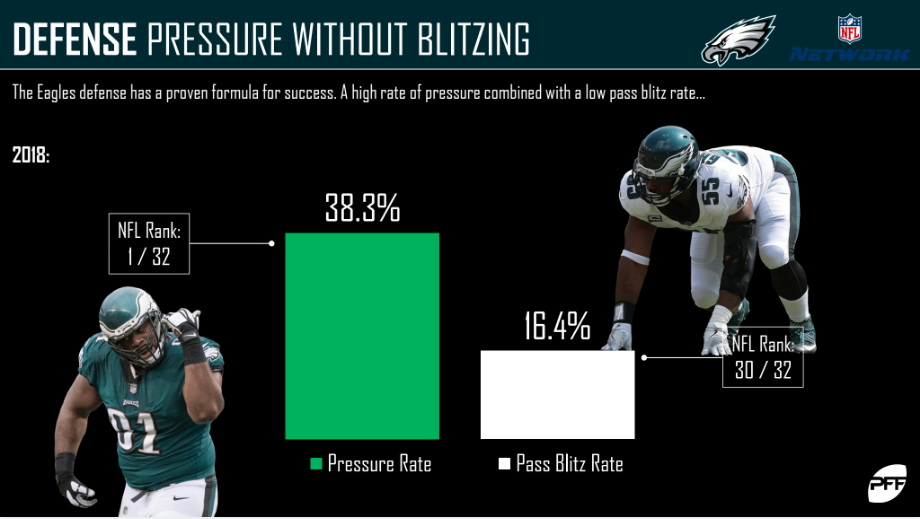 Yeldon succeeds on the outside

Getting running back T.J. Yeldon out on the perimeter on designed runs has proven more successful than running him between the tackles this season. He's averaging 1.3 more yards per carry on runs outside and has gained 130 yards on 26 carries. 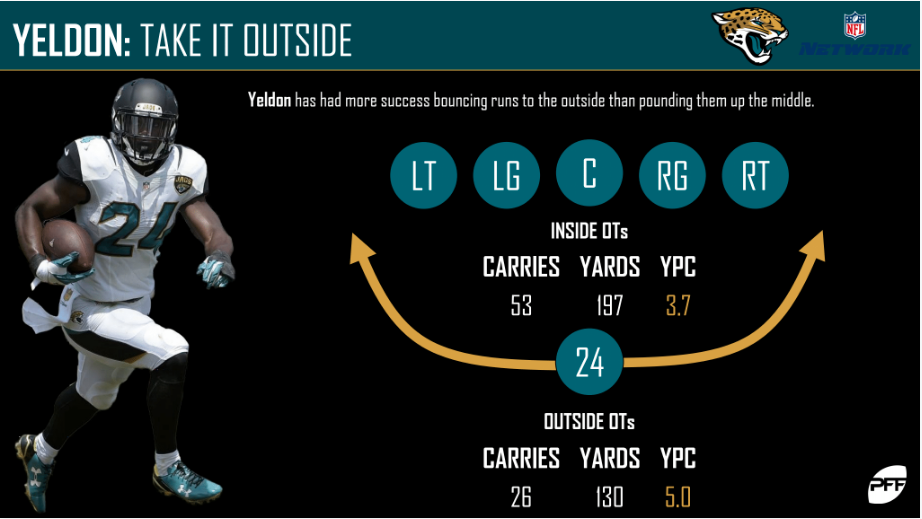 The Jaguars currently rank 29th in PFF's overall receiving grade and their 22 dropped passes is a big reason for that. They'll look to improve that on Sunday. 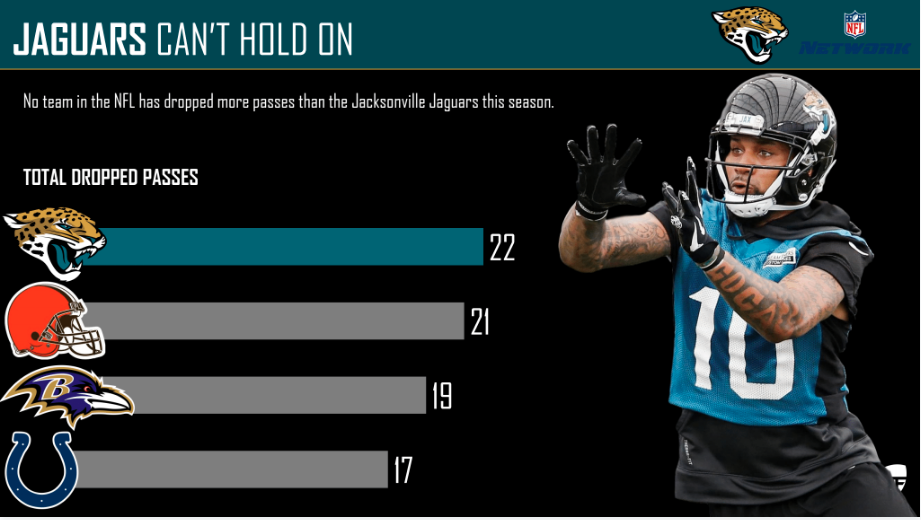 You can run but you can't hide

Edge defender Calais Campbell is currently the only player at his position with 20 or more run stops (23). He'll look to add to that total against the Eagles. 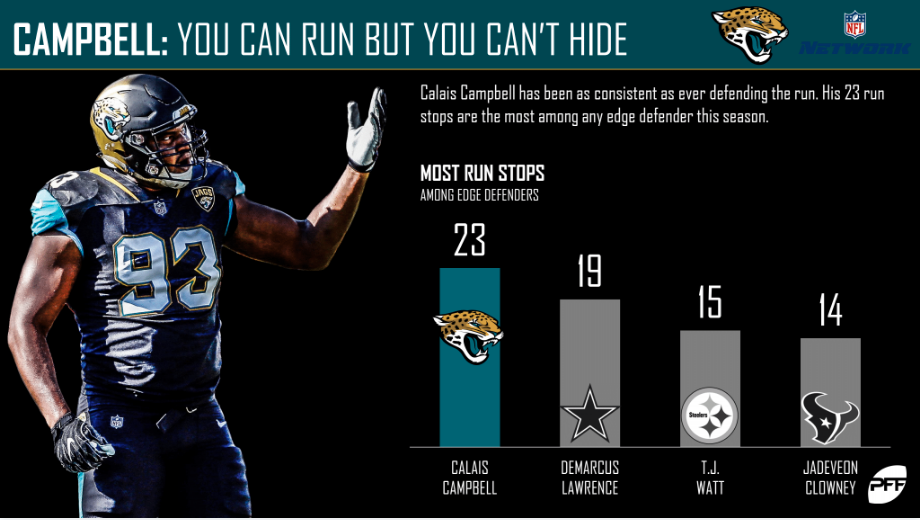 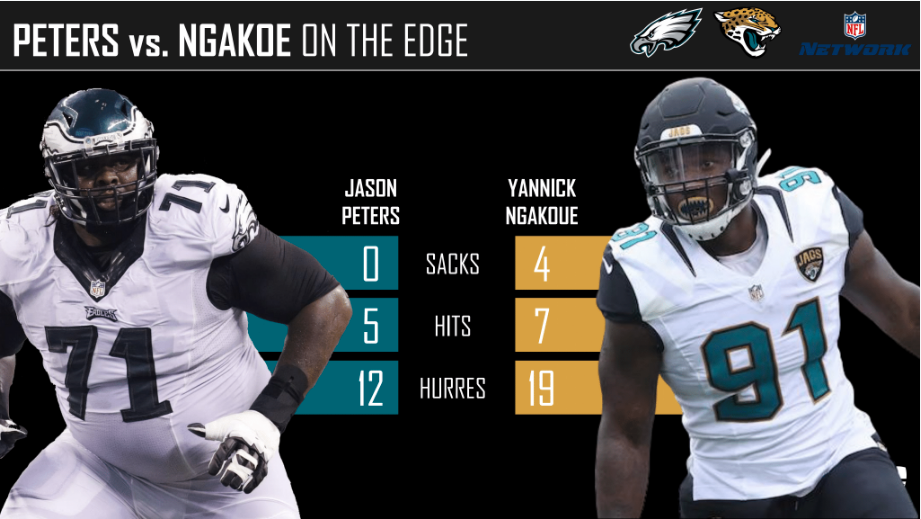 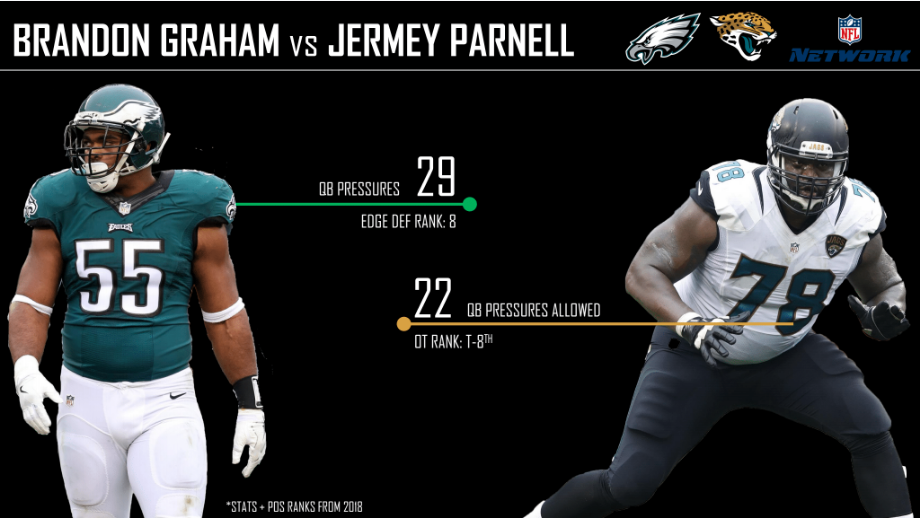