Beyond providing data for all 32 NFL teams, PFF also supports network broadcasters with game-preview packets that are used to enhance the in-game experience for fans and viewers. This Broncos-Cardinals preview features the same information our broadcast partners use for team research and in-game production.

Keenum off to a slow start

Case Keenum is off to a slow start with the Broncos and his performance on deep passes is a big area for improvement. Keenum’s deep pass attempt percentage is the fifth-highest in the league, despite having only a 57.4 passer rating on those throws. 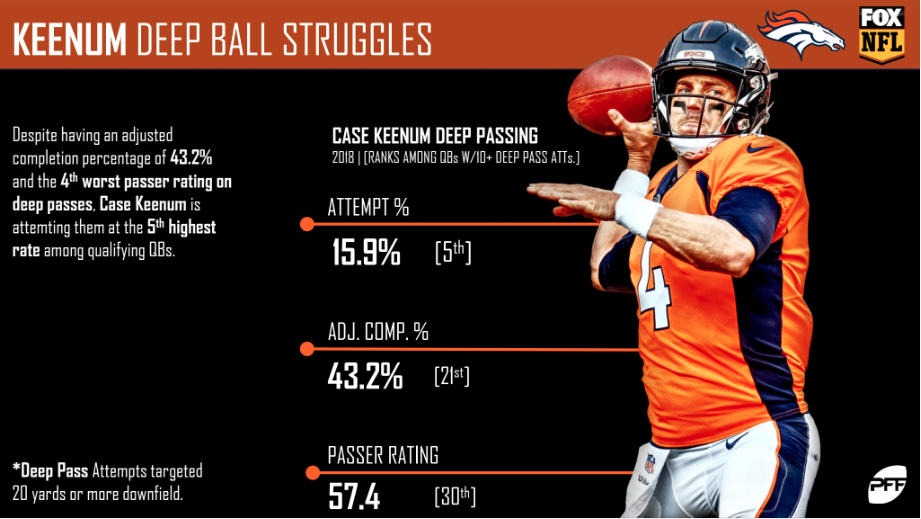 Wide receiver Demaryius Thomas is already halfway to his 2017 dropped passes total. Despite a 14.7% drop rate, Thomas will look to make Thursday night his third straight game without a dropped pass. 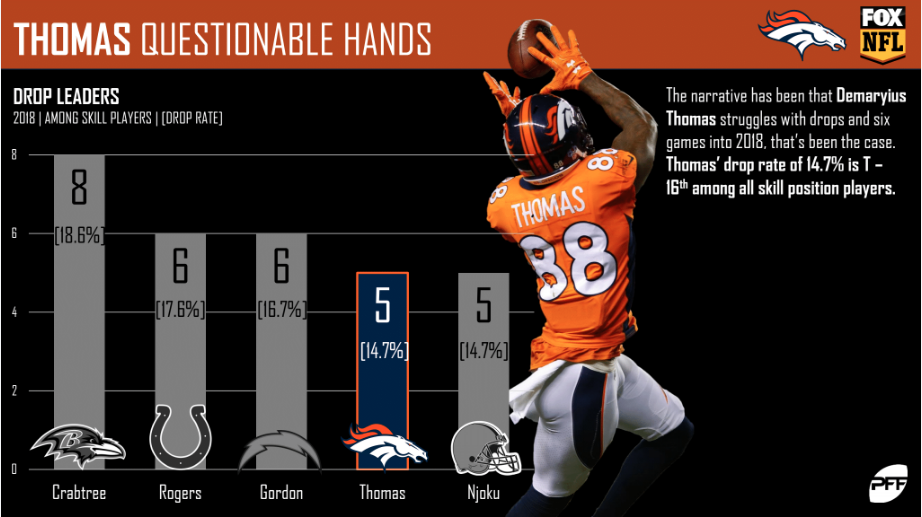 Through six weeks, rookie Bradley Chubb has made the impact the Broncos were hoping for. Chubb leads all rookie edge defenders in total pressures and defensive stops. His 9.5 pass-rush productivity rating is tied for 15th among all edge defenders in the league. 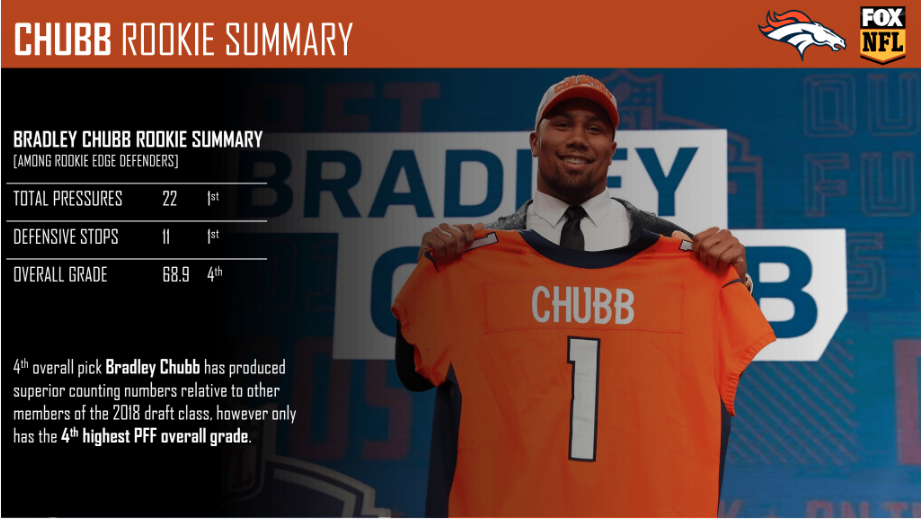 With Chris Harris Jr performing at his usual high-level, the Broncos are looking for fellow cornerback Bradley Roby to revert to his 2017 self. At his position, Roby’s 51.8 overall grade ranks 100/111 and his 358 passing-yards allowed are tied for fourth-most in the league. 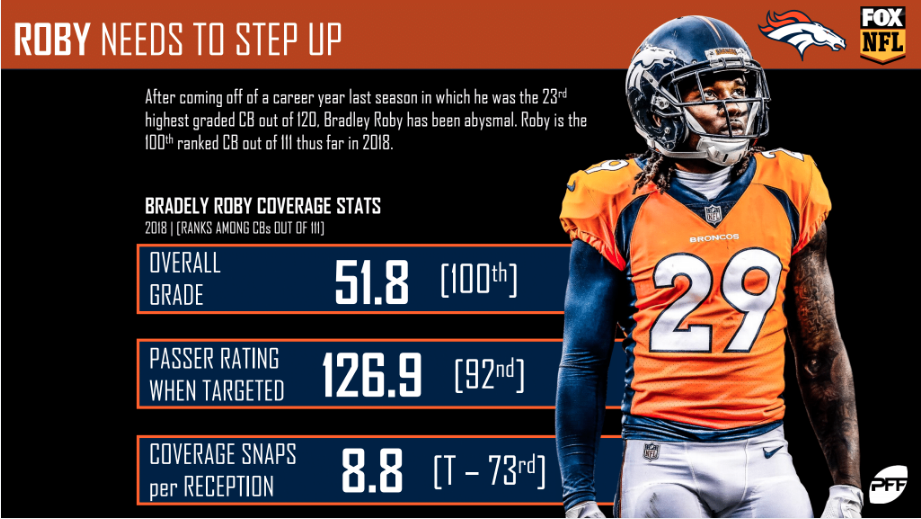 Josh Rosen is three starts into his career and still has a lot to prove. The rookie’s 66.8 passing grade ranks 25th in the league. Rosen will look to build on his deep passing success after finishing tied for second in accuracy percentage in Week 6. 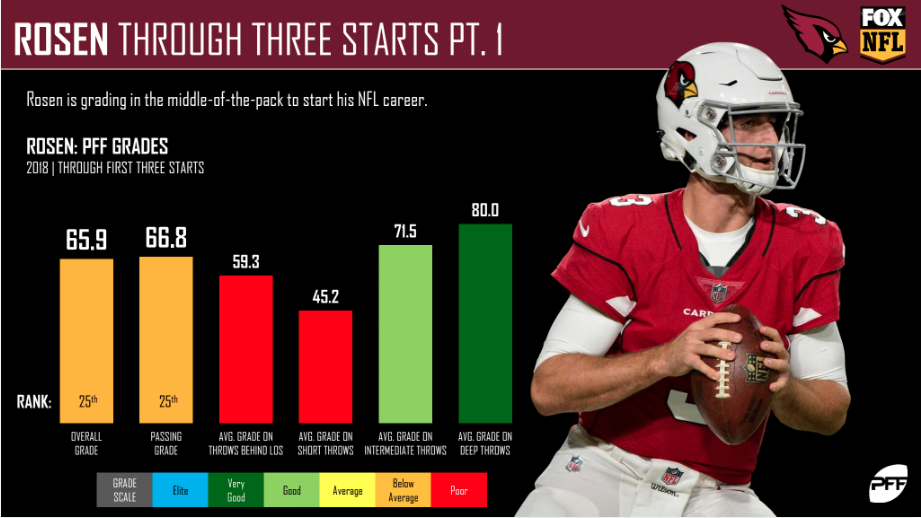 2018 David Johnson is not what we're used to. He has struggled to gain large chunks of yards, with only two rushing attempts of 15 yards or more. 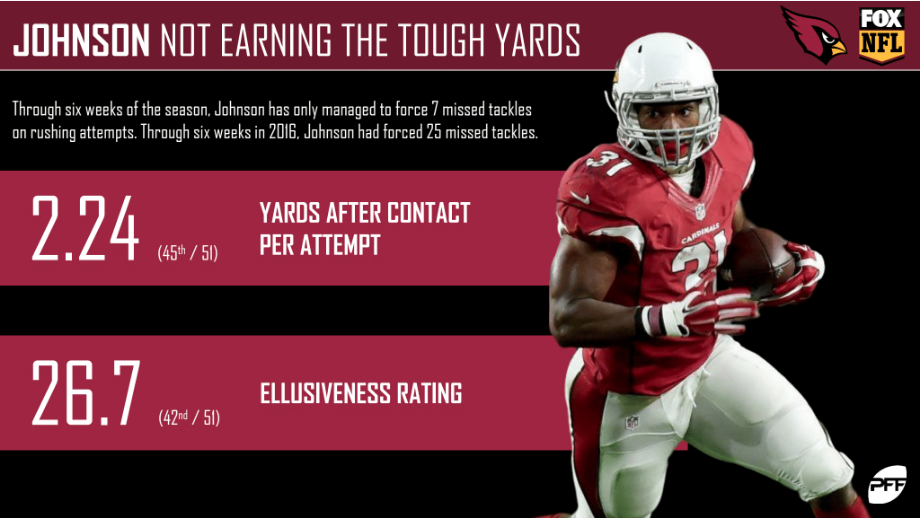 Chandler slow out of the blocks

Chandler Jones has had a slow start to the 2018 season, he'll look to get back on track against the Broncos offensive line. 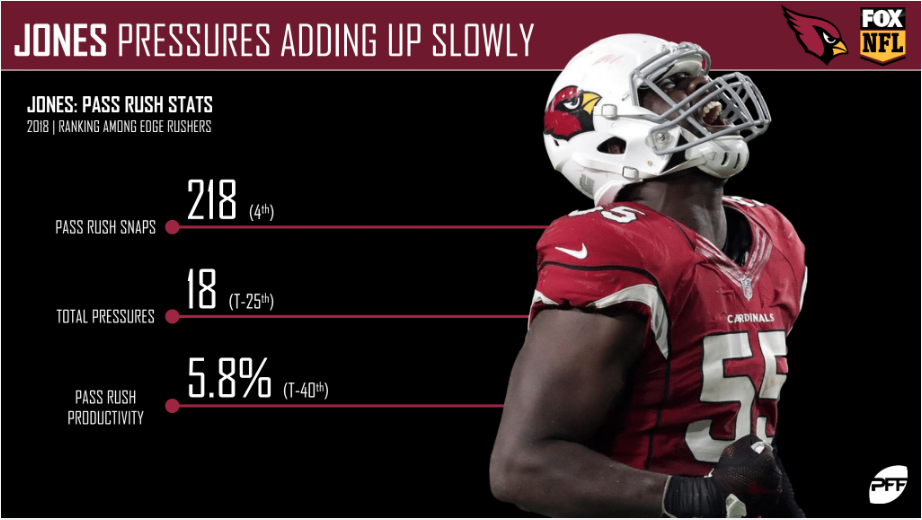 Budda Baker is proving to be an elite run-defender in the secondary, accumulating 17 total run-stops, easily leading all cornerbacks in the NFL through week 6. Baker has been a versatile defensive back this year, posting an 85.2 grade on run-defense while also generating five total pressures in the Cardinals blitz-happy scheme. 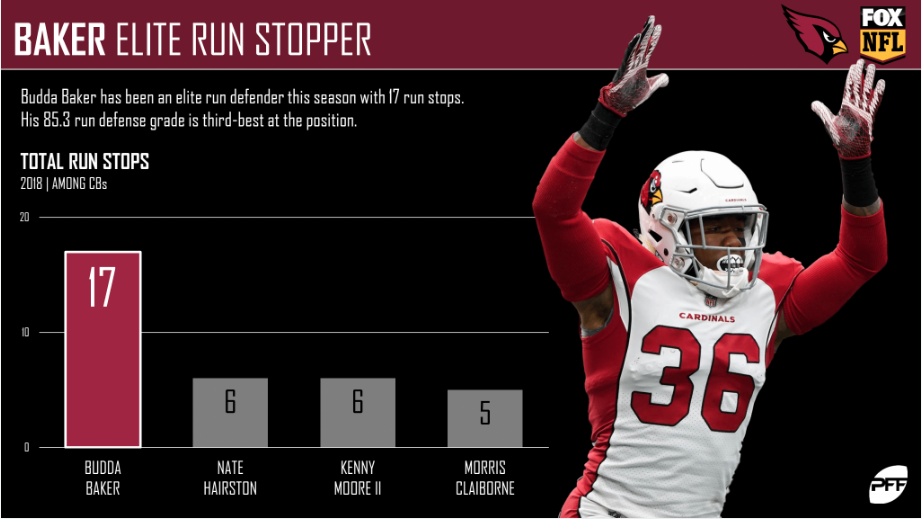 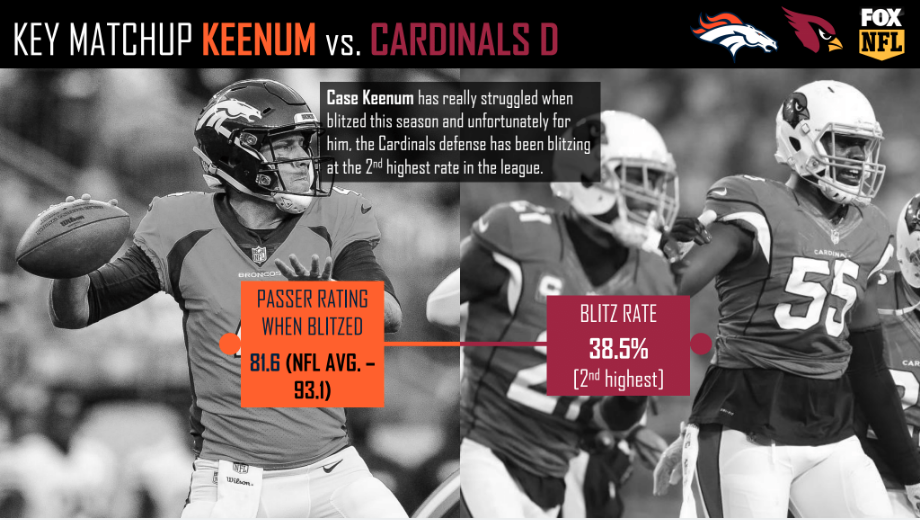 PFF Greenline has projections for the spread, moneyline and over/under of the Broncos' matchup with the Cardinals. Get its picks here.