Beyond providing data for all 32 NFL teams, PFF also supports network broadcasters with game-preview packets that are used to enhance the in-game experience for fans and viewers. This Panthers-Eagles preview features the same information our broadcast partners use for team research and in-game production.

Newton thriving from a clean pocket

Cam Newton has excelled when he’s had a clean pocket this season. He’s thrown nine touchdowns to just one interception, and he’s posted an adjusted completion percentage of 84.6% when he's been kept clean from pressure, which ranks fourth among quarterbacks this season. 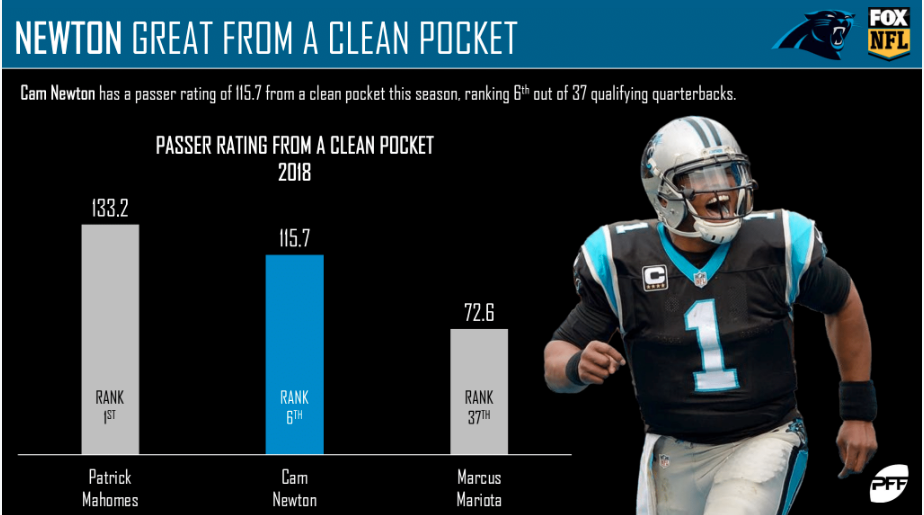 Christian McCaffrey has excelled as a receiver since coming into the NFL. This year, he’s generated a receiving grade of 78.9 which ranks fifth among running backs with at least 20 targets. He’s caught 14 passes for first downs, which ranks fourth, and his 1.52 yards per route run ranks 10th. 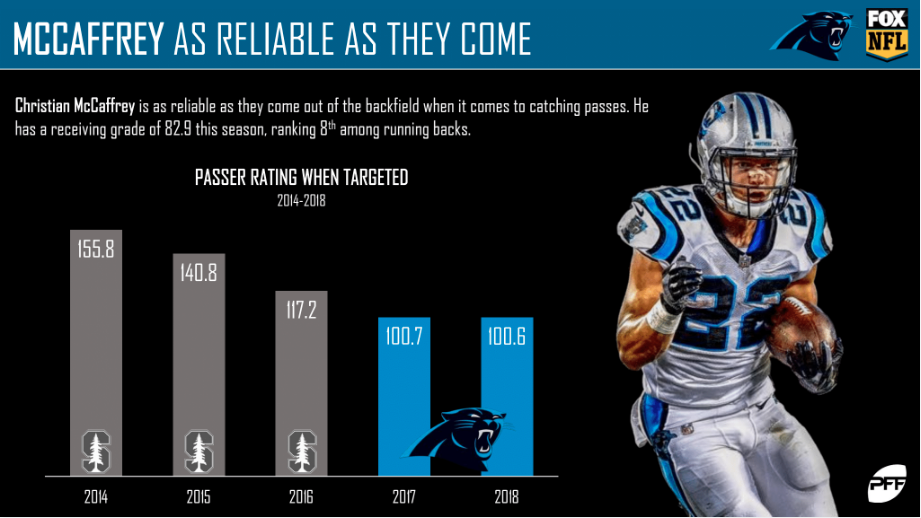 Nothing Short of spectacular

Kawann Short has been an anchor for the Carolina Panthers defense this season. Short has earned an overall grade of 86.0, which ranks eighth among interior defenders with at least 150 snaps. 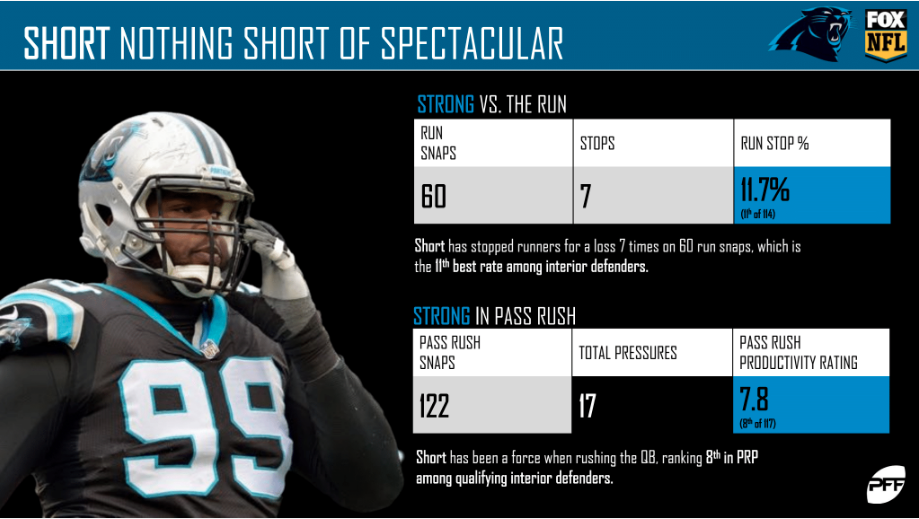 Kuechly: As good as it gets 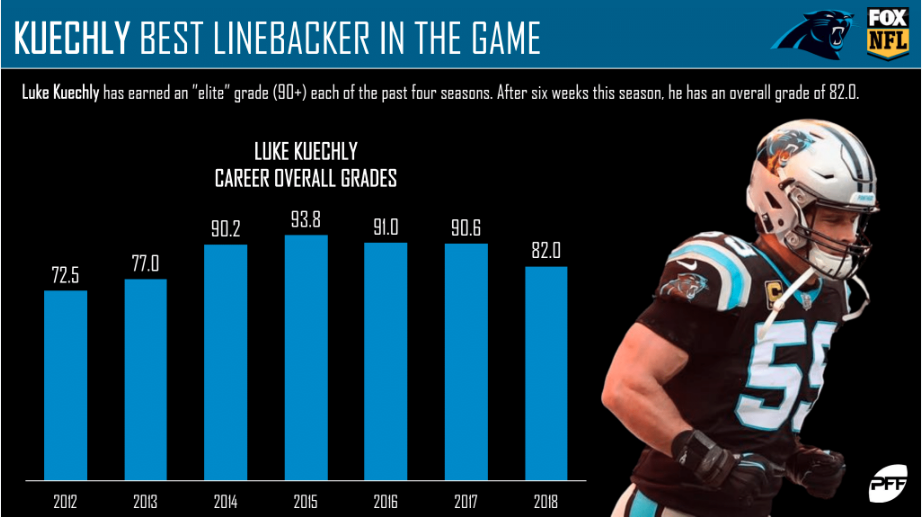 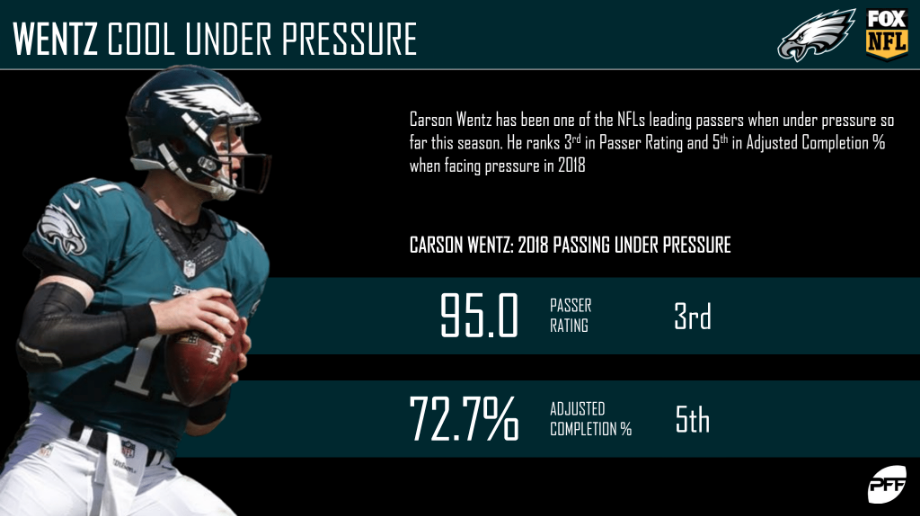 Johnson taking a step back

Lane Johnson has taken a step back in pass protection this year. Johnson’s 76.2 overall grade ranks 14th among qualifying tackles, but his pass-blocking grade of just 70.7 ranks 38th. Fortunately, Johnson has made up for his struggles in the passing game with strong performances in the run game, as his 78.0 run-blocking grade is fourth-best among tackles. 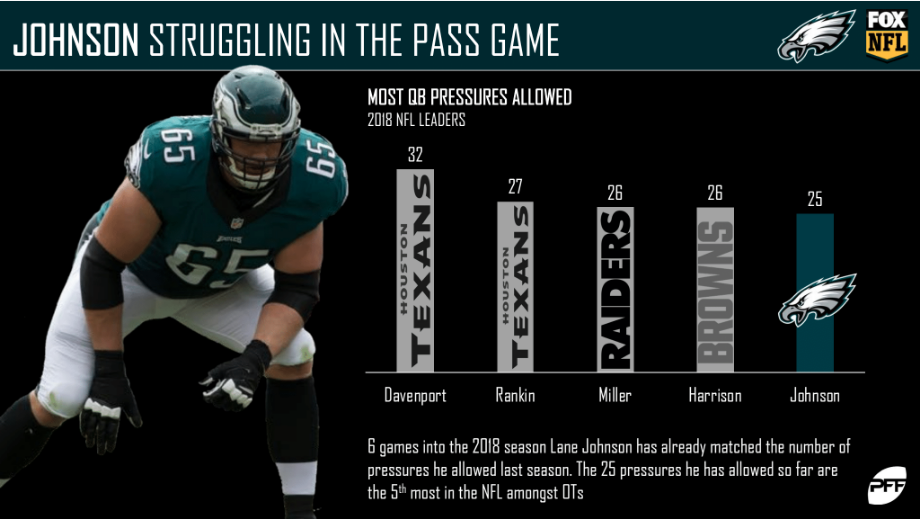 Jordan Hicks has bounced back well from his Achilles injury to lead the Eagles in defensive stops through six weeks. He also leads the team in total tackles with 33, and his eight assisted tackles are tied for the most on the team. 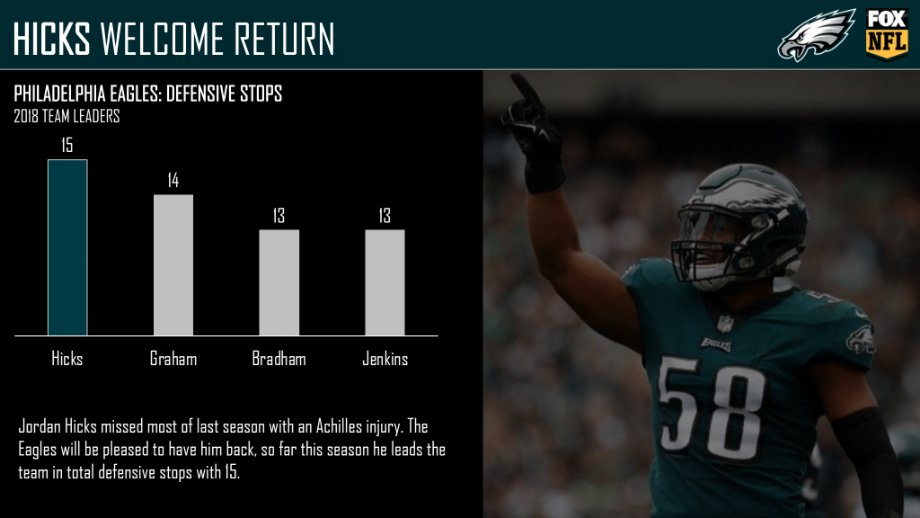 Sidney Jones has done his best to fill the void vacated by Patrick Robinson this offseason, but the early returns have been less than ideal. Jones is allowing a reception every nine snaps he is on the field, while his overall grade of 54.4 ranks 89th among cornerbacks with at least 100 snaps. 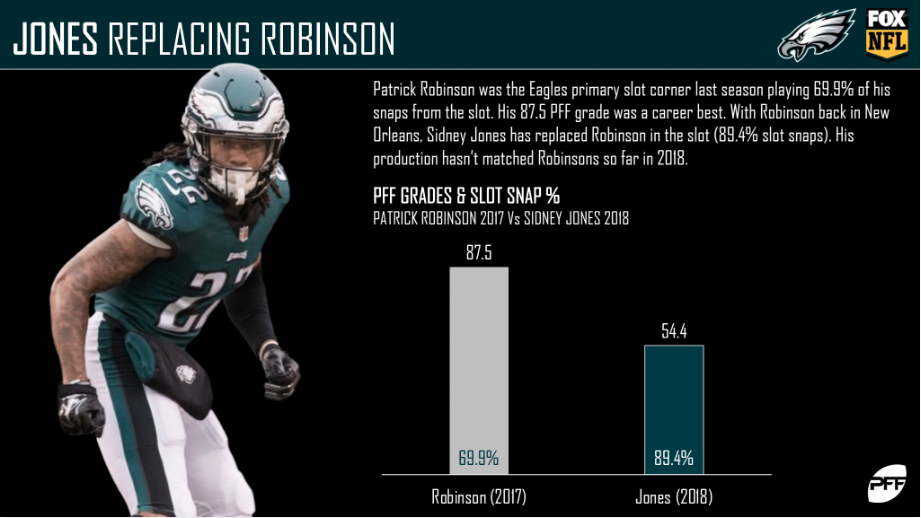