Beyond providing data for all 32 NFL teams, PFF also supports network broadcasters with game-preview packets that are used to enhance the in-game experience for fans and viewers. This Browns-Raiders preview features the same information our broadcast partners use for team research and in-game production.

BAKER ON THE RISE

It's Baker time. Last week, Baker Mayfield finished as the eighth-highest graded quarterback with an overall grade of 84.3. His 90.9 adjusted completion percentage ranked second, while his 89.0 passer rating under pressure ranked eighth. Don’t be surprised if Mayfield continues to impress against an unimpressive Oakland defense. 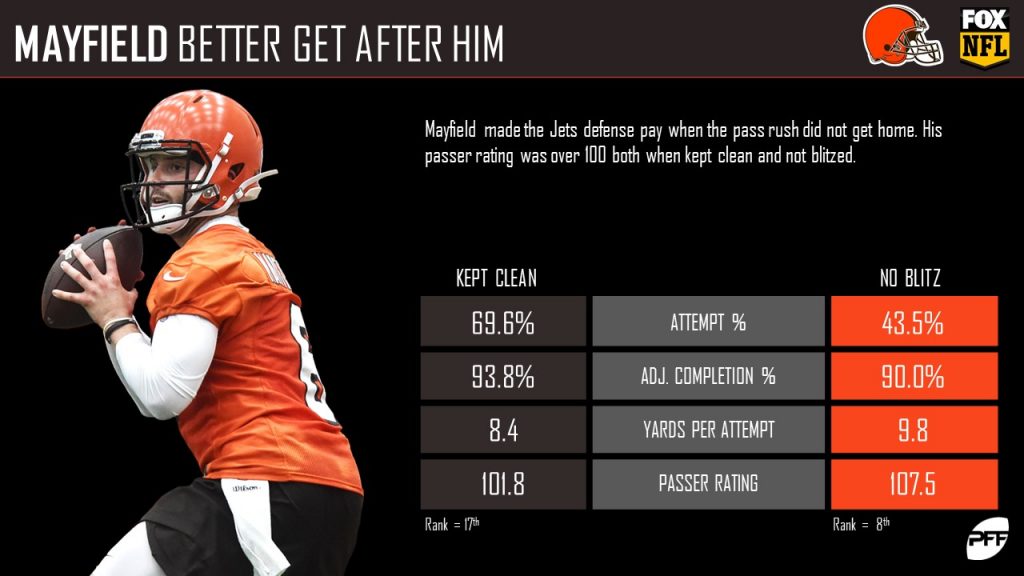 Undrafted free agent Desmond Harrison has one of the toughest tasks on the Browns – replacing Joe Thomas. While Harrison has been solid in stretches, he’s had his struggles. He’s allowed 13 pressures in 140 pass-block snaps, seventh-most among all tackles this season. Thomas allowed only 12 in 331 pass-block snaps last season. 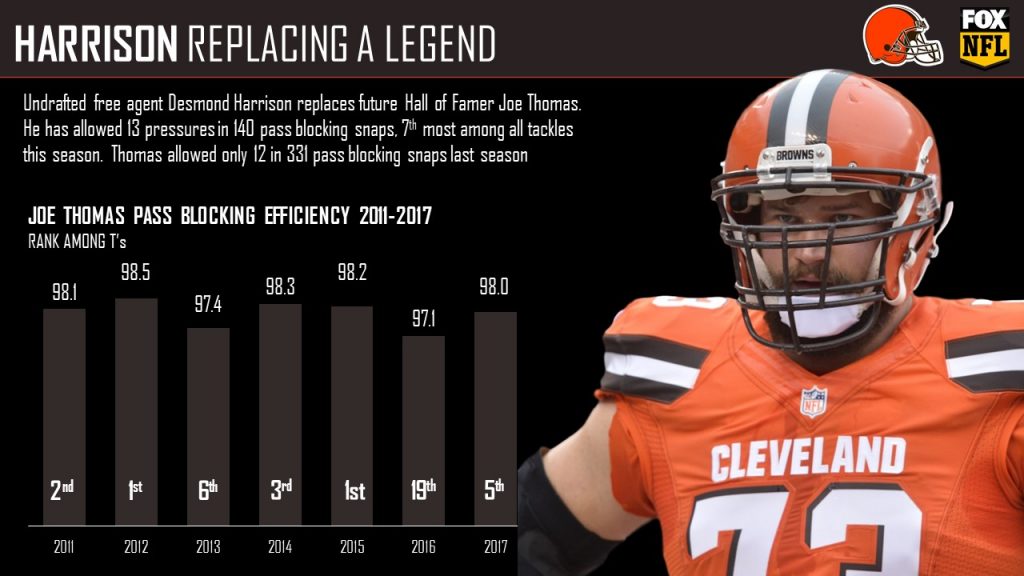 Joe Schobert has come on strong this year, ranking highly in multiple coverage metrics. Not only does Schobert currently rank sixth among linebackers with a coverage grade of 84.4, but he also boasts the sixth-lowest yards per cover snap at 0.34. 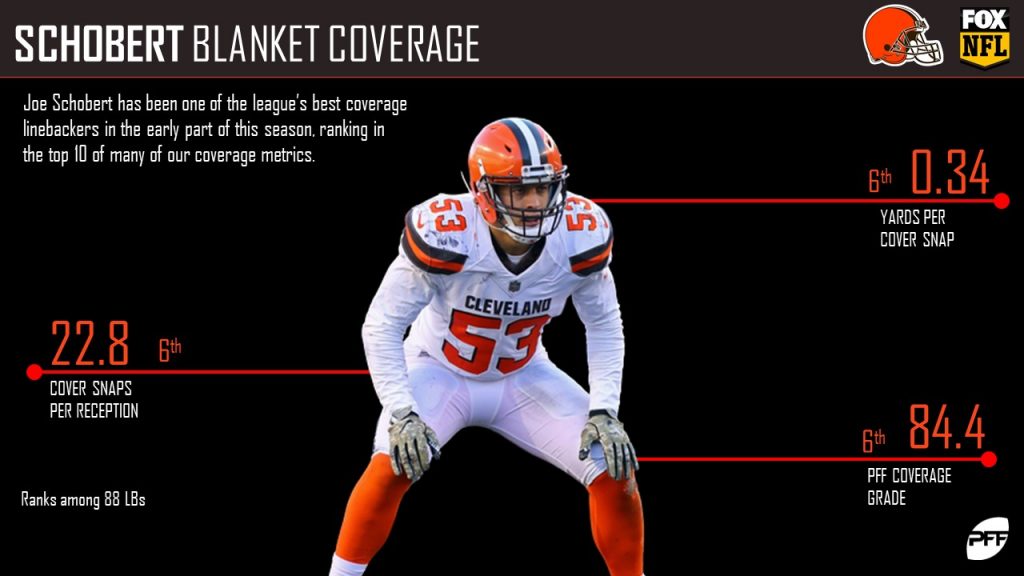 After having an impressive Week 1 (85.6 overall grade), Browns' Denzel Ward fell back down to Earth with an overall grade of 48.1. The fourth-overall pick bounced back last week, posting an elite overall grade of 90.9, the second-best game grade among cornerbacks. 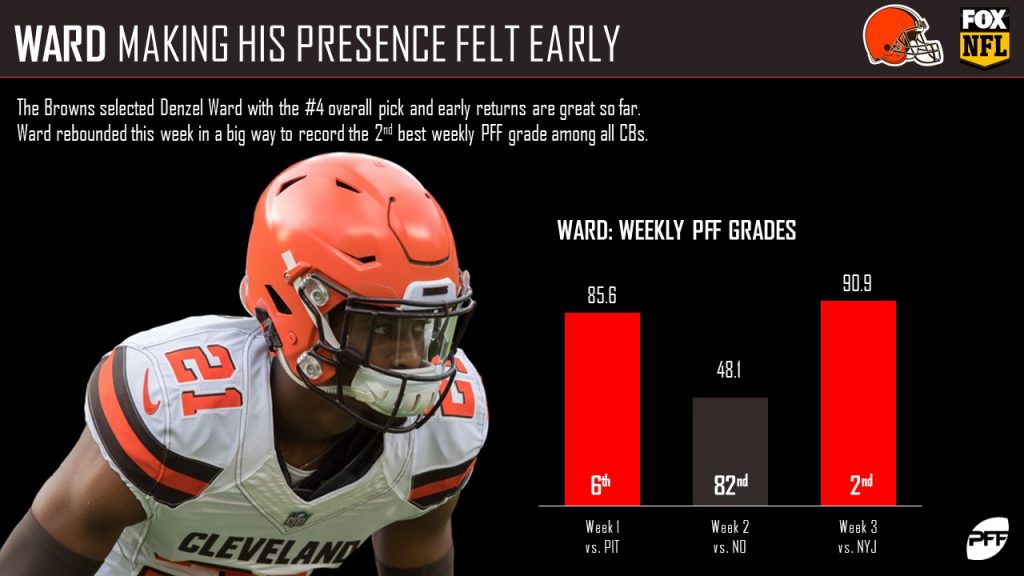 CARR STRUGGLING TO FINISH IN THE FOURTH QUARTER 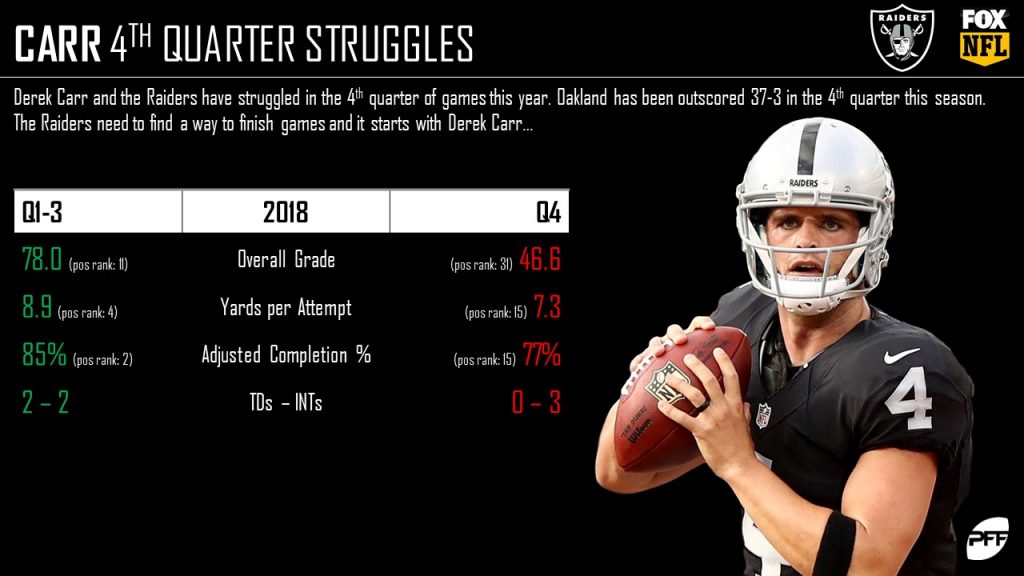 Raiders tight end Jared Cook has gotten off to a fantastic start to the season. Cook is one of only nine tight ends in 2018 with 10-plus receptions and zero drops. His 2.77 yards per route run is second to only O.J. Howard. 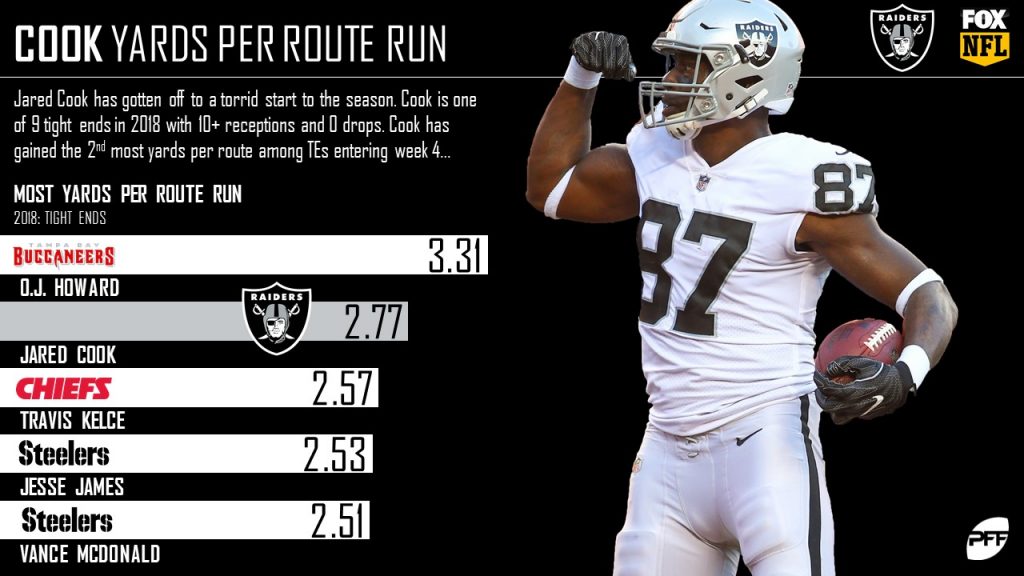 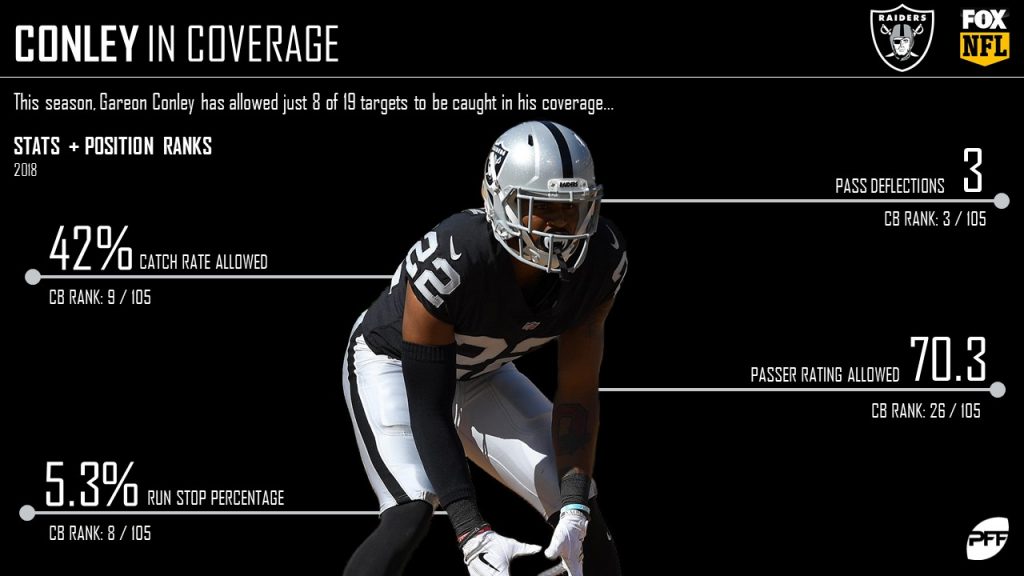 The significance of Khalil Mack‘s departure can't be overstated. Through three games, Oakland's edge defenders have combined to produce just 13 total quarterback pressures. Mack has already produced 20 by himself. 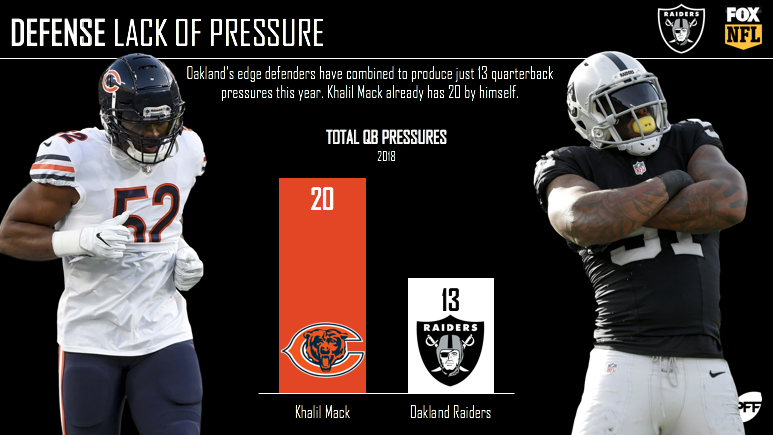 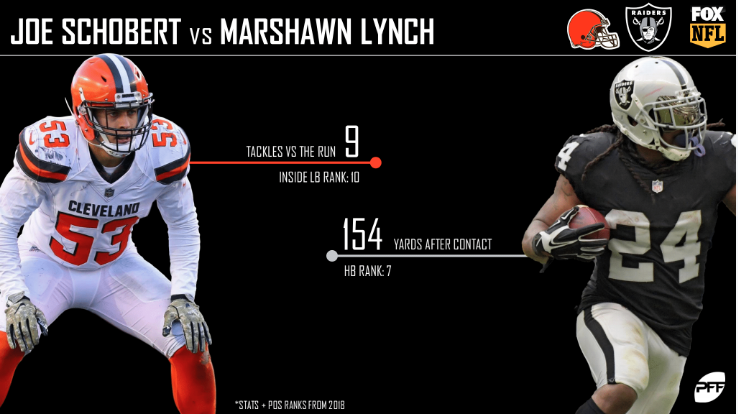 PFF Greenline has projections for the spread, moneyline and over/under of the Cleveland Browns' matchup with the Oakland Raiders. Get its picks here.