Beyond providing data for all 32 NFL teams, PFF also supports network broadcasters with game-preview packets that are used to enhance the in-game experience for fans and viewers. This Chiefs-Broncos preview features the same information our broadcast partners use for team research and in-game production.

Keenum struggling from a clean pocket

The Broncos offensive line has improved from last year, but that won't matter unless Case Keenum improves his performance from a clean pocket. Through three games, Keenum's 77.8 passer rating from a clean pocket is the third-lowest among the league's signal-callers. 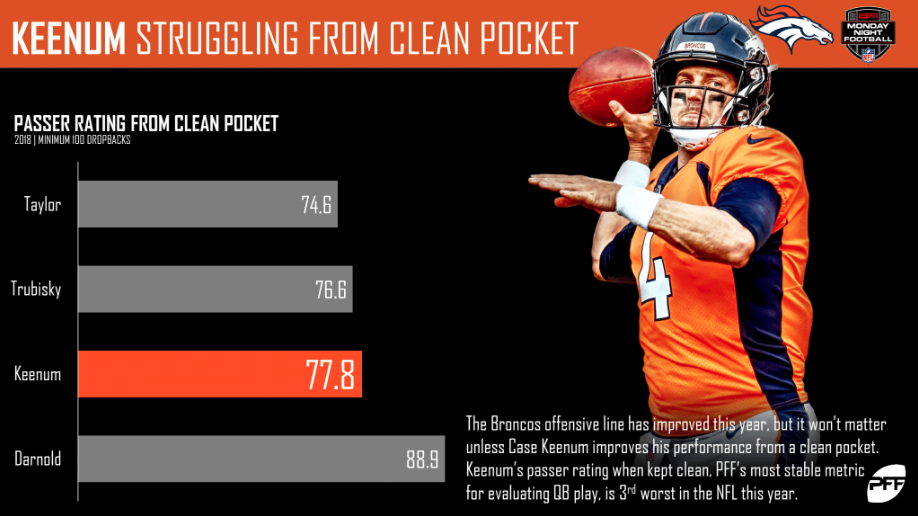 Lindsay on the loose

Running back Phillip Lindsay has been breaking tackles and picking up yards after contact with the best of them this season. He could very well be in for a big day against a Chiefs defense that has struggled to wrap up thus far. 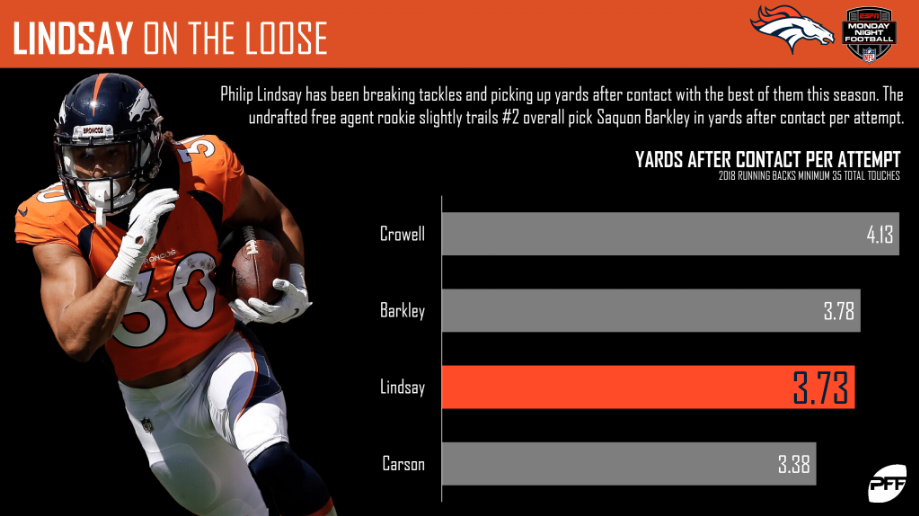 Chubb off to a strong start

Rookie edge defender Bradley Chubb has been mightily productive so far this season. Through three weeks, the fifth overall pick has produced pressure on 18.9 percent of his pass-rush snaps, the third-highest rate ever recorded by a rookie edge defender with at least 50 snaps in the first three weeks of a season. 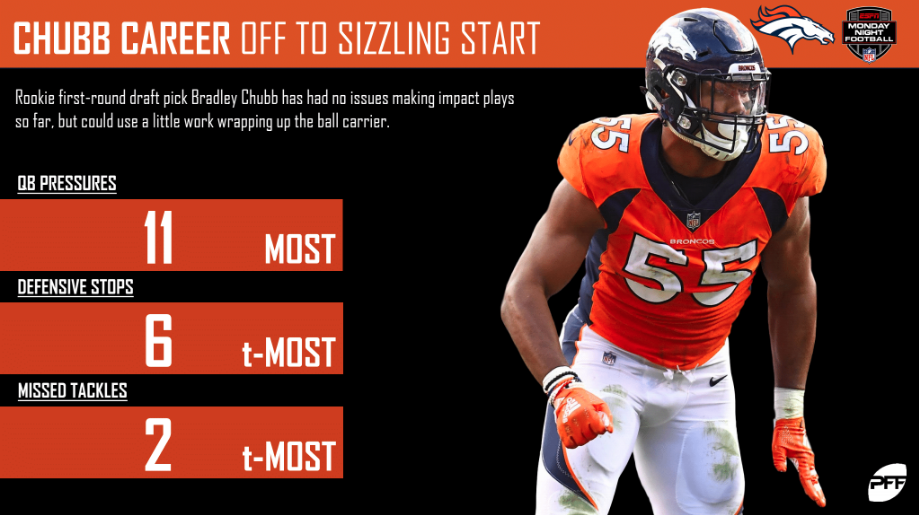 Arguably one of the best cornerbacks in the game, Chris Harris Jr has continued to shut down opposing receivers. He'll have his hands full on Monday night against Tyreek Hill and the Chiefs, so he'll have to be at his best. 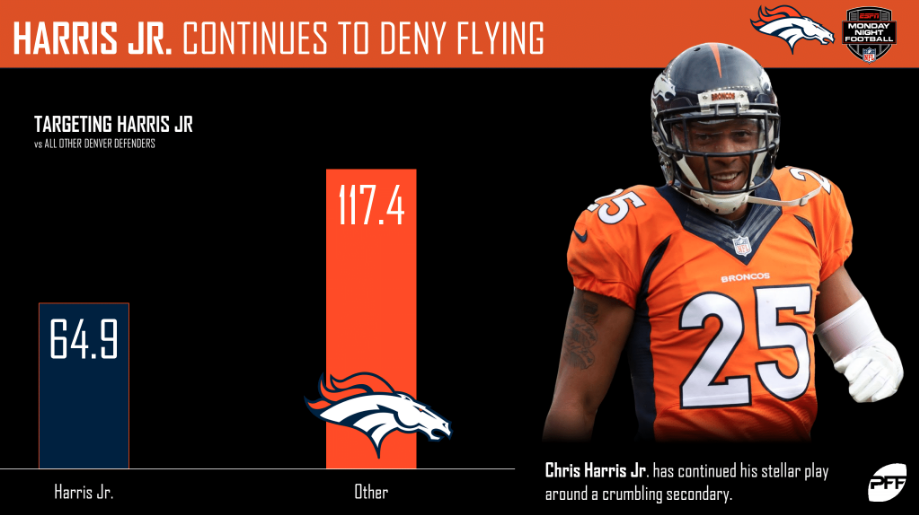 Second-year quarterback Patrick Mahomes has been one of the best deep passers in the league through three games. With the Broncos secondary struggling, Mahomes will no doubt have the opportunity to build upon his impressive start. 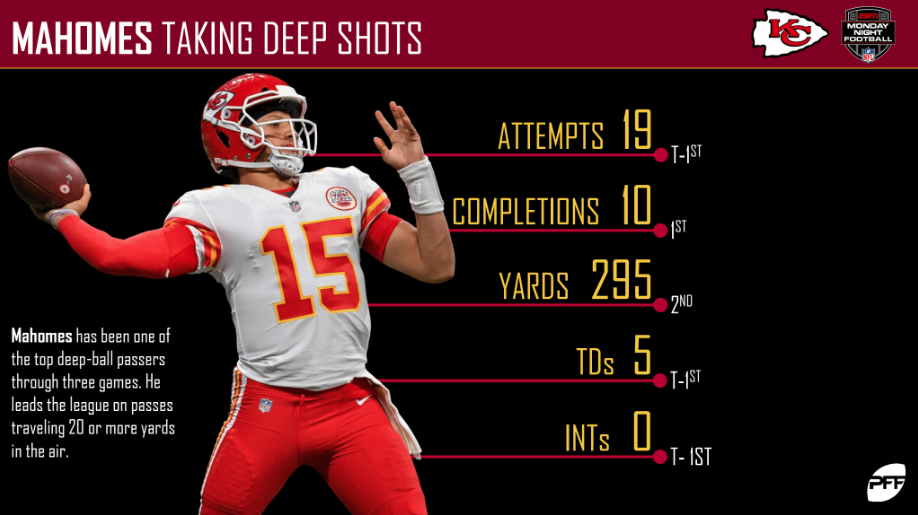 Kareem Hunt was a tackle-breaking machine in 2017 and ended the campaign with 61 forced missed tackles on his rushing attempts. Three weeks into his second year, he's not only on pace to equal his 2017 total – he's actually on pace to break it. 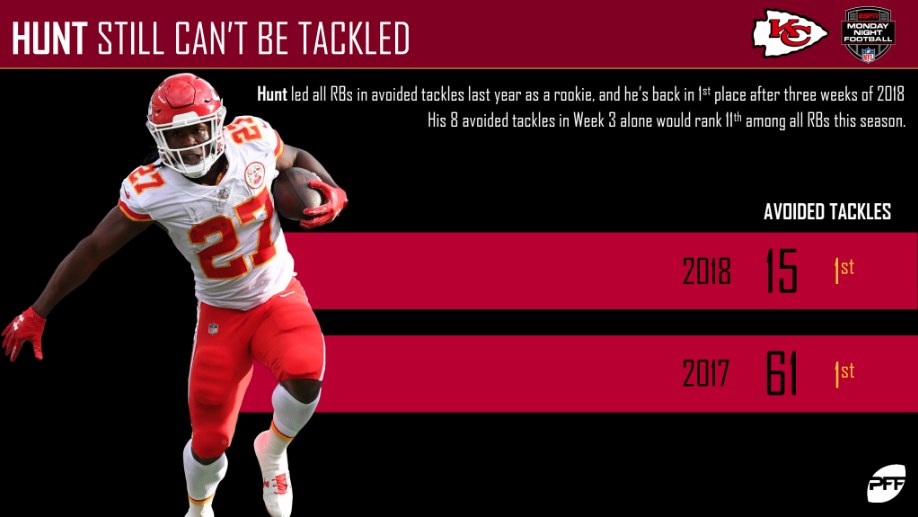 The defense needs to clean it up

The Chiefs' defense has been flagged 16 times through three games, the third-most among teams. Andy Reid and the coaching staff will no doubt be anxious to see if they can clean it up on Monday night. 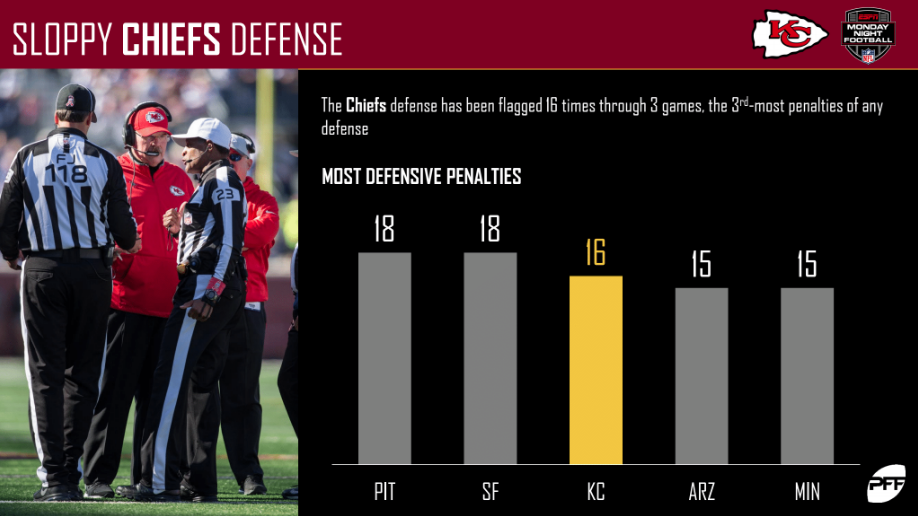 Chiefs' defense not wrapping up

The Chiefs defense has combined to miss 36 tackles so far this season, which is the most among NFL defenses. They simply have to improve on this if they want to stifle the Broncos offense. 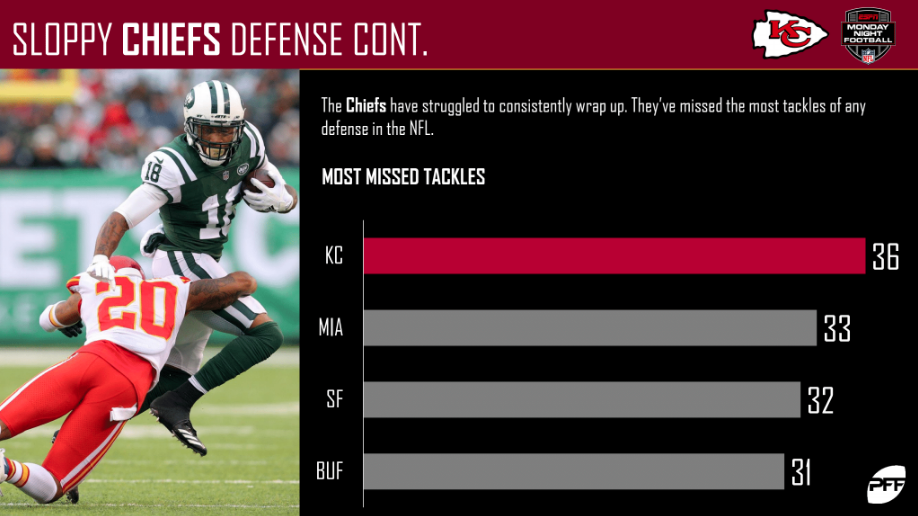 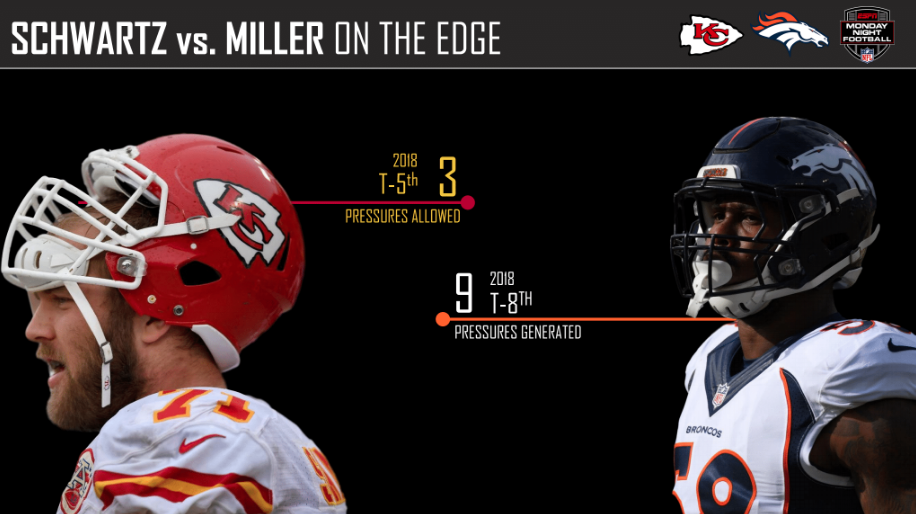 PFF Greenline has projections for the spread, moneyline and over/under of the Kansas City Chiefs' matchup with the Denver Broncos. Get its picks here.