Beyond providing data for all 32 NFL teams, PFF also supports network broadcasters with game-preview packets that are used to enhance the in-game experience for fans and viewers. This Dolphins-Patriots preview features the same information our broadcast partners use for team research and in-game production.

Quarterback Ryan Tannehill has looked much better under pressure this year than in years past, having earned a passer rating of 139.2 when pressured, second-best in the league. He'll look to keep his efficient start rolling this week against a Patriots defense that has struggled to put pressure on the quarterback. 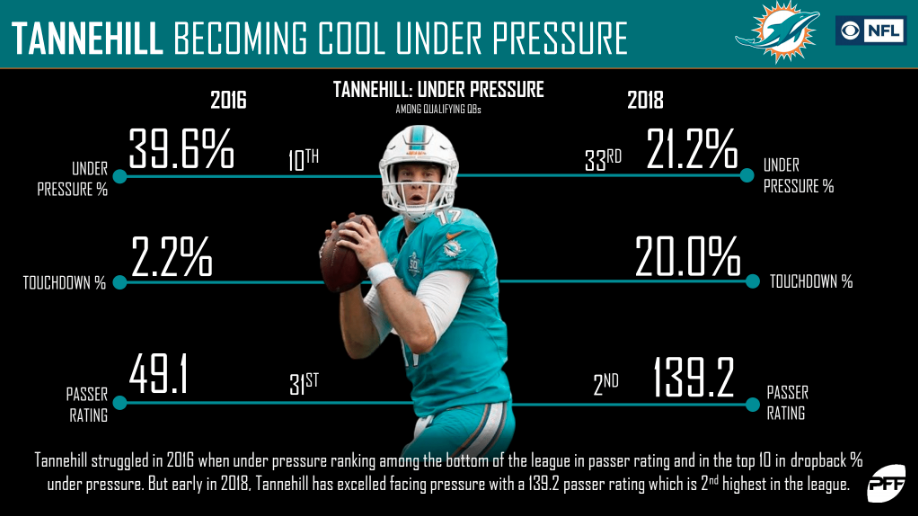 The efficient state of Florida

The Dolphins' receivers have been the primary playmakers in this offense thus far, combining to force six missed tackles through three games, fourth-most by a receiver group. They'll look to keep things going this week against a solid Patriots secondary. 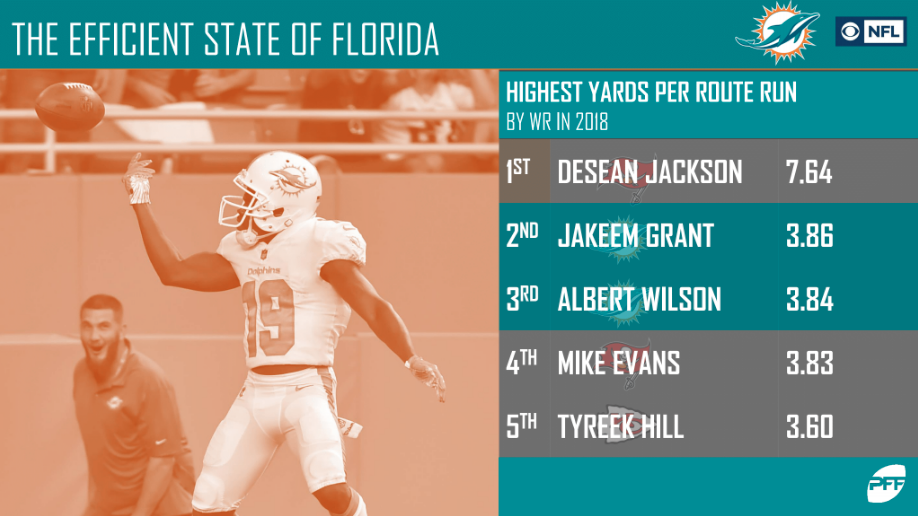 Howard locking them down

Dating back to Week 12 of last season, Xavien Howard has been one of the toughest cornerbacks to throw at in the league. Since then, he has allowed a passer rating of just 13.9 on throws into his coverage and has seven interceptions. 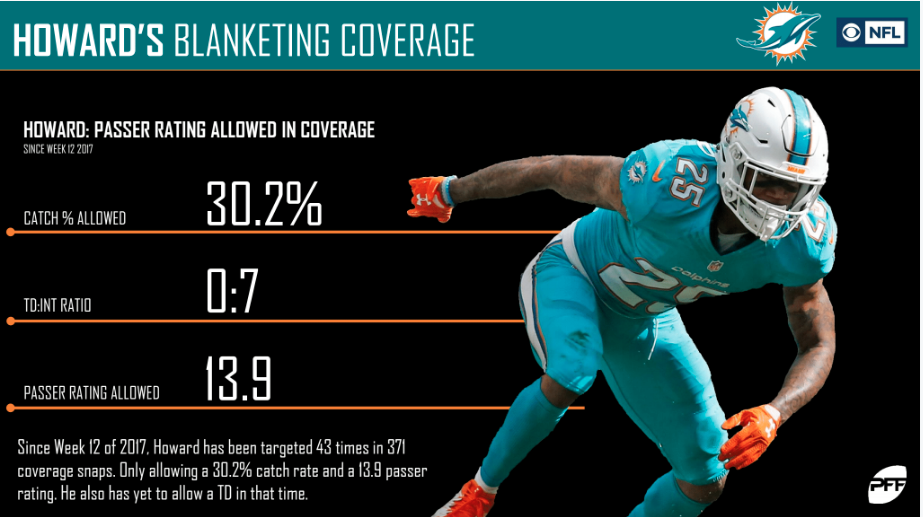 Minkah Fitzpatrick has been playing all over the field through three games this season. He filled in at safety for the injured Reshad Jones in Week 3, despite playing just 3.8% of his snaps at free saftey last season at Alabama. 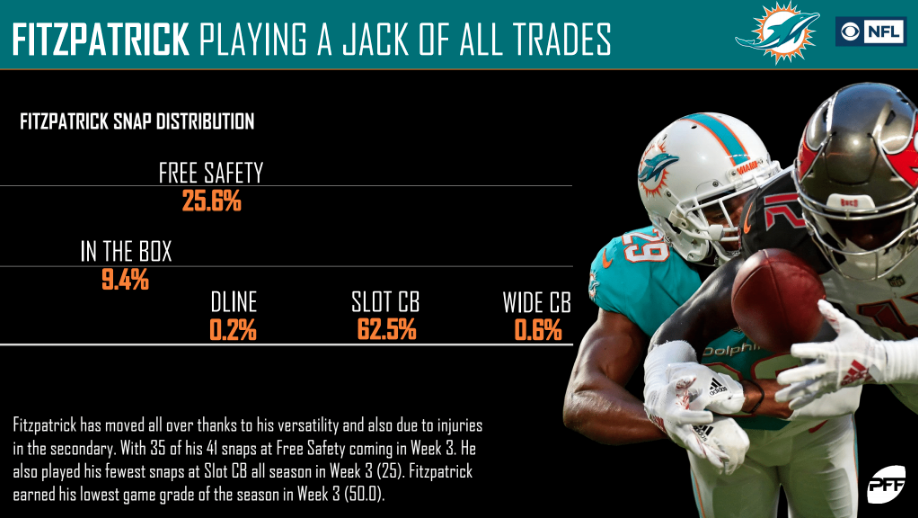 Brady's coming off a bad one

Quarterback Tom Brady is coming off his worst-graded game since 2014, so he will no doubt be raring to go against his divisional rivals. 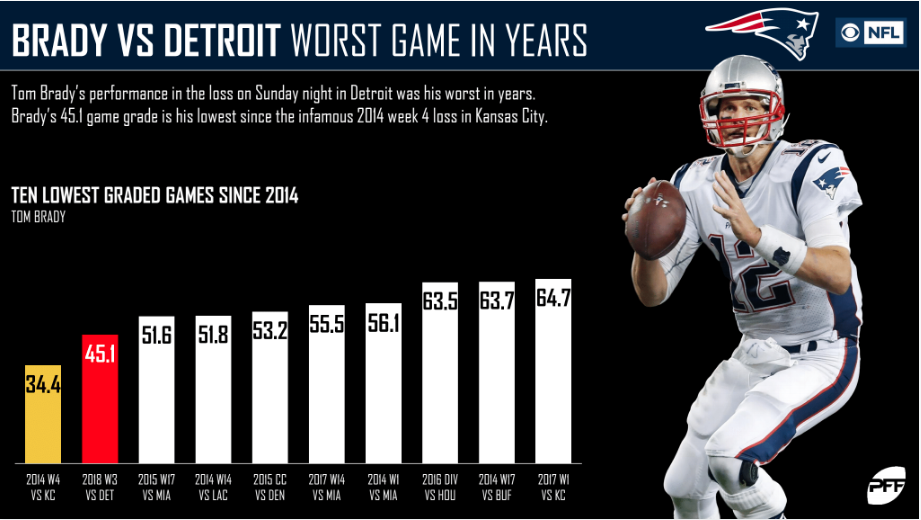 The Patriots' running game is struggling

The Patriots have struggled to get things going on the ground. Through three weeks, their running backs have collectively averaged just 2.12 yards after contact per attempt, which is the second-worst mark among offenses. 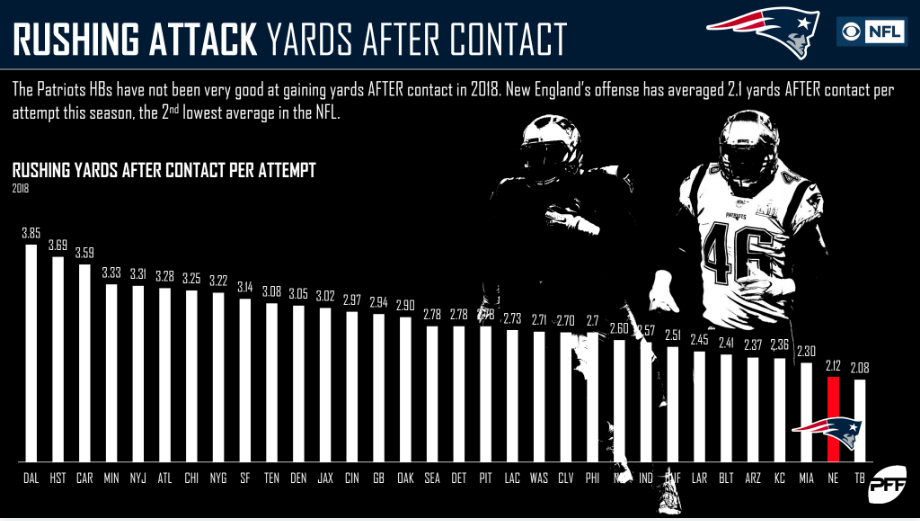 Despite the perception of the Patriots' pass defense, the cornerbacks have actually performed well. Through three games, New England's cornerbacks have the second-highest rate of forced incompletions in the NFL. 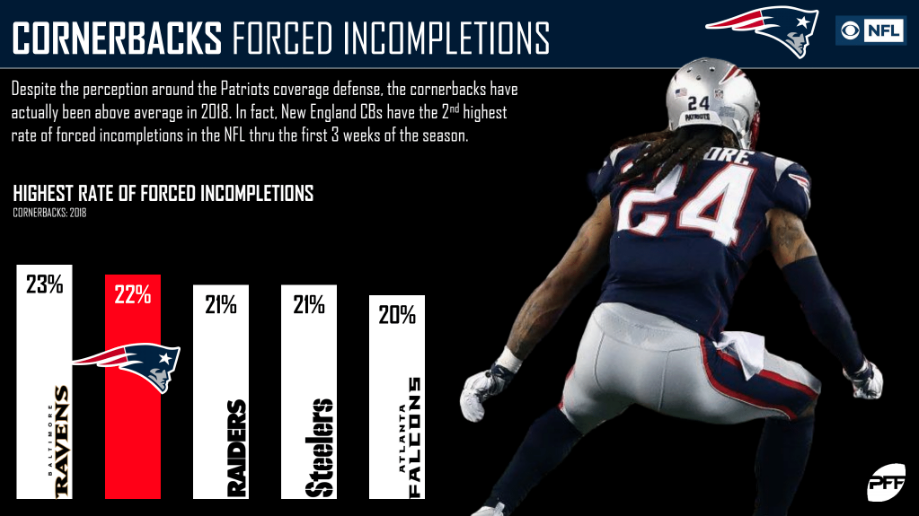 Trey Flowers is quickly developing into one of the league's premier interior defensive linemen. Through three weeks, his been mightily productive both in the pass-rush and against the run. 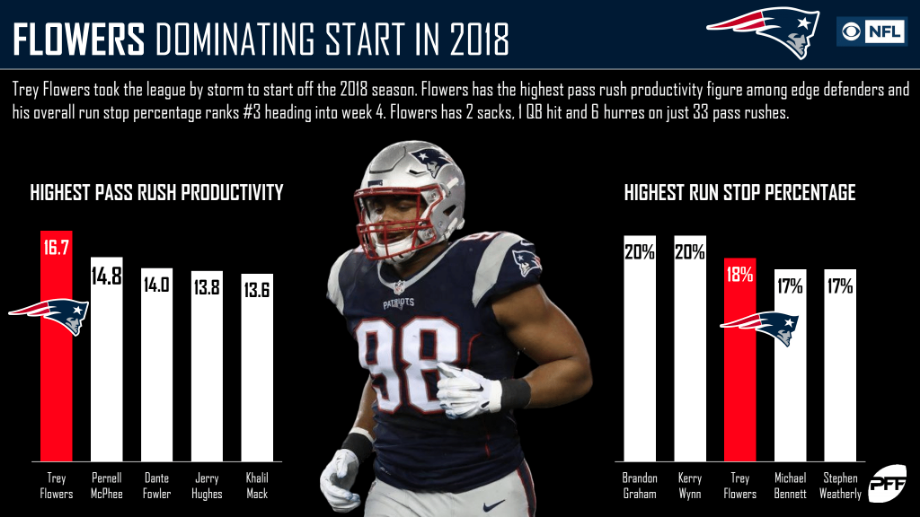 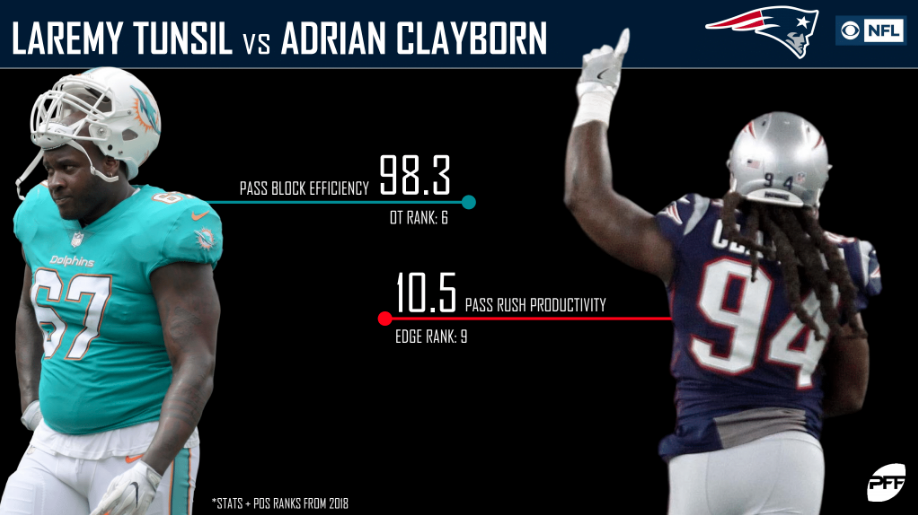 PFF Greenline has projections for the spread, moneyline and over/under of the Miami Dolphins' matchup with the New England Patriots. Get its picks here.