Beyond providing data for all 32 NFL teams, PFF also supports network broadcasters with game-preview packets that are used to enhance the in-game experience for fans and viewers. This Texans-Colts preview features the same information our broadcast partners use for team research and in-game production.

One major concern for Colts quarterback Andrew Luck coming into this season was whether or not his shoulder had regained its full strength. Thus far, it would appear that his shoulder is coming along slowly, as his average depth of target is sitting at just 5.6 yards downfield, which is not only the lowest mark of his career but the lowest mark in the NFL. 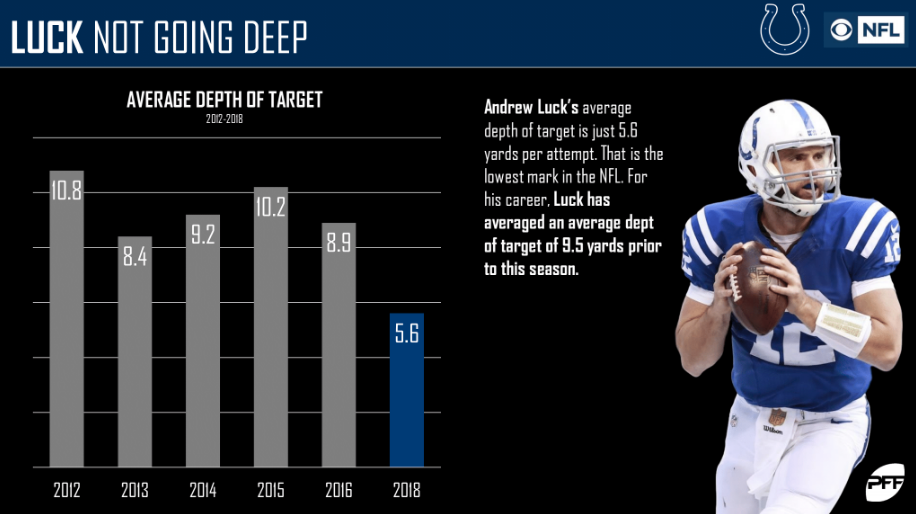 Wide receiver T.Y. Hilton has seen his average depth of target drop to just 8.3 yards. Hilton’s previous career low for was 12.2 yards, and he has only been targeted deep on 2 of his 29 targets this season. 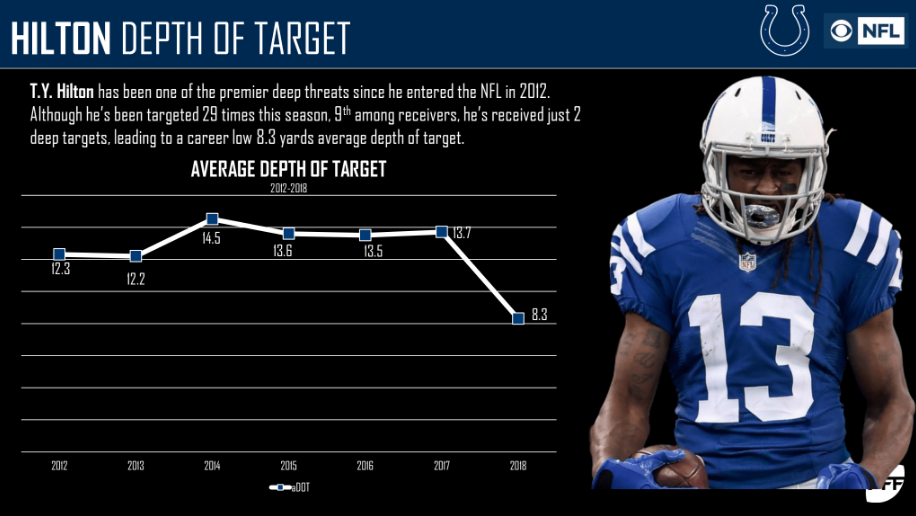 Colts linebacker Darius Leonard has jumped out to a strong start this season. Leonard ranks second among all linebackers in stops with 16 and has held his own in coverage, registering the highest coverage grade among all defenders last week. 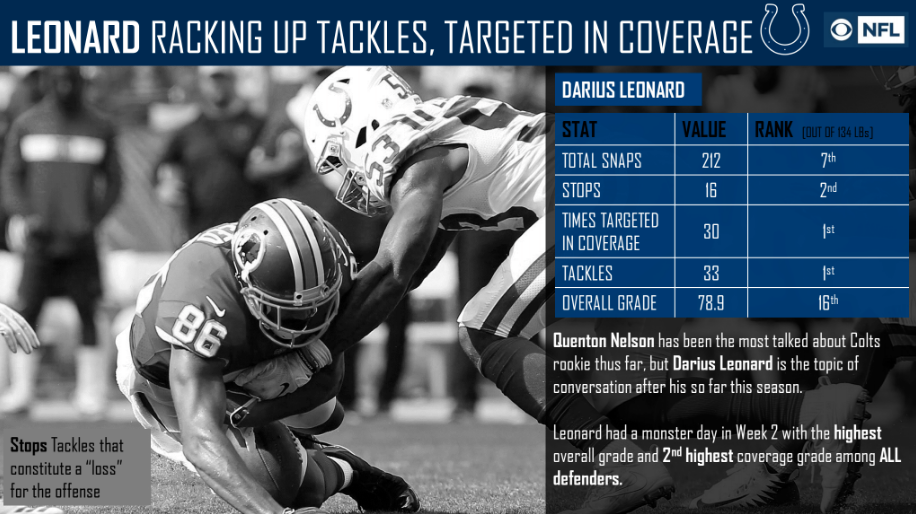 Moore shutting down the slot

Colts second-year cornerback Kenny Moore has been a pleasant surprise this season. Moore spends the vast majority of his time in the slot and has excelled there, by allowing a passer rating of just 44.0 on throws into his coverage. 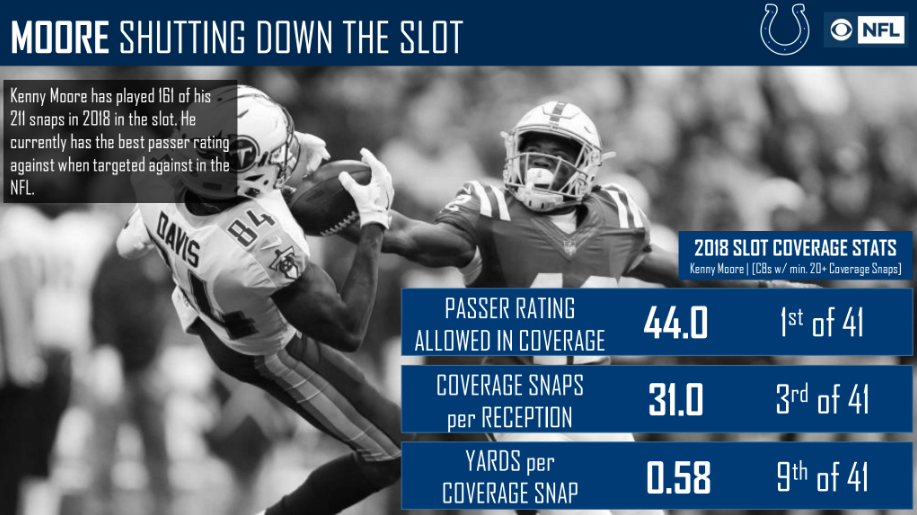 After a scintillating rookie season that was unfortunately cut short due to injury, Texans quarterback Deshaun Watson had high hopes for his second NFL campaign. Things have not gone so well for Watson thus far and one of the biggest reasons is indecisiveness with the ball. Watson is averaging a league-high 3.37 second average time to throw in 2018. 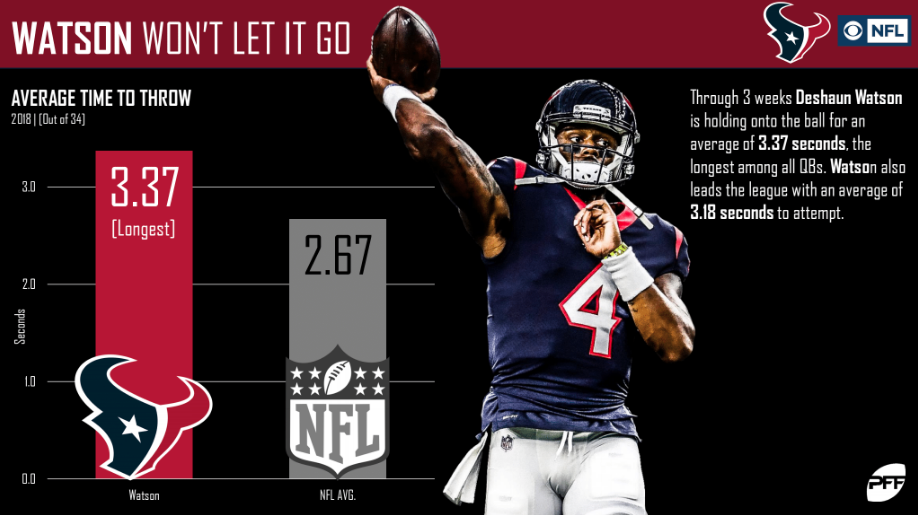 Texans wide receiver Will Fuller V has an incredible rapport with quarterback Deshaun Watson. Through six games played together, Fuller has scored at least one touchdown and generated a passer rating of at least 87.1 in every game. 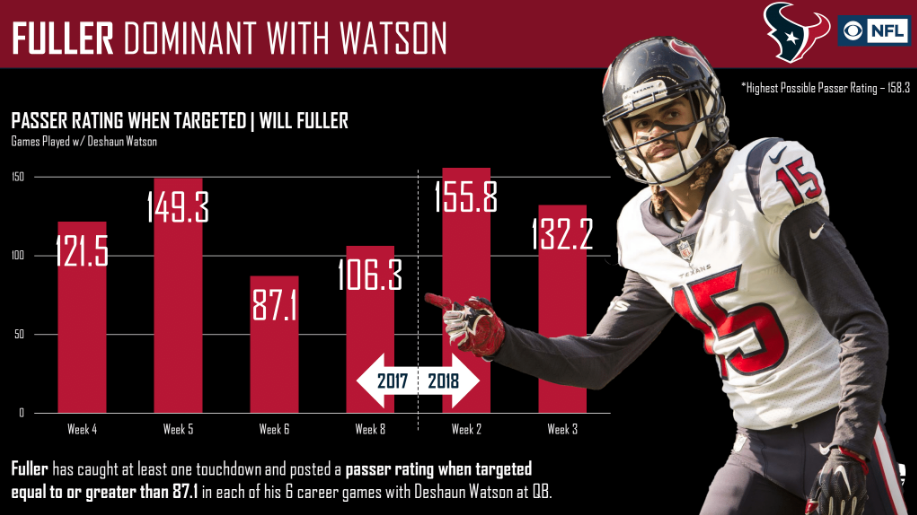 Watt is back to business

After suffering a season-ending knee injury in 2017, Texans edge defender J.J. Watt appears to be back to his dominant self this season. Despite the loss last week against the Giants, Watt was nearly unblockable as he racked up six stops, which was the most among edge defenders in week 3. 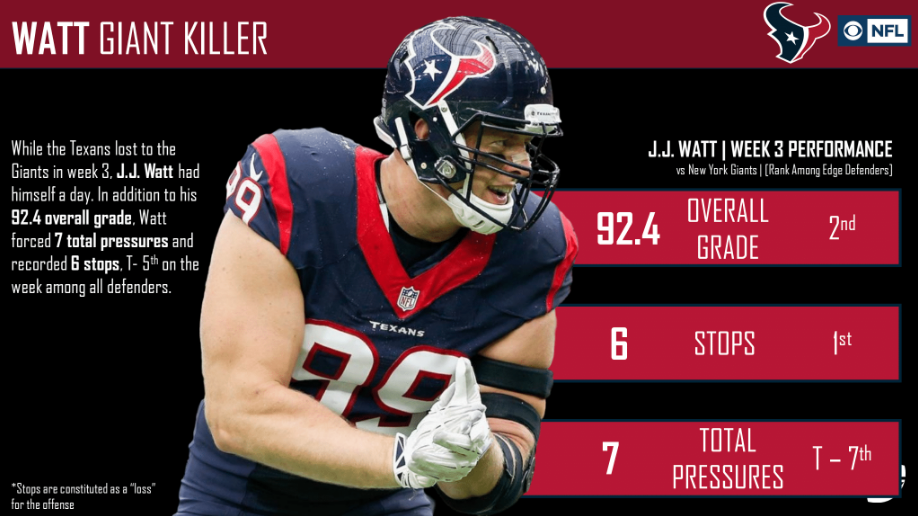 Texans safety Kareem Jackson has transitioned to safety from cornerback this season. He has already played more snaps (76) at safety than he had in his entire career prior to this season (57). The transition has been going fairly well as Jackson has posted a respectable 72.7 overall grade. 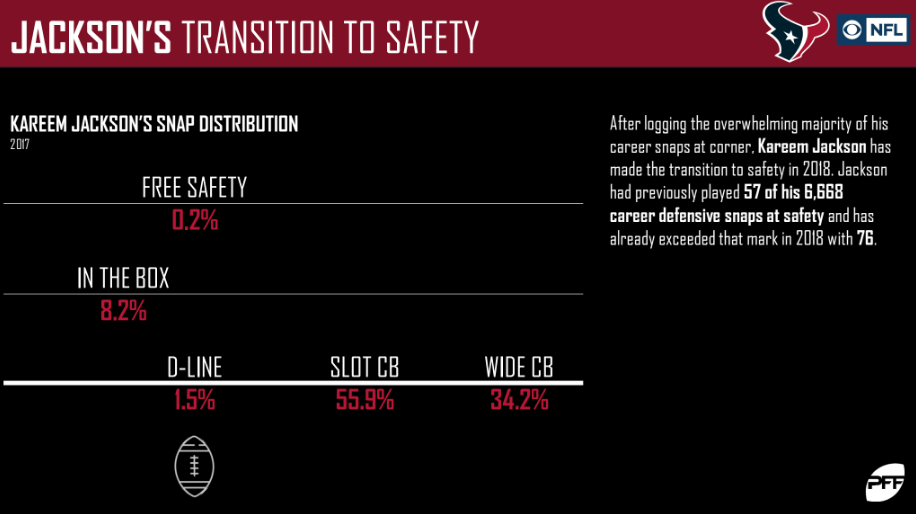 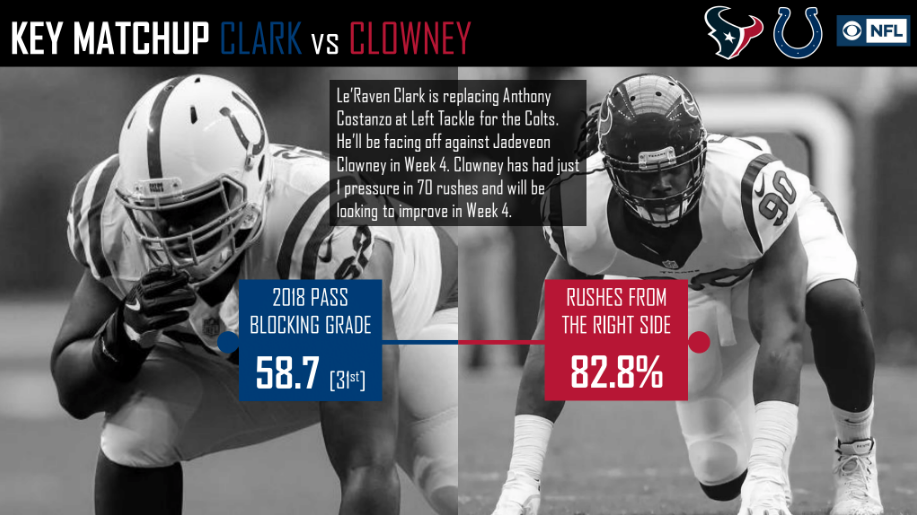 PFF Greenline has projections for the spread, moneyline and over/under of the Houston Texans' matchup with the Indianapolis Colts. Get its picks here.