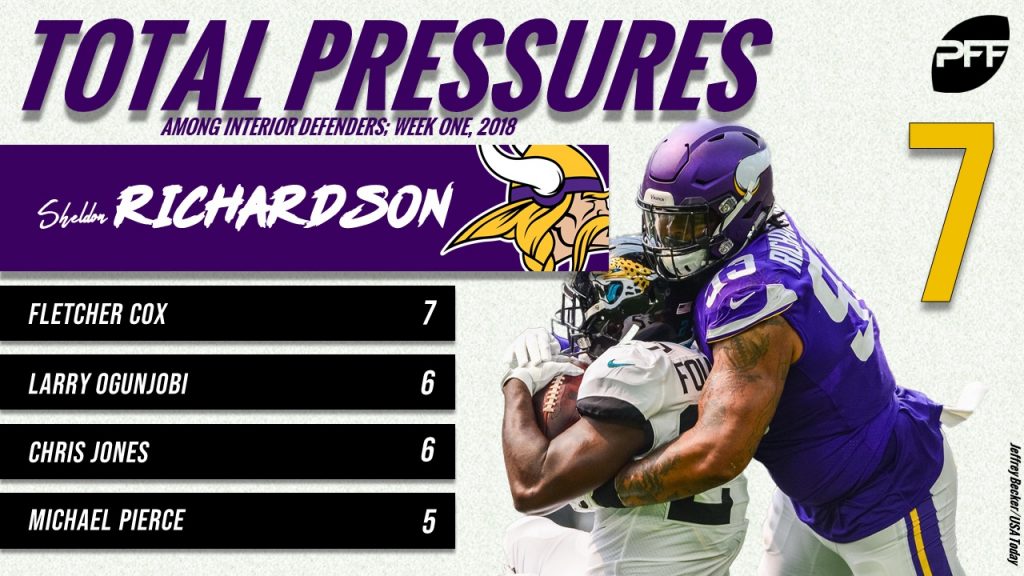 Richardson is in his first year with the Vikings, but he’s previously established himself as a force on the interior with the New York Jets and most recently, the Seattle Seahawks. In his five years in the NFL, he’s never finished with a grade below 70.0, and he’s never finished with fewer than 30 total quarterback pressures. Richardson’s performance against the 49ers was his highest graded game since Week 17 of 2016.

Joseph finished the 2017 regular season with an elite grade of 90.0. He consistently made his presence felt, posting a career-high 34 pressures and a career-high 10.7 percent run stop percentage. 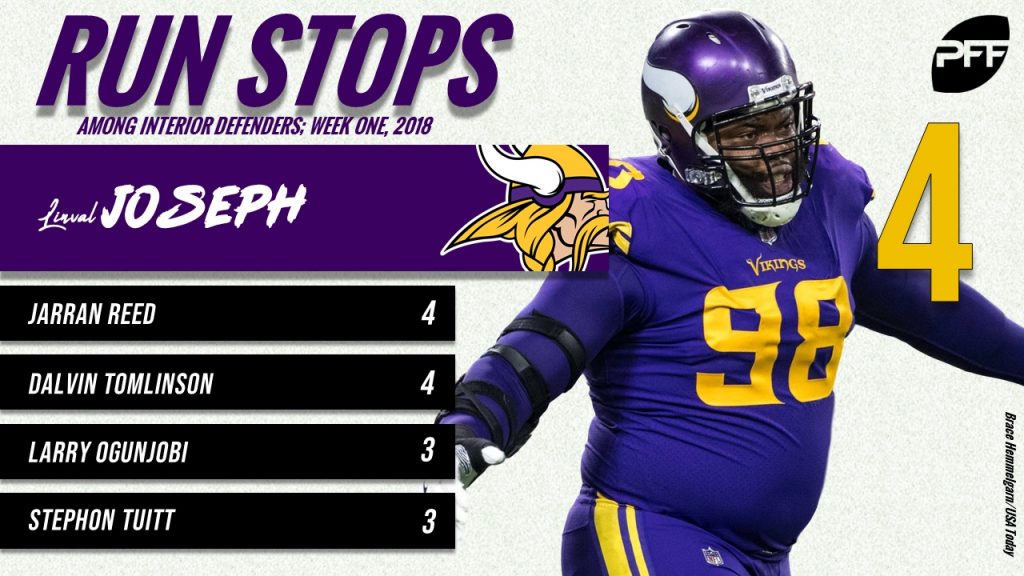 On Sunday, Joseph tied for the team lead on first contacts on run plays with four, and Richardson wasn’t far behind with three. In the passing game, Richardson excelled — he racked up seven total quarterback pressures, the most among interior defenders in Week 1 and the most he’s had in a game since 2015.

The entire 49ers offensive line graded below 60.0 aside from tackle Garry Gilliam, who wasn’t much better at 60.4. The 49ers’ running backs Matt Breida and Alfred Morris combined for zero missed tackles forced on rushes. There were only seven total running backs with 8 or more attempts who did not force a missed tackle in Week 1. The Vikings’ defensive line is that scary.

No one doubts that the Vikings have a deadly combo up front in Joseph and Richardson. It’s just that their play may sometimes be overshadowed by the other weapons on the Vikings star-studded team. However, if they keep playing as they did in Week 1, opposing teams will take notice — and their quarterbacks and running backs will suffer.