After coming away from Round 1 with one of the bigger steals of the draft in former Florida State safety Derwin James at No. 17 overall, the Los Angeles Chargers seemingly continued to prioritize value over positional need on Days 2 and 3.

James is a game-changer with great positional versatility for the safety position, as evidenced by his plus-grades in coverage, run defense and as a pass-rusher with the Seminoles. In 2017, he earned a 90.3 coverage grade and an 85.0 run-defense grade, and his pass-rush productivity (20.4) ranked No. 2 among qualifying safeties in the 2018 draft class. 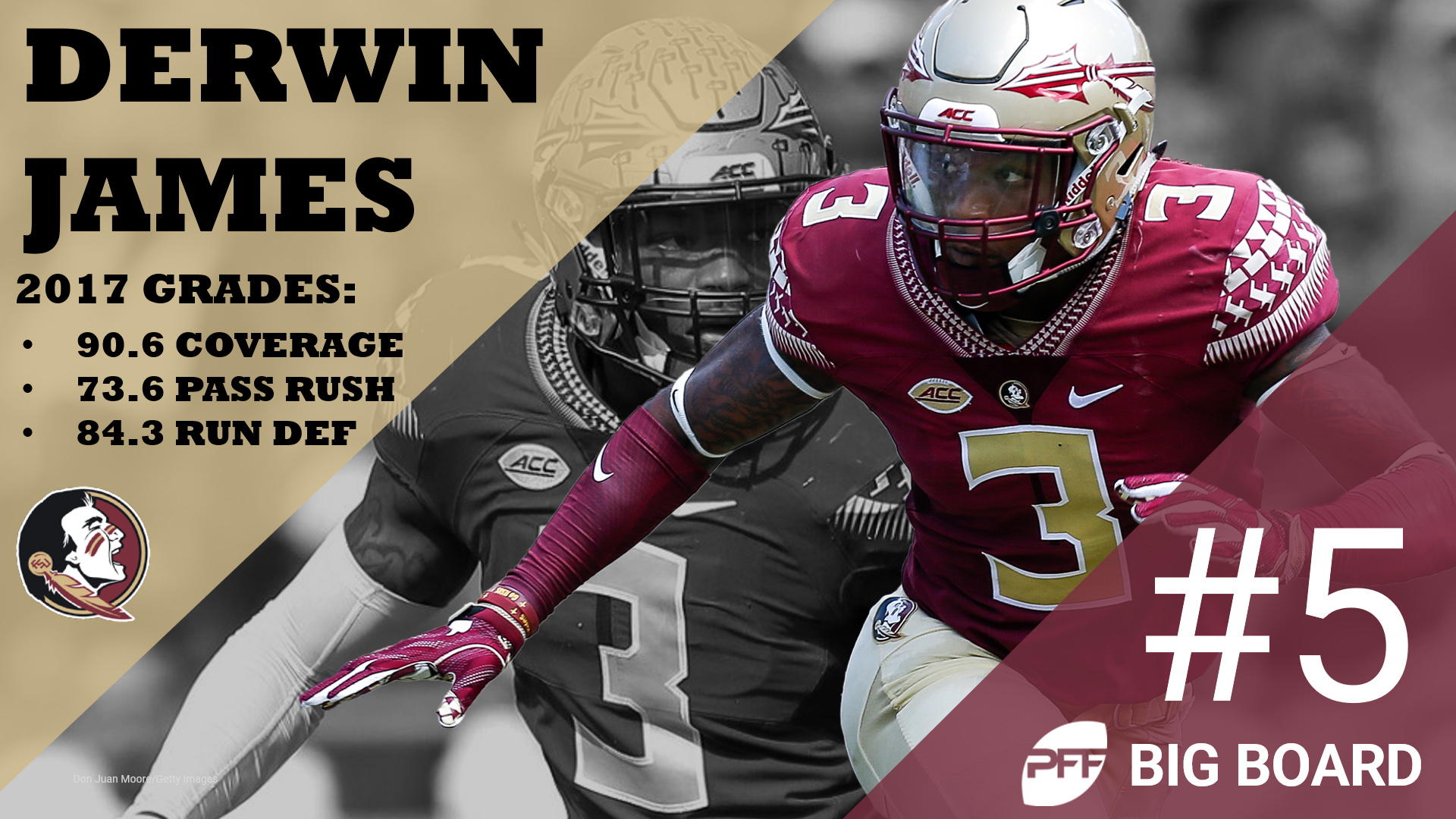 The 6-foot-2, 240-pound Nwosu is a bit undersized to take on a traditional, three-down edge role in today’s NFL, but his tweener size and high-end athleticism could play nicely in a hybrid role between edge and off-ball linebacker. He earned 79.6-plus coverage grades and 80.3-plus run-defense grades in each of the past two seasons.

Los Angeles’ selections in Rounds 3 and 4, former NC State interior defender Justin Jones and West Virginia safety Kyzir White, can both provide value as rotational depth players in their own right. Jones has star potential as an early-down run-stuffer, while White was versatile enough in West Virginia's defense to yield positive results at both box-safety and over the slot. White and Jones earned 86.3 and 76.9 overall grades in 2017, respectively.

Chargers general manager Tom Telesco ultimately turned to the offensive side of the ball with his final three picks, selecting former UCLA offensive lineman Scott Quessenberry, Texas Tech wide receiver Dylan Cantrell and Northwestern running back Justin Jackson. Of the three, Jackson stands out as the mostly likely to see playing time early in his Bolts career, as the 6-foot, 199-pounder proved quite dominant in his ability to make people miss with the Wildcats. He ranked seventh in the draft class in PFF’s elusive rating (79.0) in 2017.