Nick Chubb saw four or fewer carries in each of his first six games with the Cleveland Browns in his debut NFL season, as the team’s’ previous coaching regime stowed the second-round back behind the (not so) great Carlos Hyde to start the year. Hyde was then traded away, coaches were fired and out of the ashes rose Chubb. And he’s been every bit of the phoenix the analogy implies.

Going from 17 total carries to 136 in just six games, Chubb has taken the league by storm. The former Georgia standout now leads all NFL backs with 250-plus offensive snaps in overall grade (88.2) and ranks second behind Los Angeles Chargers’ Melvin Gordon II (90.7) in rushing grade. 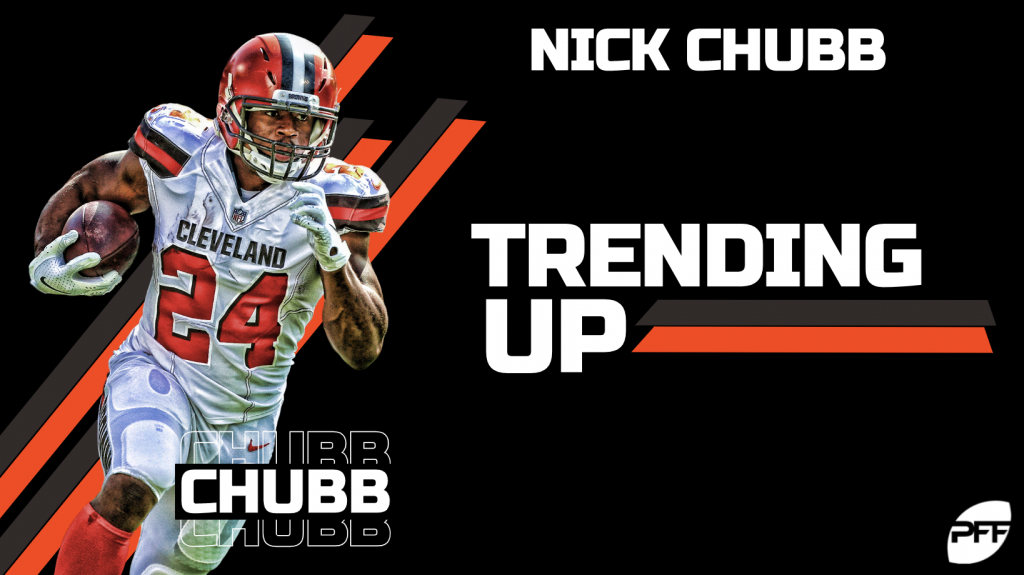 And Chubb has done so with next to no help from his big men up front.

Furthering the narrative, Chubb has been contacted at or behind the line of scrimmage on 67 of his 131 carries in 2018, and on said attempts, he’s averaged an NFL-high 3.7 yards after contact per attempt.

Only Adrian Peterson (90.8; 2007) and Alfred Morris (90.4; 2012) have earned a higher rushing grade than Chubb in their respective rookie seasons, and Chubb still has four games to go.