Below is the 16th installment of our weekly PFFELO rankings. Like all ELO systems, PFFELO is an iterative system that updates each team’s rating after each game based on two things: how well they played against their opponent and how well they were expected to play against their opponent. The PFFELO rating system measures the former using our unique offensive, defensive and special teams grades, while the latter is determined by the PFFELO ratings leading up to the game and where the game is played.

Philosophical discussions about what is and isn’t a catch aside, Sunday was yet again another display of the brilliance of Patriots tight end Rob Gronkowksi. Coming off of a one-game suspension, Gronk was off the charts, turning 37 pass routes into 168 yards (4.54 yards per route run), breaking two tackles in the process. His 2.55 yards per route run this season are 0.45 yards per route run better than the next best tight end (Travis Kelce), and is third in the league behind only Julio Jones (3.12) and Antonio Brown (2.87) if you also include wide receivers.

A second-straight road comeback win finished by Nick Foles has the Eagles in the driver’s seat for the top seed in the NFC. Foles was fantastic through the intermediate part of the field Sunday in New York, completing 9-of-17 passes for 105 yards and two touchdowns on passes between 10-19 yards downfield. Running back Jay Ajayi had his second-most carries since joining Philadelphia, generating 46 yards after contact and adding another 41 yards after the catch. It will probably be playoff time before we know definitively whether Foles and Ajayi can help lead the Eagles to their first Super Bowl appearance since 2004, but initial signs are encouraging.

After losing both Antonio Brown and the game against the Patriots Sunday, the Steelers will need to hold on tight over the last two weeks to maintain a first-round bye in the playoffs. Luckily, they have games against Houston and Cleveland coming up; a chance for Big Ben to continue to build a rapport with secondary receivers Juju Smith-Schuster and Martavis Bryant. Both players were brilliant Sunday with Brown out, turning a combined 12 targets into 173 receiving yards and a touchdown. They’ll need all of the offense they can get come January, as it’s become pretty clear they are going to struggle to cover backs and tight ends with Ryan Shazier out and Sean Davis (170 yards allowed Sunday) in the midst of a sophomore slump.

The Falcons survived Monday night in Tampa Bay to preserve the dream of their second-consecutive NFC South title. Their next big test is their second game in three weeks against the Saints in the Bayou. In their last meeting, linebacker Deion Jones continued his brilliant season by foiling a last-second drive by the Saints with an interception. If they are going to win in New Orleans, they’ll have to generate more pressure than they did against the Buccaneers (just 14-of-40 dropbacks), as Drew Brees’ passer rating falls from 115.0 to 58.4 with defenders in his face.

The Saints’ win against the Jets was a bit closer than many of us expected, despite the fact that Bryce Petty was able to generate only a 50.1 quarterback rating when clean against the Saints defense. It was the Jets ground attack (124 yards on 4.4 a carry) that hurt the Saints on Sunday, and their fifth-worst run defense in terms of yards per carry could be an Achilles heel Sunday against a solid Falcons ground attack (that gained 201 on the ground against Tampa). All told, the matchup of the week might be the one we didn’t get to see a couple of Thursdays ago due to injury: Alvin Kamara (90.1) in space against the Falcons’ Jones (87.0).

After a setback in Charlotte, the Vikings didn’t blink Sunday against the Bengals in their first home game in a month. Quarterback Case Keenum continues to defy all odds of regression, as he now holds the third-best passer rating when clean (110.9) among qualifying quarterbacks, while maintaining a passer rating under pressure that is more than double his mark from a season ago in Los Angeles. Behind the brilliant play of Harrison Smith (94.6), Everson Griffen (91.0), Linval Joseph (88.3) and Xavier Rhodes (82.8), the Vikings are 100 total yards behind Denver in the quest for their first league-leading defense since 1993. It will be that group that likely decides whether they make it to their first Super Bowl since 1976.

Wow. I was admittedly skeptical of the Rams’ ability to go into Seattle and claim the NFC West as theirs last week. It didn’t take much more than half a quarter to dispel that skepticism. While Jared Goff has gotten a lot of the press for his elevated play this season, the play of the Rams’ offensive line has to be one of the better stories in the league so far. Case in point, of Todd Gurley’s 152 rushing yards against Seattle, 67 (3.19 per carry) was before contact, and 121 of the Ram’s 244 total yards on the ground came before a defender was able to lay a hand on a Los Angeles ball carrier. After finishing 24th in pass blocking efficiency a season ago, they are 15th this season, with Goff posting a 108.8 rating when blessed with a clean pocket. They will be an interesting team to monitor come playoff time.

Back in the top 10 after some time to think about what they’ve done, the Chiefs were thoroughly dominating Saturday in what was effectively the AFC West title game. When it’s all said and done, 2017 will be looked at as Alex Smith’s best season as a professional. His 115.9 passer rating when kept clean is the best among qualifying quarterbacks so far this year, and his 1,224 yards on passes traveling more than 20 yards downfield is 137 more than the next-best player. If Kareem Hunt (99 yards after contact against Los Angeles) can continue breaking through his prolonged rookie wall, and the combination of Darrelle Revis and Terrance Mitchell can play a solid right cornerback, the Chiefs might be able to sneak up on people in the AFC.

It’s taken us a while to acknowledge the Jaguars, and for good reason. Wins against the Colts (twice), Texans (twice), Browns and Bengals are hardly eliciting data to work with, and losses to the Titans, Jets, and Cardinals are signs that this team is not bulletproof. That said, there has been real improvement at the most-important position on the football field for Jacksonville. Blake Bortles has decreased his percentage of turnover-worthy throws from 3.5 percent in 2016 (20th) to 2.7 percent this season (sixth). This has kept the brilliant Jaguars defense from having to defend short fields as much as they did a season ago, translating their 4.6 yards per play allowed (first) into just 14.9 points per game allowed (also first). A season ago those rankings were third and 25th, respectively.

Two impressive home wins have the Panthers in line for their fourth playoff appearance in five years. While a lot of our signature stats are going to look down on Cam Newton, it’s clear that he has the Panthers offense moving in the right direction. A week ago he gained 58 on the ground, his third-consecutive game with more than 50 yards rushing, and found Greg Olsen and Christian McCaffrey for 189 total receiving yards on 18 targets. That will likely be enough for them if they continue to get strong play up the middle defensively from Kawann Short (89.6) and Luke Kuechly (93.5). 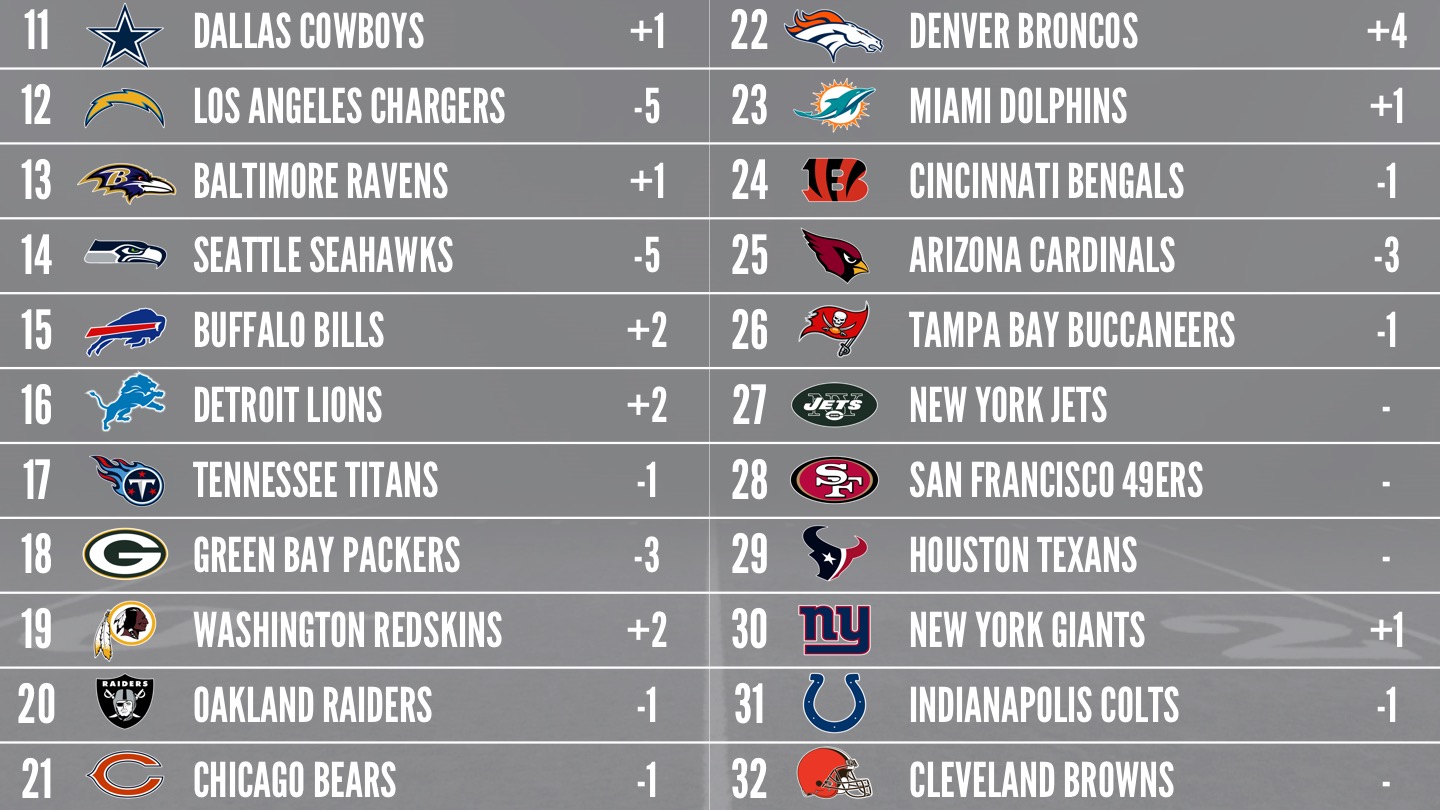