• Looking good for Josh Allen: Allen is the best quarterback in the league right now, as he leads the league in EPA per pass play and PFF grade.

• Don't count out Patrick Mahomes: The Kansas City QB is still at the helm of a Chiefs offense that is virtually tied first with the Bills' in terms of efficiency, and the gap between the top two and the third offense is quite large.

• Jalen Hurts needs to keep winning: Hurts is still playing at a high level, but it is becoming more and more apparent that he can’t hold pace against Allen and Mahomes on an individual level. This means that his MVP candidacy is closer aligned to winning as many games as possible than it is for the other two.

• A $10 bet on Mahomes to win MVP would return $60 at BetMGM — qualified bettors will also get a free PFF+ subscription and $200 in free bets!

More than a third of all regular season games have now been played, and it looks as though there are only three quarterbacks remaining in the MVP race: Josh Allen, Patrick Mahomes and Jalen Hurts.

Baltimore Ravens quarterback Lamar Jackson may rejoin the race later down the line, but right now, his chances look very slim, as both his individual efficiency and his team's success don't measure up to the three front-runners.

Every week throughout the season we will rank quarterbacks by their estimated MVP chances. These chances are based on simulating the remaining season and looking at individual efficiency stats and team success. The full methodology can be found in our initial version of this year’s MVP rankings. 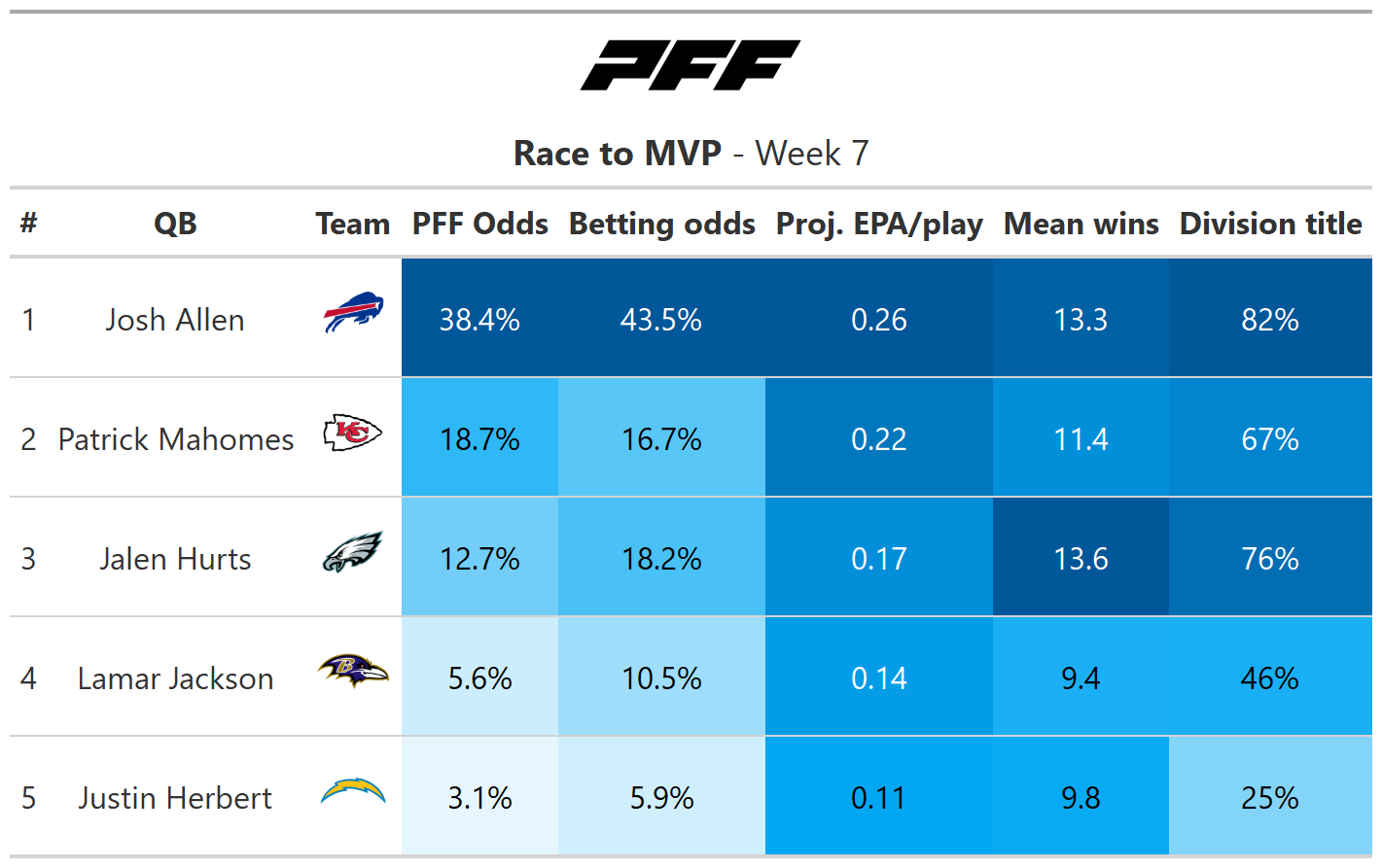 Things simply couldn’t be going better for the Bills QB right now, and he is our clear MVP favorite.