ROSEN CAN THROW IT DEEP

Josh Rosen debuted as a starter in Week 4 and immediately showed why he was considered one of the top quarterback options in the 2018 draft. His 89.9 passing grade was the third-best among all starters in Week 4, and it wasn't a result of success on shorter, safer throws. Rosen's average grade on throws of 20-plus yards was a very good 87.9. 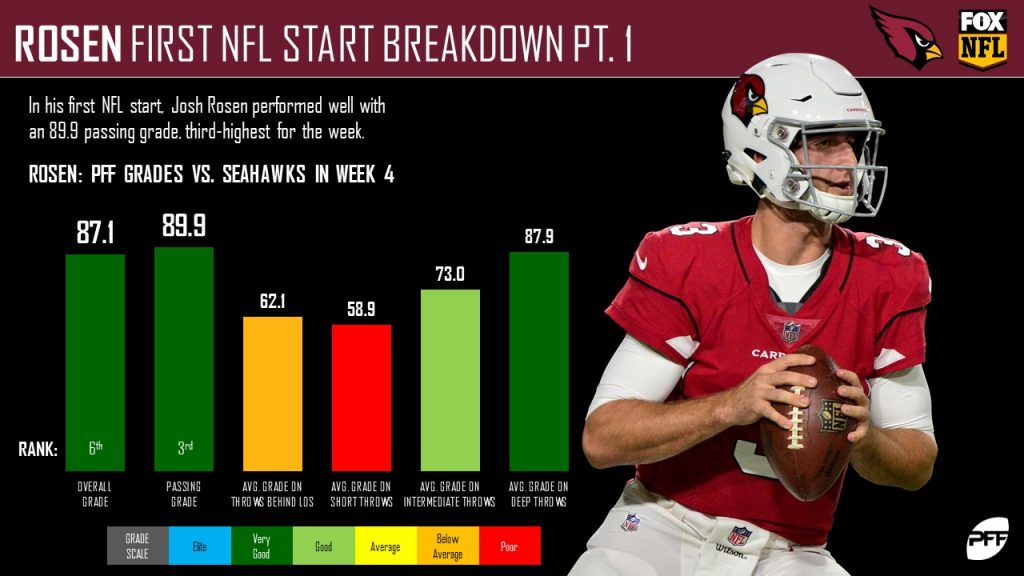 CAPTAIN KIRK IS OFF TO A STRONG START

Christian Kirk has begun to cement his place among the top rookie wide receivers for a Cardinals team that needs to develop playmakers at the position. His 80.0% catch rate ranks first in this rookie class, while his 1.33 yards per route run is fourth among all eligible first-year wide receivers. 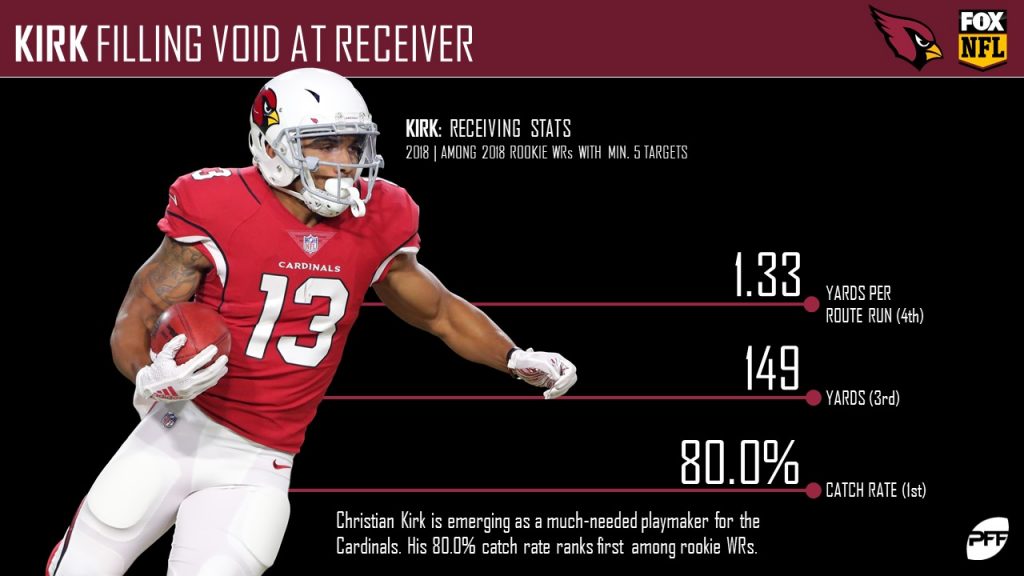 BYNES IS FLYING UNDER THE RADAR AS TOP RUN DEFENDER

While the Cardinals' defense has had its struggles overall, linebacker Josh Bynes has finished the first quarter of the season as a run-stopping machine, as his 14 run stops are second among all linebackers. Bynes is making a smooth transition from a base 3-4 defense to a 4-3, and he's making his presence known at middle linebacker. 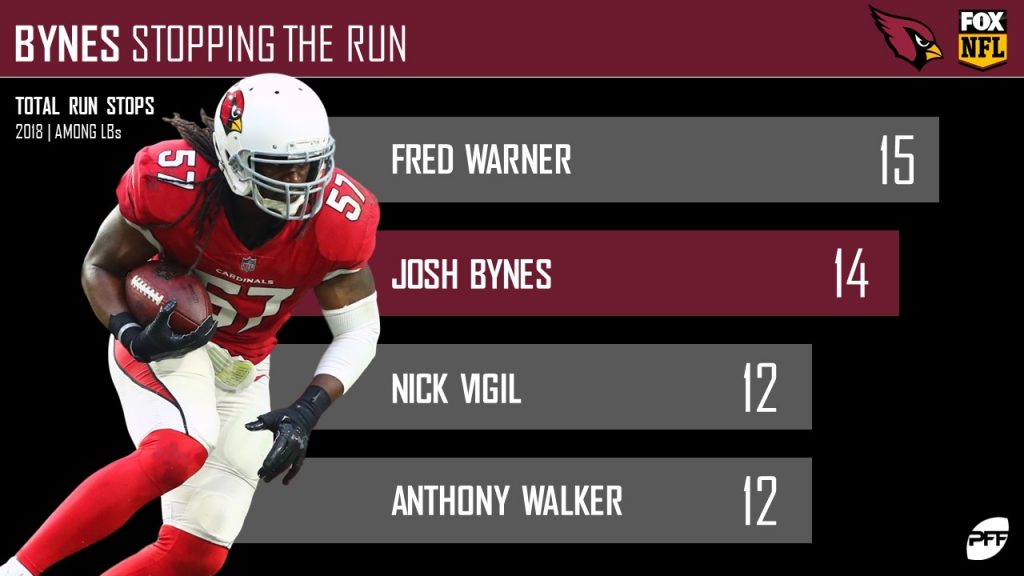 Patrick Peterson‘s ability to lock down opposing wide receivers is nothing new, but it remains impressive nonetheless. Peterson is allowing a passer rating of 30.1 on balls thrown in his direction, number one among all cornerbacks. His play through four games has earned him the second-best PFF coverage grade of 85.2. 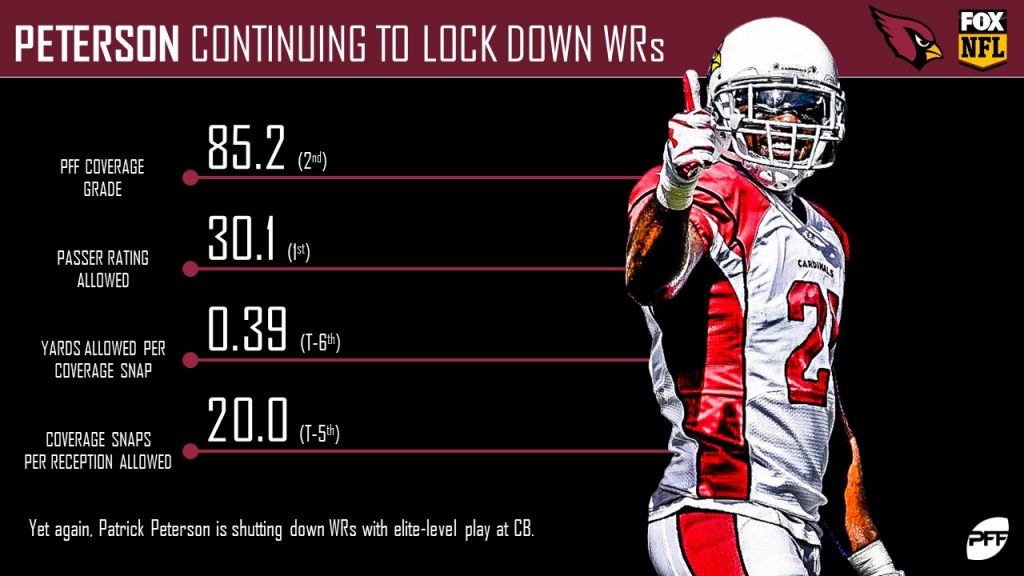 BREIDA CAN GO THE DISTANCE

Matt Breida has stepped in admirably for an injured Jerick McKinnon. Breida's 58.1% breakaway percentage, which is the percentage of a player's rushing yardage to come from rushes of 15 yards or more, is the highest mark among running backs. Brieda's 11 explosive runs (10-plus yards) ranks second in the league. 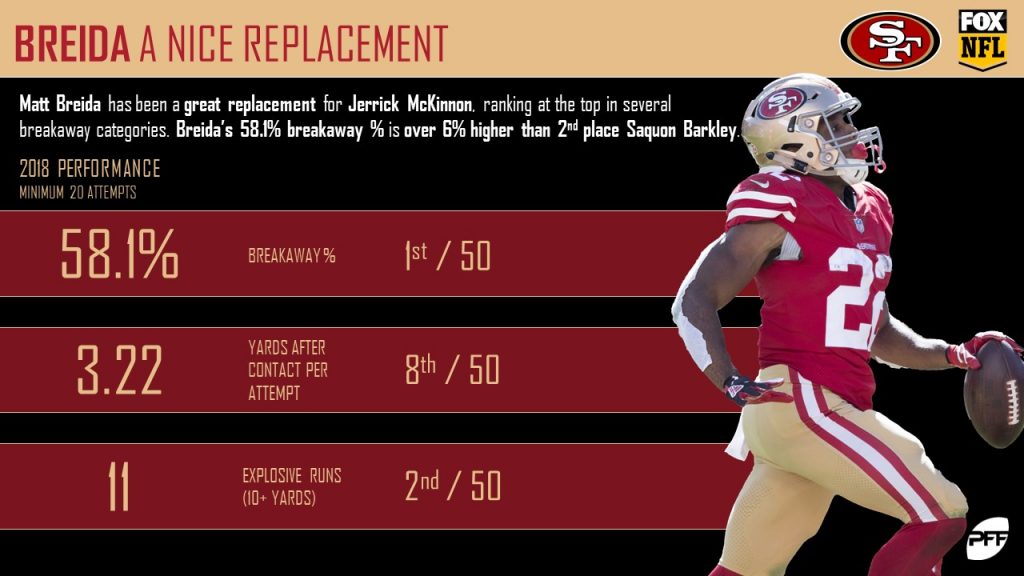 49ers tight end George Kittle has been excellent in 2018, putting himself in the conversation among the best receiving tight ends in the NFL. Kittle's 2.87 yards per route run is the second-highest mark among tight ends, while five of Kittle's nine total targets came on third down in Week 4. 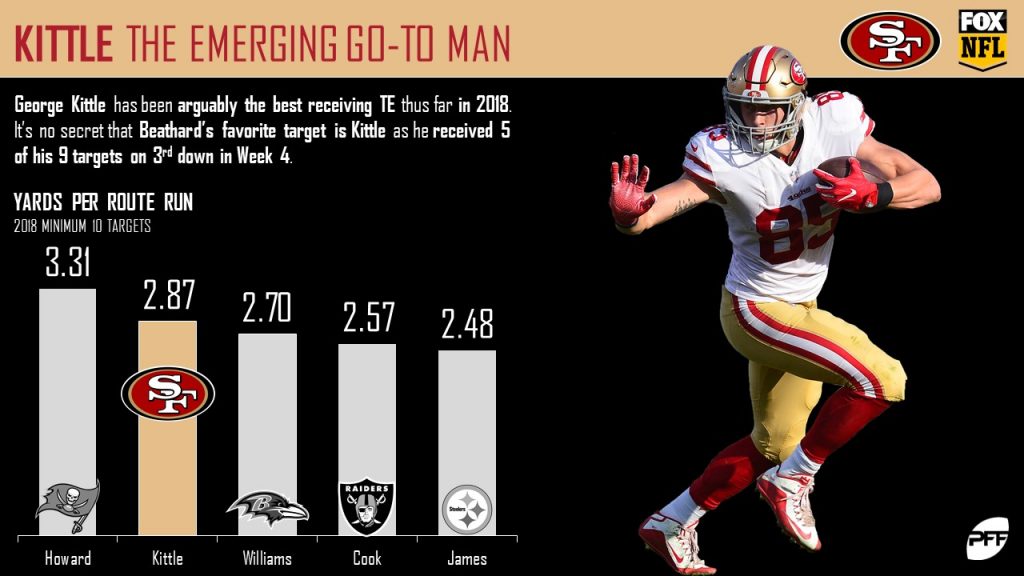 Defensive lineman DeForest Buckner is building on his strong first two seasons, having already entered top-five territory in his second year. Buckner's 17 total pressures are the third-most among interior defensive lineman, which puts him on pace to surpass his career-high 52 pressures from last year. 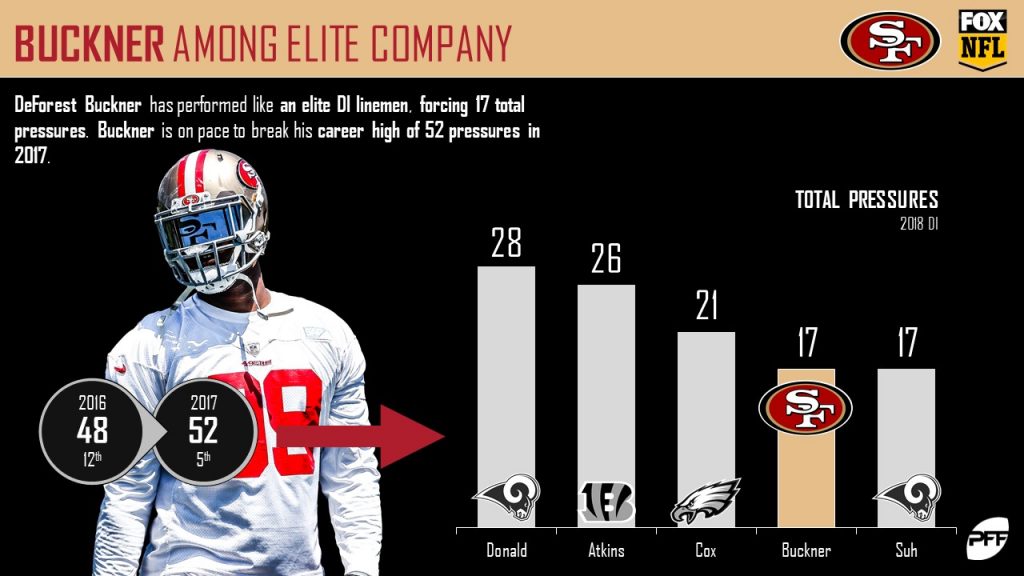 Linebacker Fred Warner is looking like an absolute steal for the 49ers in the third round of the 2018 draft. Warner's 15 run stops are the most among all linebackers, and Darius Leonard is the only other rookie linebacker among the top-10 in run stops. Warner's also been the first defender to make contact on 18 plays, second-most at the position. 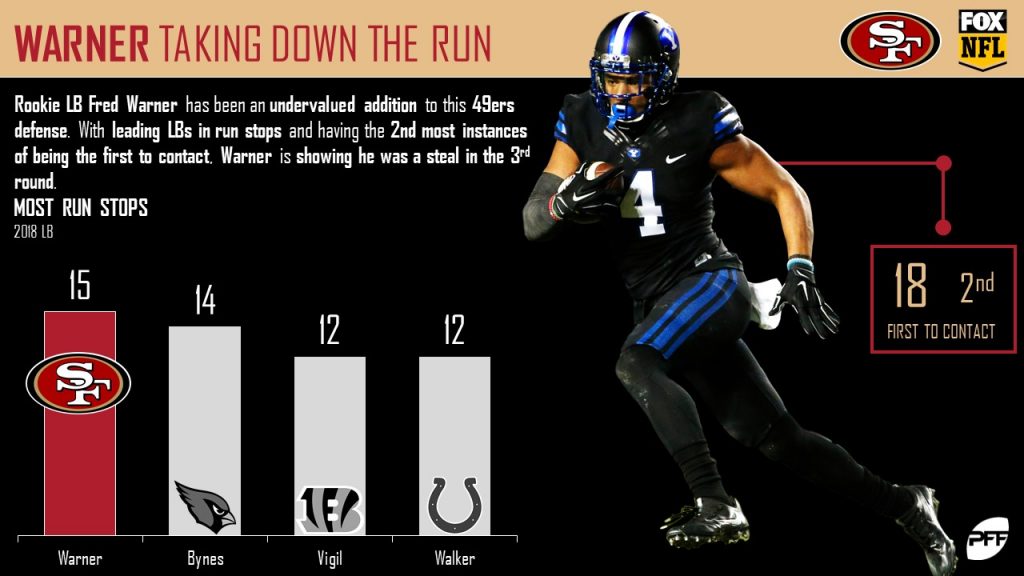 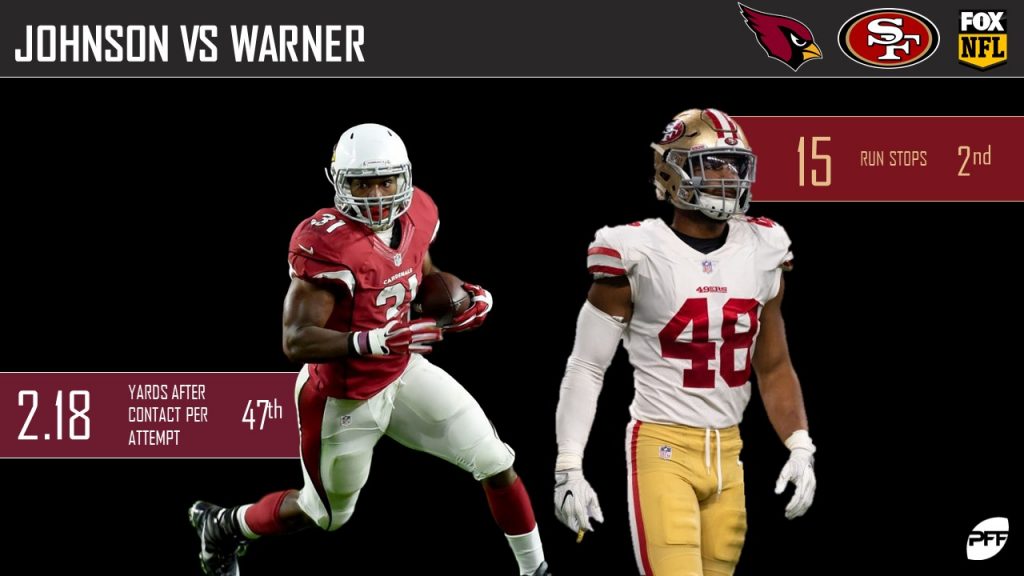