The New England Patriots‘ 2019 defense carried the team to a division title and home playoff game, even with an offensive cupboard laid bare. Last year was the only time in the entire decade that Tom Brady’s passing grade dipped below 80 (77.4). Whether it was because of a lack of weapons or simply the beginning of the end for Brady, the passing attack was not what it once was. Still, the team went 12-4 thanks to a historic defensive performance. There have been many iterations of a Bill Belichick defense over the years, but one of the constants has been his willingness to play man coverage.

Since 2015, no team in the NFL has played more snaps of “Cover 1” than the Patriots. Unfortunately, they weren’t particularly good at it from 2015 to 2017. In all three of those seasons, the team allowed a positive EPA/play when running that coverage. But 2018 was a breakout year for the club in man coverage endeavors, as it broke negative with a wildly good -.214 EPA/play in Cover 1. It was the 10th-best mark for a team playing Cover 1 since 2015.

In 2019, the Patriots were even better. A whopping -.341 EPA/play puts them in second place since 2015. They did it all while running the third-most passing snaps in Cover 1 in 2019. Offenses knew what the Patriots were going to do and still couldn’t beat them. In fact, on 80% of their Cover 1 snaps, they showed one high safety pre-snap and played it out like that — no disguised safety rotation. 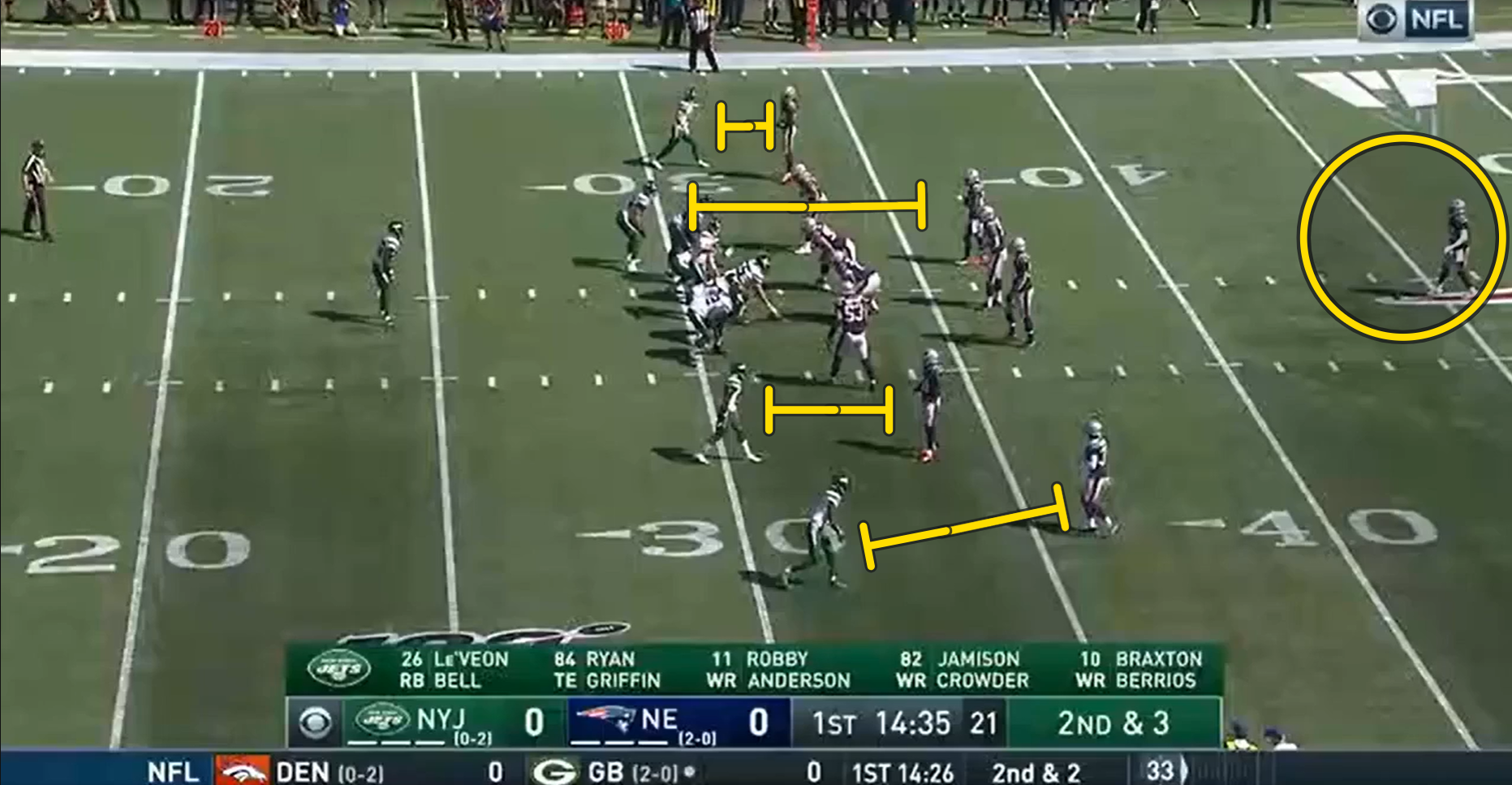 The Patriots defense was, rightfully, the talk of the league. But down in Baltimore — with the addition of centerfielder Earl Thomas — the Ravens also put together an absurdly good Cover 1 unit. The 2019 Ravens ranked seventh since 2015 in EPA/play in Cover 1. The year prior, the Ravens put together a fine effort playing Cover 1, finishing 12th in the league and producing a negative EPA/play. But the addition of an eraser in the middle of the field changed everything — they went from -.056 EPA/play in 2018 to -.262 last season.

The Patriots and Ravens were two historic man coverage squads that pummeled their opponents in very different ways.

As the image above shows, Cover 1 is a man coverage defense with a deep “zone” player patrolling the middle of the field. This was true for both teams in this study. Where they differed was whether they played with another lower “zone” defender to deal with any routes over the short and intermediate areas of the field.

This is the question you ask yourself when playing man coverage: Do we man everyone up and blitz the rest of our guys? Or do we keep another guy back in that intermediate area? The whole ethos of the defense is based on one or the other.